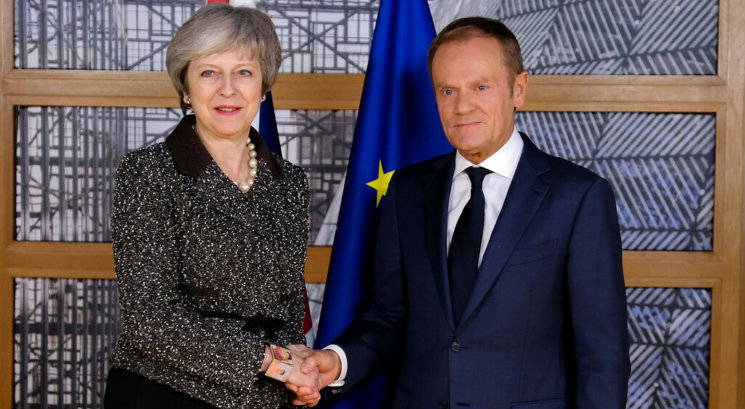 It’s a mark of the times we live in here in the UK that a confidence vote in the leadership of the Prime Minister counts only as an incidental side-show in the performance of Brexit.

At least it wasn’t a musical.

Last night’s win by Theresa May was neither the emphatic crushing of her internal opponents nor the laying waste to her authority that it might have been.

Instead it was another demonstration of the blocked nature of the Commons at present: no one strong enough to impose their will; no one weak enough to get knocked out of the running all together.

This morning, as last night, everyone fancies their chances and there remains no obvious path forward.

Perhaps the most that could be said is that now that the Conservative no-confidence motion option is closed for a year, perhaps the range of next steps is a bit narrower than before.

Parliament still has to approve the Withdrawal Agreement that May negotiated in November for it to proceed with ratification, and that still doesn’t look likely.

If renegotiation is a non-starter and revocation or a second referendum are too unpalatable, that only leaves having to swallow the deal as is.

What is unclear is how much May has used last night to make her MPs an offer on this.

Absent a different text, it’s always been clear that May’s other gambit would be to note that the Withdrawal Agreement only deals with the ending of UK membership of the EU and not the future relationship between the two.

With that in mind, May’s implicit suggestions that she would step down once withdrawal had occurred would allow the party to choose new leadership to make decisions about the future path, which – lest we forget – is where much of the criticism lies.

This might work if one takes the view that the unwillingness of Tories to push for a leadership vote until now reflects an understanding of the limited options available to the UK if it desires a negotiated exit for the EU: better to keep May in and blame her for the necessary compromises than to kick her out and then have to owe the problem yourself.

Of course, by that logic, there wouldn’t have been last night’s vote at all.

And this is perhaps the key point in all this: logic is not necessarily in much supply right now in Westminster.

If we take the “what the absolute fuck is going on” view of this situation, a confidence vote on May looks like the option with the fewest down-side risks. Put like that, it’s a means of ‘doing something’ and venting steam, even if it’s also the option with the least chance of making a real difference to the final outcome.

May’s mantra that ‘nothing has changed’ always had the ring of desperation and denial about it, but in this case it does represent pretty accurately the reality of the situation.

May’s still in Number 10, she still has the only negotiated deal on the table, she still lacks the majority needed to get it through Parliament, and her opponents all lack a majority to force her to change course.

As I’ve pointed out on previous occasions, Brexit is a negative-sum game: it’s about the allocation of costs between the parties and no-one gets to avoid carrying some of them.

Put more simply, Parliament faces a selection of bad options, each problematic in its own way: both to decide and not to decide will incur political, economic or social costs of some kind.

The danger now is that for each of those options there are enough people able to block that option happening that the only option left – not deciding and thus leaving without a deal at all – takes place, imposing much greater costs on the UK collectively.

Unless and until MPs recognise that this is the situation they face, it’s hard to see how this impasse can be resolved to anyone’s satisfaction.

May might have survived her vote last night, but she is certainly not out of the woods yet.

By Dr Simon Usherwood, Deputy Director of The UK in a Changing Europe. This piece originally featured on the University of Surrey.