Nothing in life is irreversible. Not even Brexit! 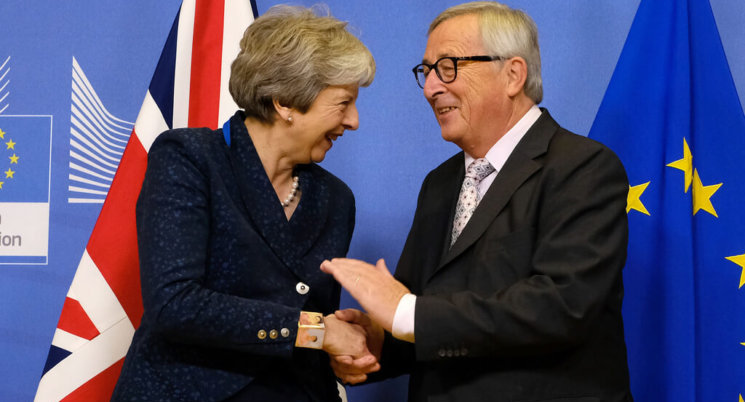 The European Council has approved the Brexit deal, and so will the European Parliament. In London it has been a difficult process and the consent of the House of Commons is far from certain. What a contrast compared to the EU27!

There are no other exit candidates at all: on the contrary. In the midst of euro-negativism and after Brexit, it is striking that a recent Eurobarometer survey shows that public approval of the EU has reached an all-time high, with 62% of people believing EU membership is a positive thing and 68% believing that their country benefited from being a member.

In the age group of 18 to 29, 73% say they have positive feelings about Europe. Three out of four Europeans see the euro as a good thing for the EU as a whole. Euro-negativism does not represent a majority. Not at all.

Brexit is not the beginning of the end of the Union. The United Kingdom is less united after Brexit. It can even lose Scotland if it all ends in a ‘no deal’ Brexit. The European Union is losing a key member but the European caravan continues on its way, without the UK.

It seems that leaving the Union after 45 years of marriage is much more difficult than the Brexiteers thought. It is one of the many miscalculations that the British government has made. Britain is one of the least integrated countries of the Union, not being a member of the Schengen area or the eurozone. But even its exit is a huge task.

Months ago I said that at the end of the day Britain will remain in the customs union and in the single market. This prediction was not shared by British diplomats and experts. I’m almost right.

In the case of negotiations on a FTA, the problem of the Irish border comes to light again. Technology does not solve the problem. If no other solution is found, activating the ‘backstop’ that is foreseen in the divorce treaty is inevitable. According to the exit treaty, the UK will remain in the customs union, and close to the single market.

The negotiations on the future relationship will show that leaving the internal market will mean less prosperity. It is one of the few examples of how you can make a choice against your own interests. In general, ‘more control’ is an illusion in an interdependent world.

A period of uncertainty is now starting for companies. After the separation, there will be the transition that will take two to four years. If no FTA is concluded, the UK will fall back on the customs union.

If Westminster rejects the draft divorce treaty, the UK faces a ‘no deal’ Brexit. I cannot imagine that a responsible leader will accept this catastrophe for his or her own country.

Reason should take the UK back from the edge of the abyss, or remove the knife from its throat. The draft treaty can be presented to Parliament a second time. If it fails again, then a political crisis is the ultimate solution. New elections will make a postponement of Brexit inevitable, and also cause the organisation of European elections. A second referendum would come closer.

What was highly unlikely a few months ago may become logical in the following period. Those who hope for a second referendum are against the current draft treaty. The extreme Brexiteers are their allies: the enemies of my enemies are my friends, as they say.

I add one more consideration. In the ‘future relationship’ there is a lot of talk about security and defence. After all, the UK is a nuclear power and a permanent member of the UN Security Council.

But in the past it was precisely the UK’s opposition that prevented the European pillar from being created in NATO. The EU will work closely with the UK but it cannot stop us from moving further towards the dream of a European army.

In this type of negotiations one has to act step by step. The step taken yesterday is important. Do not let us think too far ahead and prepare every new stage well. The next hurdle is the approval of the House of Commons. Wait and see. A very British expression!

In the distant future there is another wisdom: nothing in life is irreversible. Not even Brexit!

By Herman Van Rompuy, Belgian politician, who formerly served as Prime Minister of Belgium and then as the first President of the European Council.