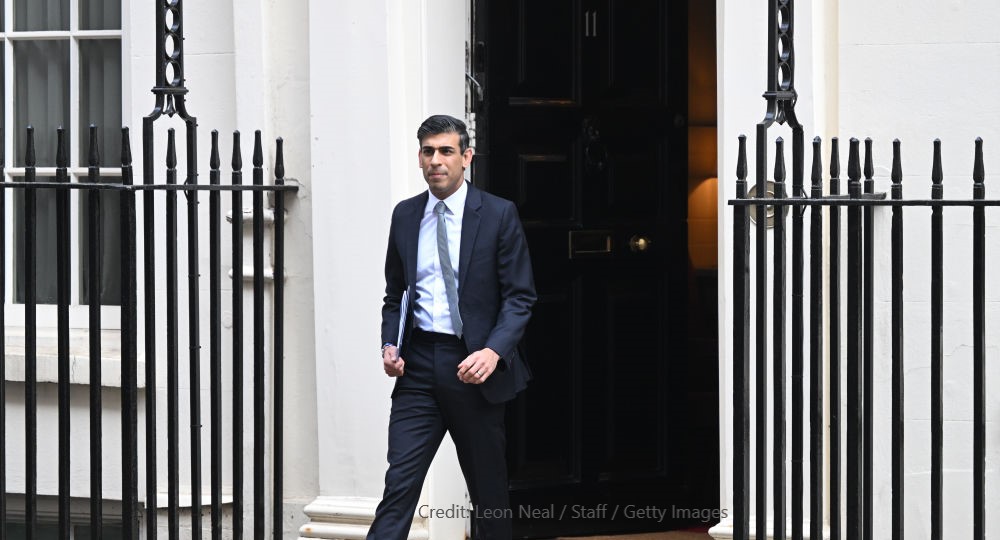 The Office for Budget Responsibility is an exemplar of the technocratic governance that has become a pervasive feature of economic management in advanced democracies. Its commentary on the Chancellor’s Spring Statement raised some eyebrows amongst the commentariat, who detected unexpected normative overtones.

A report in the Times (behind paywall) suggested Sunak ‘viscerally hates’ the OBR for being too doom-laden and overly political.

As this episode reveals, and my recent article explores, there is a yawning gap between the theory and the practice of technocratic economic governance. It supposedly renders economic policy a realm of dispassionate administration, yet the OBR’s commentary on the Chancellor’s spring statement, and its other activities, reveal the multifaceted politics inherent in the operations of this independent and ‘apolitical’ body.

The OBR’s creation by the Conservatives in opposition in 2009, and imbrication in 2010 in partisan fiscal tussles over Labour’s alleged profligacy, gives the lie to outsourced, technocratic economic governance being apolitical.

Over a decade later, it remains the case that any OBR narrative, whether supposedly normatively charged or not, is an intervention in the politics of UK economic management. The OBR’s independent fiscal overseer status notwithstanding, it is inexorably embedded in the politics of UK fiscal policy.

Shifting economic forecasting from the Treasury to the independent OBR was an important change to the transparency and reliability of official UK economic policy evaluation. For the first time, the producers of the forecast were not line-managed by the Chancellor, eliminating much of the scope for political manipulation in the presentation of UK fiscal policy.

The economic conjuncture in the 2022 Spring Statement was dominated by geopolitical tensions, war in Ukraine, and steep rises in energy prices. These compounded ongoing threats from omicron, post-Brexit supply bottlenecks, and already rising inflationary pressures, all hitting an economy that had only just regained its pre-pandemic level of activity.

Dramatically rising energy prices constituted a ‘terms of trade’ shock similar to 1970s, the impact being a significant lowering of living standards. Higher inflation – set to reach a 40-year high by the end of 2022 at 8.7% – threatens to erode real incomes, undermining consumption. This drives the OBR’s substantial drop in forecast economic growth – down from 6% anticipated last October to 3.8 %.

The OBR’s commentaries and narratives are inherently political artefacts. Each intervention shines the spotlight on some data to make a compelling political point. Last time, in October 2021, it was how Sunak’s tax rises took ‘the tax burden from 33.5% of GDP recorded before the pandemic in 2019-20 to 36.2% of GDP by 2026-27 – its highest level since late in Clement Attlee’s post-war Labour Government in the early 1950s’.

This time, an OBR headline was that real living standards face ‘the biggest single financial-year fall in living standards since records began 66 years ago’, worse than during the oil shocks of the ‘70s and ‘80s. One key issue the OBR highlight is the 5% fall in the real value of welfare benefits in 2022-23.

This line of interpretation throws into relief Sunak’s questionable policy choices. The British state combines an historically high tax take with economic policy outcomes that exacerbate inequalities and makes ordinary families worse off. This is a world away from the broadly egalitarian rationale of Attlee’s post-war welfare settlement.

Real earnings will continue to struggle to regain pre-2008 levels, and the OBR envisage we won’t be there even by 2025. That earnings and income have not really risen for many over a 20 year period is unprecedented in modern British economic history. Meanwhile, government tax and other policies have further shifted the fiscal balance – burdening those of working age, favouring homeowners and pensioners, and bolstering an asset-rich Conservative electoral constituency. Those in work face particularly big falls in real incomes.

Looking ahead, the OBR foresee a windfall due to some improving economic news (tax receipts up £37bn in 2024-25). Two thirds of this is eaten up by higher inflation and interest rate costs, but nevertheless the Chancellor can look forward to an additional £14 billion to spend. As this indicates, the Chancellor has some fiscal space to concentrate on his political priorities.

These, the spring statement indicated, are not helping the poorest and worst off in society, or providing for funds for spending departments. Their funding settlements (agreed last autumn) are eroding in value due to unexpectedly high inflation.

Public sector workers are therefore likely to face further squeezes on their pay because Sunak chose not to provide additional public sector funding in response to higher inflation. Instead, the Chancellor’s priority is personal tax giveaways in the run up to the next general election.

The OBR’s analysis of Brexit effects also finds further corroboration of its expectations of negative Brexit impacts on trade flows. Fresh evidence supports its assessment of the lower UK trade intensity resulting from Brexit that the Office has been forecasting since November 2016 (see the Economic and Fiscal Outlook of March 2022 p 62-4. Chart 1, Box 2.6). Although the Office notes it is difficult to disaggregate Brexit effects from Covid-19 effects, the UK has become a less trade intensive economy, seeing dramatic falls for the UK relative to other G7 countries.

On Covid-19 specifically, the OBR counsels caution, with UK and global cases rising again. They warn of the risk of the emergence of a vaccine-escaping variant, and how this could lead to a further sharp contraction in GDP, and could increase the already significant (2% of GDP) long-run economic scarring effects that OBR forecasts ascribe to Covid-19.

Overall, long-term adverse economic and productivity effects of the financial crisis, Brexit, and the pandemic are expected to continue to weigh down on UK output (Economic and Fiscal Outlook, p. 12), limiting future policy possibilities by making Britain poorer as a nation.

In the late 20th and early 21st centuries, governments introduced fiscal policy rules to reassure electorates and financial markets that they were sound custodians of the public finances. This helps explain the back story as to why the OBR is called upon to adjudicate upon the government’s fiscal rules twice a year.

Such ‘depoliticisation’ supposedly took fiscal policy away from fractious parliamentary politics, moving it towards the realms of technical administration. Yet far from taking the politics out of fiscal policy, the advent of fiscal rules– and the OBR – engenders new forms of contested fiscal politics and elite statecraft. This politics may be hidden, but remains burgeoningly present.

By Ben Clift, Professor of Political Economy at the University of Warwick. His Leverhulme Major Research Fellowship project explores the Politics of the OBR and technocratic economic governance in Brexit Britain.