October extension: how significant are divisions among the EU27? 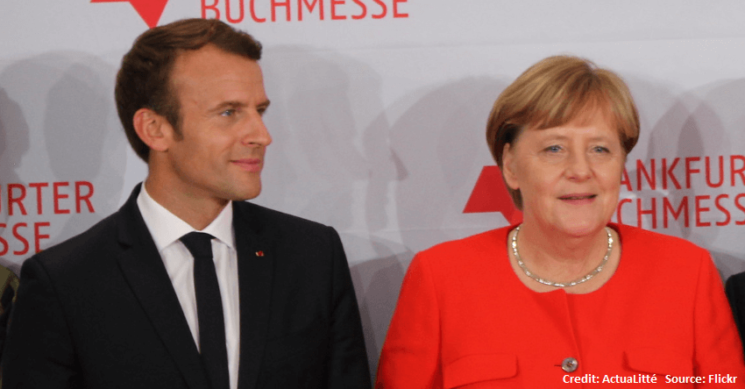 Now that the Parliament has adjourned for its Easter break, there is time to reflect on the Brexit extension that the European Council and the UK agreed ten days ago.

To summarise the new arrangements: (a) the new deadline for the UK leaving the EU is now 31 October; (b) the UK will leave before then if Parliament passes the Withdrawal agreement; (c) if the UK fails to hold the elections for the European Parliament, it will leave the EU on 1 June without a deal; (d) the European Council will review progress in June 2019, but this session will not be another cliff edge moment, but will merely aim to take stock of the situation.

Before this new arrangement was agreed, there were splits and some fiery discussions among the 27 EU member states. In particular, significant divergences emerged between the French President, Emmanuel Macron (who pushed for a short postponement), and the other EU leaders, including the German chancellor Angela Merkel and the president of the European Council Donald Tusk, who sought a longer delay – until December 2019 or March 2020.

These provided a nice relief, perhaps, and shifted the spotlight away from the internal struggles of the House of Commons or the Cabinet. There are six points about these intra-EU tensions worth discussing in more detail.

First, the story of France being completely isolated against the rest of EU member states appears a bit of an oversimplification. It is true that Macron was the most vocal leader opposing a long extension and that French diplomats spent considerable political capital to shorten the new Brexit date. Yet, as much as a dozen countries were quite cautious in their diplomatic approach – albeit while, in principle at least, fine with a longer deadline. Six countries (including Austria and Luxembourg) were said to be closer to the French position and favoured a short extension.

Second, the image of Germany playing the good cop to France’s bad cop in this round of the Brexit negotiations is misleading. The good/bad cop routine usually involves group work, joint preparation and a common strategy.

German and French diplomats were in close contact before the European Council; Macron and Merkel themselves had a bilateral meeting where they tried to coordinate on the type of extension to be offered to Theresa May. However, the divisions between the two governments appeared to be genuine and not directed to gain an advantage over the UK. Numerous voices reported that German diplomats were deeply enraged and irritated by Macron’s moves.

Third, we might ask: to what extent was this split significant? My hunch is that we should not read too much into it. It is true that this Franco-German divergence was one of the first notable cracks within an otherwise remarkably united EU camp, and certainly one that was played and aired publicly. However, rifts had already emerged in March 2018 when the EU and UK agreed what later became the Withdrawal agreement.

Most importantly, we also have to consider that the negotiations are still stuck in what in the early Brexit era was known as Phase One (the divorce issues). On citizens’ rights, the UK’s divorce bill and the Irish border (once they agreed that the Northern Irish issue would be an EU priority), EU27 diplomats had a relatively easy job in finding a consensus, and so forming a united position. After all, who would be against granting European citizens as many rights and guarantees as possible, or against obtaining as much money as possible from the UK?

Going forward, though we should expect more splits and divergences among the EU27. Indeed, intra-EU splits and divergences are quite normal – the anomaly is actually the almost frictionless EU consensus of the last two years. As a result, EU officials will certainly need to devote more time and diplomatic efforts to achieve this consensus when/if the future EU-UK relationship is negotiated, and different interests and trade-offs are to be balanced. However, the EU unity will ultimately likely hold also in those circumstances.

Four, the French position was considered by the other EU states uncooperative and out of touch with sentiments in Brussels. Macron was widely seen as taking hard line or playing hard ball in the Brexit debate, and his intransigence was compared to De Gaulle’s. No doubt Macron wanted to make a stand for domestic and personal reasons, and he probably overplayed his hand and mis-read (in part) the mood of other EU leaders.

Yet, on closer inspection the substance of the French position appears less extreme or unreasonable. Not only was it closer to what Theresa May had officially requested (an extension until 30 June); it was also broadly in line with what EU leaders had decided only three weeks earlier – that an extension beyond 12 April would be granted only if the UK could indicate a concrete and precise plan to move forward.

Although the UK government failed to provide such a strategy, EU leaders were very quick to move beyond what they stated in that March summit. In addition, many European industries and companies have suggested that – however harmful a no deal Brexit will be – a longer extension (which will lead to prolonged uncertainty) is probably even worse for their future operations.

Five, we also have to consider that these intra-EU Brexit discussions are happening within a larger context – in particular at the same time as debates over eurozone reform. France has been attempting to create a budget to fund investments and convergence measures in the eurozone, and these attempts have found lukewarm (and limited) support from Germany and stronger opposition from the Netherlands and other Northern states.

Finally, one point that did not seem to feature prominently in the EU27 Brexit discussions was the complications for them of the UK running European Parliament elections in May. In June 2018 the EU decided to reduce the number of MEPs from 751 to 705 – reallocating 27 former UK seats to 14 other countries. If the UK holds elections, this re-allocation will have to be halted and the current system maintained.

This is creating uncertainties around the electoral competitions in these 14 member states, and organizational and political problems are arising, not least in Ireland. What will happen to these extra seats if the UK elects its parliamentarians but then votes to leave the EU? In this case, a likely scenario is that these 14 countries will elect the extra MEPs in May, who will then remain on hold until Brexit finally occurs.

By Nicola Chelotti, co-investigator at The UK in a Changing Europe and a Lecturer in Diplomacy and International Governance at Loughborough University London.