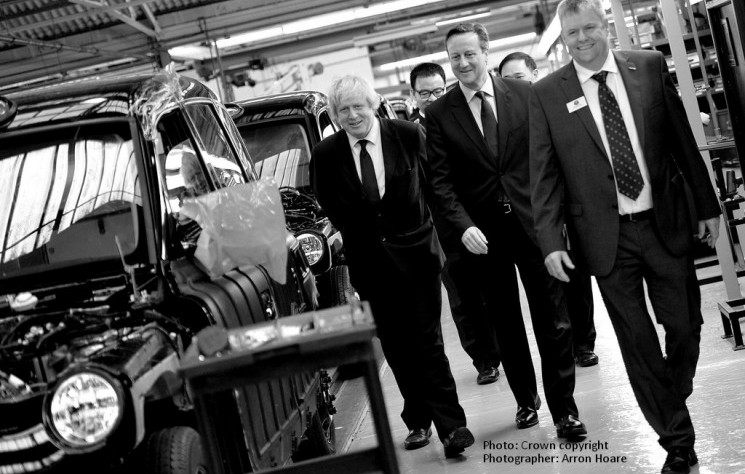 On a scale of one to ten starting at crushingly predictable and running all the way through to complete and utter shock, David Cameron’s announcement that his colleagues would be permitted to campaign on either side of the referendum campaign surely registers at no more than a two or three.

Harold Wilson, the last British Prime Minister to hold a nationwide vote on Europe back in 1975, did exactly the same thing – and for exactly the same reason. To have done anything else risked prompting resignations on a scale that would inevitably call into question not just the government’s authority but his own leadership, too.

But just because Cameron is bowing to the inevitable doesn’t mean that we should dismiss his decision too lightly. For one thing, it is tantamount to confirmation – if anyone really needed it – that he himself intends to campaign against Brexit. For another, it represents an admission of defeat, at least in the sense of his being unable to persuade a significant slice of his own Cabinet that whatever concessions he extracts from Brussels will not come even close to the kind of fundamental change which they regard as vital.

Quite who will decide to come out openly for leave once Cameron declares his renegotiation is complete remains to be seen. That won’t, of course, stop the speculation, with Iain Duncan Smith and Chris Grayling doubtless topping hastily-produced lists of those cabinet ministers supposedly bound to campaign to quit the EU.

Most interesting to watch, however, will be those who no-one, including the PM himself, can be quite sure of – high-profile ministers like Theresa May, Philip Hammond, and Michael Gove, as well as Sajid Javid, currently rather lower down the pecking order but fancied by some as a future leadership contender.

Anyone on the Leave side who reckons that recruiting such people to their cause will make much difference to the outcome of the referendum, however, should get real. Research has shown, time and time again, that hardly any of those politicians whom journalists routinely describe as big beasts are familiar to the voting public, the vast majority of whom have much better things to do with their lives than pay attention to who’s up and who’s down in Tory Party politics.

There are – at most – only a handful of individuals who could swing people one way or another. David Cameron is one of them and so, believe it or not, is Jeremy Corbyn: a fair few voters take their cue from the leader of their preferred party, so what those two do and say may well count for something.

So, too, will Nigel Farage, although given how toxic he is to some voters, he may well be as much of an asset to the Remain campaign as he is for Leave.

Indeed, apart perhaps from George Osborne, whose pronouncements on the economic costs of quitting the EU (presuming he ever gets off the fence and actually makes some) might be influential, the only other Tory who might make a difference isn’t even in the Cabinet.

Boris Johnson has sufficient cut-through with ordinary punters that a decision on his part to plump for Leave might take a few floaters with him. He’ll only do that, however if he believes that he won’t end up on the losing side and thereby hurt his chances of snatching the leadership from Osborne.

That said, Brexit might now be the only thing capable of stopping the Chancellor from taking over when David Cameron steps down, meaning Boris has some hard thinking to do – and possibly only a few weeks to do it in.

But all this is for the future.  Right now, it’s fair to say that the PM has done just about the only thing he could do in the circumstances. True, it will make for a fractious campaign. But it will probably ensure that, by preventing dissent over Europe bleeding into every aspect of the government’s business, the Cabinet – and the Party – can ride out the storm and emerge on the other side in such a way as to make it possible to come together convincingly afterwards.

All this presumes, of course, that Cameron, and Remain, wins the day. If they don’t, then all bets are truly off.

This piece by Tim Bale, professor of politics at Queen Mary University of London, was co-published with The Telegraph.