Of proxy and postal votes: Expats struggle to remain enfranchised 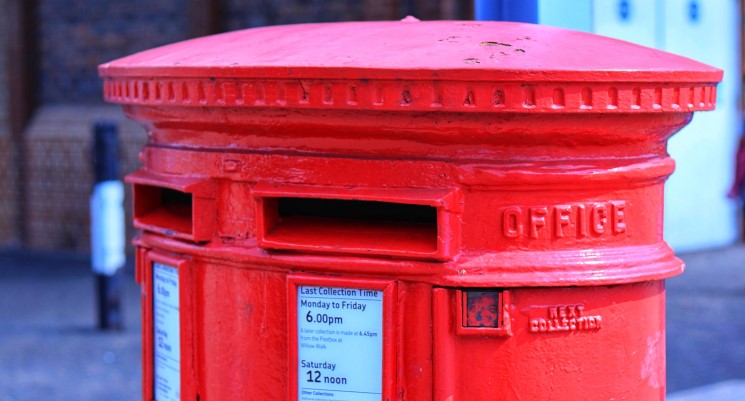 For observers resident in the UK, these past weeks have made the campaign already feel endless. For UK citizens living abroad however, time is desperately short.

British citizens are entitled to vote in local and national elections (though not always in referenda), for up to 15 years after having left the UK.

Even within the structures of regularly-timed general elections, enacting that right requires organisation from key bodies in the UK itself, and individual initiative.

In the very tight timetable of the upcoming election, however, expats face serious challenges in being able to cast their vote at all.

For the roughly 5 million Brits living everywhere from Europe and North America, to East Asia and Latin America, there are two main options: postal vote or proxy vote.

Both come with complications.

Postal votes require citizens to register for, and receive – by mail – the postal vote; this is filled in and returned – by mail – to the UK.

Proxy voting requires identifying a friend or relative capable of physically and morally carrying out the wishes of the expat: getting to the polling station in time to cast the proxy (and presumably their own) ballot, or to procure, fill in and mail a ballot in time on their behalf.

Well, during the elections earlier this year – for local councils and for the European Parliament (the second of which many Brits in and beyond the UK did not anticipate) – large numbers overseas voters received postal ballots too late to return them in time to the UK, or in some cases after the election itself.

Making people aware of the need to register, and/or to request a postal ballot is key, particularly as ballots themselves cannot be printed or distributed until the full list of candidates is finally confirmed: nominations closed on 14 November, less than a month before the 12 December election.

Even more challenging, the number of overseas based voters is on the increase: data from the House of Commons library suggest a record 285,000 voters took the time to register in the 2017 snap election.

Councils in England appear increasingly aware not only of the need to get people on track in this sense, but also that postal votes themselves appears unreliable.

Newcastle Council conceded that part of the challenge has been the ‘tighter than usual timescales’ for overseas voters.

There are two reasons for not trusting wholly in postal votes: first, the general logistical difficulty of effective delivery and return times to all overseas expats.

Lewisham Council was quoted recently in writing to overseas voters as early as September that “given the tight timetable for a snap election we do not recommend a postal vote unless you have 100 percent confidence in the postal service”.

Second, the very real possibility of a strike around the time of the election by Royal Mail itself.

The mail provider has sought to take out an injunction to prevent staff walking out, citing the general election as the primary reason – “The company is making this High Court application because the integrity and legal soundness of any electoral process is vital.”

The legal move comes after a whopping 97% of postal workers voted in October to strike over pay and working conditions.

When the strike could occur is anyone’s guess; but whether it kicks off now, or closer to 12 December, UK expats are likely to see the security of their postal votes jeopardised.

Determined not to be caught out after the problems with the EU elections, a number of councils in England wrote swiftly to registered voters in their area even before the 12 December election was officially announced.

Citing serial examples where former residents registered for a postal vote in previous by-elections or local elections when polling cards failed to arrive either to the voter or the polling station in time, several councils stressed the need to opt for proxy voting, citing the lack of reliability with postal voting coupled with the shortness of time.

Organising an emergency proxy is logical failsafe, but not one necessarily easy to organise in a hurry.

The rules themselves are less than clear here – suggesting that if a postal vote has already been issued – even when it’s clearly not going to be materially usable – proxy votes cannot be used.

The overall feeling for overseas voters is of a system failing them at the worst time, on the most serious of issues.

Passively, the rules and timetables militate against an easy method of downloading and returning votes; consequently the feeling among voters in an active sense is of the UK government failing to prevent the genuine and persistent disenfranchisement of overseas voters.

Voters aren’t alone in their frustration.

The UK’s Electoral Commission has routinely raised the issue of overseas voter methods with the government, making recommendations about boosting electors’ various access to the process of voting by providing new locations, suggesting online ballots, etc.

The damage of failing to implement these proposed changes on the back of the recent European and Local Elections was forewarned by the Electoral Commission – “the May elections illustrate that delays in government action, which are needed to properly update our electoral laws, now pose significant risks to voter trust and confidence.”

There are clearly ways to loosen up this system.

First – a far simpler method of producing ballots – for instance downloading serialised PDFs from the website of the local council.

Second, a much longer lead time in which to either return these by mail, or (gasp) vote online? Estonia’s online voting for instance saw nearly half of votes cast outside of voting booths in the recent parliamentary elections.

Third, better use of local resources, which for Brits would entail casting their vote at a UK Embassy or consulate (providing valuable additionality to the expensive running costs of these diplomatic outposts).

Unfortunately, none of these changes has been attempted, despite the slew of recent elections (foreseen and unforeseen) providing excellent repeated opportunities for the UK government to change even the finer aspects of the electoral system regarding overseas voters.

The Electoral Commission’s report made clear recommendations by which to ensure both electoral structural and voter’s needs are taken into account.

But the extent to which the national government has actually implemented even the most basic of these suggestions remains dubious.

An all-out postal strike may have been averted, but there has been little by way of evidence from the Cabinet Office or the Home Office to support electoral administers in ensuring a professionally-managed poll on 12 December – specifically changes to actually make it easier for Brits abroad to register, and thus participate in UK parliamentary elections.

For UK-based voters, further restrictions appear to be in sight: the October 2019 Queen’s Speech contentiously suggested that all voters may at some future point be required to produce ID at some point in the electoral pipeline: most likely when turning up at the polling station, but possibly even to acquire and retain a place on the electoral roll.

The Government believes that these steps will help “protect the integrity of democracy and the electoral system in the United Kingdom.”

I’m reminded of the ringing words of Henry Ward Beecher (Proverbs from Plymouth Pulpit), who argued that ‘liberty is the soul’s right to breathe, and when it cannot take a long breath, laws are girdled too tight’.

I’d suggest the soul’s right to cast one’s democratic vote in pursuance of said liberty is fundamentally undone – and the soul with it – by the current girdling of overseas voters.

By Professor Amelia Hadfield, Head of Politics, University of Surrey and Director of the Centre for Britain and Europe (CBE).