Officials were ready for Brexit in the past. How different could things have been if they had prepared this time round? 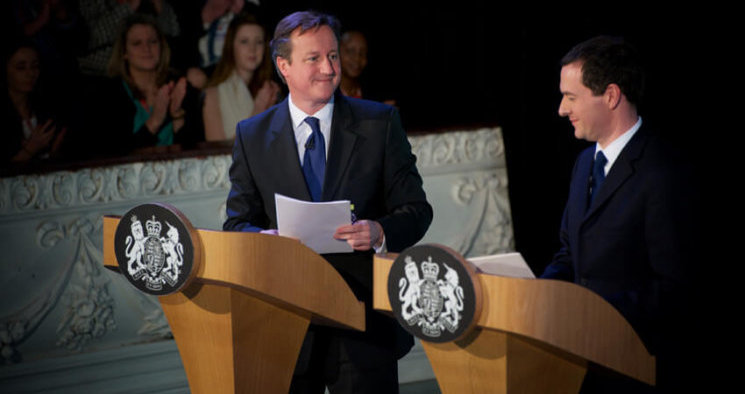 ‘Nobody in Whitehall or Westminster yet has a grasp of what needs to be done, let alone how to go about doing it.’ This damning verdict of the UK government’s failure to plan for Brexit was published by the Financial Times shortly after the 2016 European Union (EU) referendum. There had been some limited planning undertaken by the Treasury and the Bank of England to counteract extreme market volatility.

Both committees criticised this decision in part because of the precedent set by the referendum in 1975. When Harold Wilson proposed a national vote on the UK’s membership of what was then called the European Community, the Labour government engaged in an extensive contingency planning exercise. It should be said that the two referendums took place in different contexts.

The UK of 2016 was not navigating the Cold War or experiencing an intense sense of domestic crisis, both of which dominated the politics and economics of the 1970s. Britain also had much more experience of referendums by the time of the Brexit vote.

Given these differences, what lessons can be learned from 1975? Any analysis involves counterfactuals and it cannot be said for certain that the 1975 plans would have worked or that a 2016 contingency plan could have mitigated some of the post-Brexit uncertainty. Furthermore, the academic literature suggests that there is mixed evidence for a positive link between planning and outcomes.

Nevertheless, the work undertaken by officials and ministers in 1974–5 tells us three important things. First, contingency planning was a useful exercise for considering the challenges the UK would face outside the EC. Officials believed their country would face reduced political influence, worsening relations with Ireland, insecurity in the context of the Cold War and severe economic consequences. In turn, this assessment allowed officials to advise ministers about a practical withdrawal strategy.

Secondly, the challenges of developing contingency plans can be managed in practical ways. One of the biggest problems facing officials was the need to provide a balanced assessment of the risks and opportunities Britain might face outside the EC.

Patrick Nairne, head of the Cabinet Office European Unit and one of the key civil servants in charge of contingency planning, worried about whether this could be achieved. He told James Callaghan, the foreign secretary, that it would be difficult to produce a plan that would not appear biased towards Community membership.

To provide a balanced assessment, officials suggested that the government attempt to negotiate Britain’s exit by 1 January 1976, the date advocated by the anti-Market Cabinet ministers in their report ‘The Strategy of Withdrawal’. However, they also warned about the possible conflict between that objective and the achievement of an acceptable withdrawal arrangement.

Finally, officials and ministers felt an obligation to prepare for a no vote. They were motivated by the uncertainty they felt their country would face, especially in the context of the 1970s. Furthermore, Harold Wilson felt it was natural for the government to be prepared to implement a major change in policy. Even if that same duty was felt in 2016, David Cameron’s instructions to civil servants were clear.

The decision not to develop a contingency plan was defended on the grounds it would have been ‘unwarranted interference in the referendum’. The plans might have leaked and been seen to legitimise the claims made by Eurosceptics.

Thus, according to evidence given by Jeremy Heywood, officials were not allowed to talk to the Leave campaign or to develop elaborate plans for what would happen in the event of a leave vote.

Critics see the lack of preparation as regrettable, even negligent. The Foreign Affairs Committee views it as one of many factors that has ‘exacerbated post-referendum uncertainty both within the UK and amongst key international partners’ and made Theresa May’s task ‘substantially more difficult’.

Ultimately, it is impossible to know whether a contingency plan would have simplified the withdrawal negotiations or failed to deliver a better outcome. However, it could have facilitated important conversations about what officials and ministers felt would be possible in the aftermath of a leave vote and pre-empted some of the controversy surrounding the deal delivered by Theresa May.

By Dr Lindsay Aqui, Research Associate at the Bennett Institute for Public Policy, at the University of Cambridge. This piece originally featured in the Telegraph. You can read the full report on contingency planning: 1975 and 2016 referendums here.