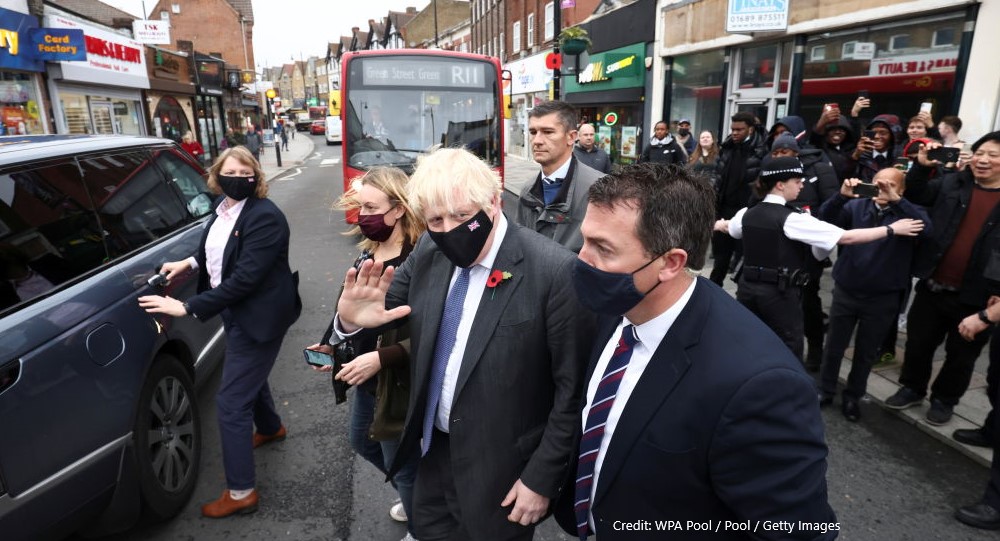 Red wall or Blue wall? You’d be forgiven for thinking there are only two types of constituencies in English politics but the two upcoming December by elections don’t easily fit into this dichotomy. Old Bexley and Sidcup, the seat of the late James Brokenshire and North Shropshire, vacated by the resignation of Owen Paterson in the wake of the parliamentary standards debates, are each ‘safe’ Conservative seats. The party is defending two constituencies where they won more than 50 per cent of the votes cast in each of the last four elections.

The two seats also share a similar demographic profile. Old Bexley and Sidcup voted 62 per cent to Leave the European Union while North Shropshire was only slightly lower at 60 per cent. They do not boast the large proportion of graduates seen in Chesham and Amersham (in both seats around 13 per cent hold a degree level qualification) nor do they have the relatively high proportion of ‘working class’ voters as in Hartlepool (though the proportion employed in semi-routine and routine occupations is higher in North Shropshire than in Old Bexley and Sidcup reflecting, in part, the nature of employment in rural areas). 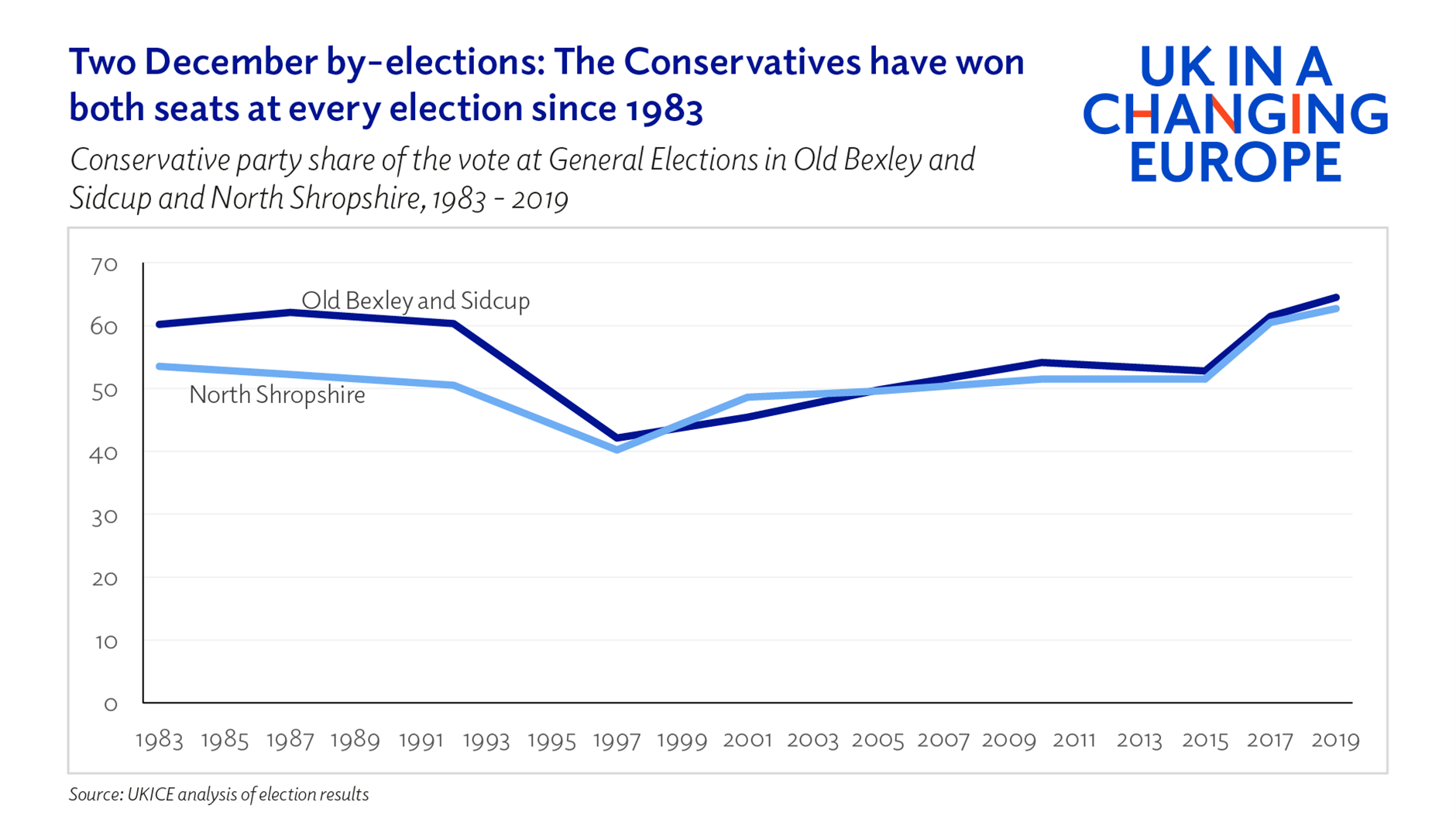 Given these two seats fall outside of the current dominant narratives of British politics, what if anything can we expect to learn from these contests?

Both Old Bexley and Sidcup and North Shropshire had a substantial UKIP vote in 2015 when the party was seeking its major Westminster breakthrough. The main successor to UKIP (via Farage’s leadership of the Brexit party), Reform UK are not polling especially strongly in national polls, and voters seem unsure what they stand for. But their leader, Richard Tice, is standing in Old Bexley and Sidcup, and the party have been campaigning strongly in both constituencies.

In the national polling, as many as one in ten Conservative 2019 voters now say they would vote for Reform UK, with up to another 20 per cent undecided. In these two constituencies, that would give Reform UK a polling level of six or seven per cent. With the vagaries of by-elections at play and the enhanced visibility of the party through local campaigning they will be hoping they can move that well into double figures.

As it is likely most votes won by Reform UK will come directly from the Conservatives, a strong performance could increase pressure on Boris Johnson. While it is unlikely that this would be sufficient for the Conservatives to lose either seat, we have seen before how a party like UKIP can apply pressure to other parties without winning Westminster representation.

For Labour and the Liberal Democrats there is less to gain, or fear, from these by elections than those earlier in the year. Neither seat are areas of real strength for either party, and while both will be hoping for improved vote shares on their 2019 performances there is only an outside chance of an upset (predicated on Reform UK significantly splitting the 2019 Conservative vote).

It is nonetheless a chance to test the waters of how a loss of faith in the Conservatives in national polling is translating in areas of Conservative strength. There are also some suggestions the two parties may have an unofficial agreement to campaign less vigorously in one seat, which will be closely watched by those in favour of a broader electoral pact between the broadly left-leaning parties.

By-elections are funny things, often attracting a wide range of unusual candidates – the recent Batley and Spen by-election had 16 names on the ballot paper – usually with lower turnout than general elections and frequently proving more volatile than election results on general election night. This is particularly the case when the government has a large majority. A by-election can be seen by voters as a ‘free hit’, an opportunity to send a message to Westminster about the direction a party is taking, knowing that there is no risk of ending the night with a government they did not want.

Results need careful interpretation, but it is still possible to learn from them, albeit not simply by reading results as if they would be replicated in a general election. These two contests offer a further insight for political analysts willing to look beyond the dominant narratives of red and blue walls, already tested by the Hartlepool and Chesham and Amersham by-elections earlier in the year. They give an opportunity to think about the wider political picture and how seats may be changing.

In some respects, these two seats are the Conservative equivalent of the safe city seats Labour hold, where their main challenge increasingly comes from the Green Party rather than directly from any of the larger parties. Perhaps the key insight will be the willingness of a volatile electorate to give smaller parties a chance in the current political moment, and the extent to which voters see an unattractive choice between two larger parties as a cue to vote for ‘none of the above’.