On Brexit, Theresa May is giving the public what they want 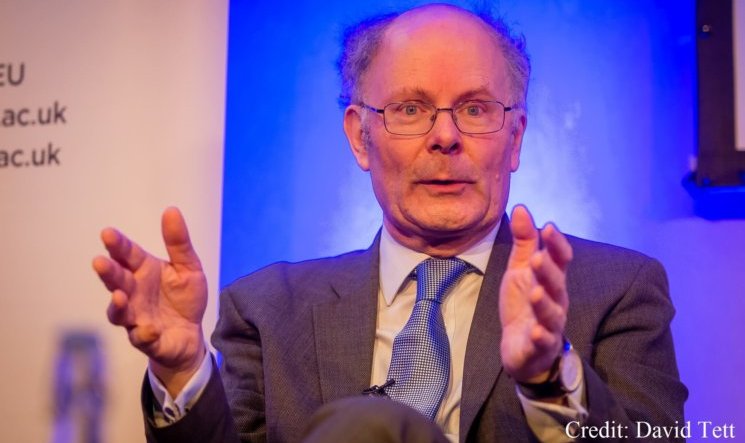 Much of the debate about the kind of Brexit that the UK should be seeking in its negotiations with the EU has focused on one question: soft or hard?

The former implies prioritising continued access to the Single Market. The latter is taken to mean focusing above all on immigration control.

The reason this is seen as the choice is obvious. The EU believes that free movement of labour is a necessary concomitant of free trade in goods and services. So if the UK wishes to curtail freedom of movement it is likely to be granted less in the way of free trade. Indeed, the British government has acknowledged this point. Keen above all to end freedom of movement, it has indicated that it will not seek to remain a member of the Single Market.

Yet this is not how the British public sees Brexit. Research conducted by NatCen Social Research has found that what most voters in Britain want is both immigration control and free trade.

At the same time, no less than 88 per cent agree that EU companies should be able to trade goods and services freely in Britain while British companies enjoy the same ability within the EU.

The equivalent figure amongst those who voted for Remain is a more modest 58 per cent. However, this still implies that well over half of Remain voters would like to see EU migration subject to some control.

Meanwhile, Leave voters are almost as keen to maintain free trade as their Remain counterparts; 88 per cent back the idea, not far off the 91 per cent of Remain voters who do so.

The substantial agreement between Remain and Leave voters about what Brexit should mean suggests it is a mistake to argue that, in prioritising immigration control, the UK government is focusing on the wishes of the 52 per cent who voted to Leave and is ignoring the preferences of the 48 per cent who opted for Remain.

Rather, the stance taken by the UK government appears to represent the view of the typical voter. For although she may have given up on Britain remaining in the single market, Theresa May has not given up on free trade. Instead her government has made it clear that its aim is to secure “an ambitious and comprehensive Free Trade Agreement” with the EU.

Indeed, the government’s stance makes even more sense when it is appreciated that it is Conservative supporters above all who support both free trade and immigration control. While 93 per cent of those who say they would currently vote Conservative back free trade, 81 per cent believe that EU migrants should have to apply to come to Britain.

This wish on the part of many voters in Britain to retain free trade while rejecting freedom of movement is often portrayed as evidence that they wish to have their EU cake and eat it. This, however, is not the only way of characterising the position. Instead, it can be seen as a rejection of the recipe the EU uses to make its cake.

The EU regards freedom of movement as a raising agent without which it would not be edible at all. Most voters in Britain think it of a spice that makes the cake less palatable. Many seemingly feel that migration raises profound cultural and economic challenges in a way free trade of goods and services does not. Consequently, it needs to be treated with greater circumspection.

Of course, the UK may still be left with a tough choice between trade and immigration control. And in that event just over a half of all voters (54 per cent) think the UK should concede freedom of movement in order to secure free trade. Only 44 per cent take the opposite view. But that should not be taken as evidence that voters think that Mrs May is aiming for the wrong kind of deal.

Professor John Curtice is Senior Fellow at The UK in a Changing Europe and NatCen. This piece originally featured on CapX.