On St George’s Day: English nationalism between Brexit and Covid-19 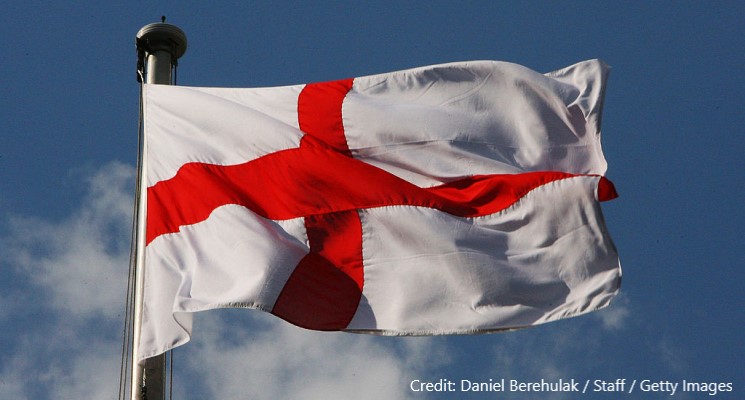 St George’s Day is both an old religious festival and a relatively recent re-addition to national consciousness in England. It allows us a moment to reflect on the causes and consequences of Englishness for British politics and what part it might play in the future of the United Kingdom after Brexit and Covid-19.

One important element is the shift from nationhood to nationalism. A sense of belonging to a particular nation need not be politicised (nationhood), but it can become so if it is linked to a feeling of grievance, and has committed political actors to promote solutions to the perceived problem (nationalism).

These solutions can involve a restoration or claim for sovereignty, and/or words and actions designed to align the borders of the state with the imagined nation.

This obviously has xenophobic elements, but nationalism, like multiculturalism, is also a mode of socio-political integration. Nationalism broadly comes in two forms: integrationist and secessionist.

The integrationist form operates in a routinised way in liberal democracies and legitimises the borders of the state and the means of governance through frequent references to the ‘nation’ – what Michael Billig famously referred to as ‘banal nationalism’.

Meanwhile, the secessionist variant seeks to alter the borders of the state – and this is the variety most readily identifiable as nationalism because there are usually political parties or organisations that explicitly promote this goal (think the Scottish Nationalist Party, or the Catalan separatists).

Successful nationalist movements are often the product of contingent alliances between masses or electorates voicing grievances and well-organised political groups hoping to attain a specific political goal … all of which leads us to English nationalism and Brexit.

But the historic inversion came about as Brexit became the issue on which various forms of discontent focused. Ukip, and later the Brexit Party, managed to link English grievances to secession from the EU without altering the British register in which this project was articulated.

This project was later adopted by the Conservatives (and evaded by Labour) as the politics of Brexit developed.

The varying support for Brexit in the UK’s nations between 2014-19 showed that secession from the EU was the issue that created a contingent alliance between mass grievances and an elite project.

It also showed, through polling and the Johnson government’s 2019 deal with the EU, that attachment to the UK was less of a priority than it had been for English Conservatives, even if political rhetoric remained ‘British’.

Where to from here?

Any examination of the politics of nationalism suggest that the purpose and meanings associated with nationhood can shift and change.

Nationalist political projects can be either thwarted or attained. Either way, the intensity of the politicised identity can wax and wane.

Thus, if English nationalism was closely associated with a critique of the UK’s place in the EU (as well as criticism of the United Kingdom itself) and achieved its goal with the 2019 election, a politicised English nationhood may lack a specific grievance to attach itself to after Brexit.

But having got Brexit (almost) done, the response to the Covid-19 outbreak in the UK might re-fashion nationhood in England. Social isolation is a stark illustration of the way that individuals seek common experiences when they do not – or cannot – experience community as a face-to-face relationship.

Clapping at set hours is an example – along with synchronous, organised events – of the abstraction required to imagine a nation. Covid-19 has created another national moment, but one heavily infected – as always with nationalism – with memories of the past.

The 1940s loom large in the collective English memory. For conservatives, 1940 was the ‘finest hour’; for progressives, the Attlee government was the golden age of social democracy with the NHS as the jewel in the crown.

The Brexiteers fused both memories in their critique of UK membership of the EU, and Covid-19 has provided an opportunity to continue this association after the general election of 2019.

But national memories can be burdens as well as inspirations. Each commemoration and veneration of the wartime generation was an implicit criticism of all those generations that followed.

Importantly for Englishness, the 1940s were a British moment: one of the fundamentals about Englishness is that it is merged with Britishness. This was how Brexiteers were able to take English grievances and ally them to the ‘Global Britain’ project.

It is quite possible that Englishness will experience another of its moments of occlusion as the British narratives of the Covid-19 crisis increase and the political project at the centre of its grievances fades in comparison.

But no nation is an island (least of all England), so what happens elsewhere in the UK, the EU and the world will shape political Englishness in the world after Covid-19.

By Ben Wellings, senior lecturer in Politics and International Relations at Monash University in Melbourne, Australia.