One year to go: is the EU settlement scheme working for children? 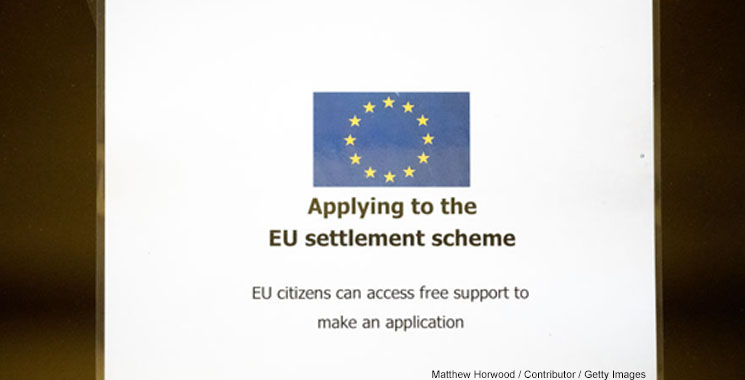 In a year’s time, on 1 July 2021, the EU settlement scheme designed to secure the rights of EEA citizens living in the UK before Brexit will close.

The Home Office is very proud of the scheme’s progress since it opened fully in March 2019, and boasts of over 3.3 million grants of status having been made by May 2020.

But in Coram Children’s Legal Centre’s new report, we show that looking only at the headline number may be masking a specific gap when it comes to children and we highlight particular problems children – especially the most vulnerable – face.

We do not know how many children in the UK need to apply to the settlement scheme, but estimates would suggest it could be far in excess of the 493,800 applications made by children by March 2020.

While estimates, based on Labour Force Survey data, are at best approximate, it is thought that there were more than 900,000 children of EU citizen parents (not including Ireland) living in the UK in 2017, born either here or abroad.

Many among these 900,000 children, especially those who are UK-born, may either be British citizens automatically by birth or may be entitled to apply to become British through a process known as registration.

Indeed, there may be parents who are applying for a British passport for their child or applying to register their child as British instead of applying for their child under the EU settlement scheme. Yet in our experience families, carers, social workers and young people themselves struggle to understand the complexities of UK nationality law and we are concerned that there could be a high level of misunderstanding.

UK nationality law is exceedingly complex, and how it applies to the UK-born children of EEA citizens has changed drastically several times since the 1990s. This could lead some children to lose out both on their citizenship rights and their rights to settled or pre-settled status under the EU settlement scheme.

Of particular concern are children and young people in the UK care system. Indeed, MPs have laid a cross-party amendment to the Immigration Bill in support of this group as it goes through the House of Commons, reflecting the level of concern.

There are an estimated 9,000 children and young people in the care system who are eligible, but UK local authorities – with a duty of care to these vulnerable children – have secured status for fewer than 500, according to one estimate.

Coram Children’s Legal Centre has supported hundreds of children and young people to make applications to the EU settlement scheme, including 178 who were in care.

These are children like Adam, aged four, for whom the application is complex because he cannot get a Romanian passport without the consent of both of his parents and he does not know who his father is. Or Alise, aged two, who is in care and whose mother is not cooperating with the local authority, so who can only be granted pre-settled status.

We believe all applicants who are looked-after or care leavers should get settled rather than pre-settled status and it should become mainstream practice for local authorities to realise a looked-after child’s option of registering as a British citizen where the child wishes to and it is in their best interests, taking into consideration the effect on any other citizenship they hold.

Most importantly, there needs to be a comprehensive plan: the Home Office, Department for Education and Ministry of Justice must work with local authorities, the devolved administrations and civil society to make and resource a comprehensive plan to identify and support every single eligible child in care and care leaver, including those eligible to apply as family members of EEA citizens, as soon as possible.

If the government cannot resolve the immigration status of the children in its own care, this has worrying implications for the scale of how many other children are at risk of falling through the cracks.

Overall, the significant gap between the number of applications received from children so far and the number of children potentially needing to apply raises serious questions about whether the EU settlement scheme is working for children. It should prompt decision-makers to ask what can be done in the next year to ensure that no child becomes undocumented on 1 July 2021.

We believe the Home Office must take concrete action, including scrapping the £1,012 fee, to help children who are entitled to British citizenship to understand and realise their rights.

Information on children’s citizenship rights should be actively promoted as an integral part of the Home Office’s information campaign on the EU settlement scheme.

In unison with many others, we are calling for the deadline to apply to the EU settlement scheme to be extended beyond 30 June 2021.

Children and young people who have grown up in the UK deserve better.