Opposition cooperation then and now 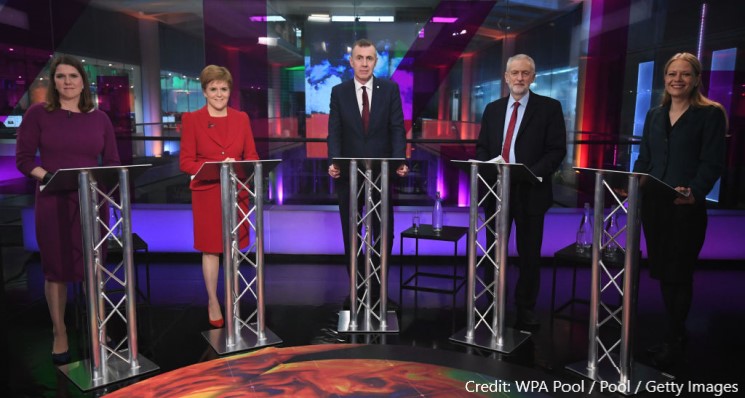 In the autumn of 2019, parliamentary parties opposed to Boris Johnson’s government were able to cooperate, with the help of Conservative backbenchers, to prevent a “no deal” Brexit and force the Prime Minister to ask for a second extension to Article 50.

But the idea that, in this parliament, they might be able to build on such cooperation to effectively oppose what is now a majority government is a chimera – at least when it comes to the House of Commons, if not the House of Lords.

In practice, the putative “Remain majority” in the previous House of Commons was always rather weaker than many supposed. This was in part because many of the MPs who had originally campaigned to stay in the European Union back in 2016 decided – either from a principled commitment to honour the results of the referendum or from an understandable desire to save their seats – to support a government determined to leave.

Nevertheless, by the late autumn of 2019, there was at least an outside chance that said majority, which managed to come together sufficiently to prevent a “no deal” departure and force an extension, might have gone even further. It could perhaps have forced the government into a second referendum, or even toppled the Johnson government and replaced it with a “government of national unity”.

Instead, the coalition fell apart over the determination of most of the parties involved that Jeremy Corbyn should never be allowed anywhere near Number 10. And anyway, two political parties – the Liberal Democrats and the Scottish National Party – had, whether owing to hubris or to higher priorities, set their sights on a general election.

All of which is a salutary reminder that the incentives for opposition cooperation in the UK, at least beyond the very short term, often prove weaker than the temptation to abandon cooperation and seek partisan advantage.

That will very likely remain the case unless and until parties are prepared to put together pre-electoral pacts to mitigate the disadvantages that they face under first past the post – or until a government genuinely committed to replacing that system with a more proportional one finally comes to power.

That’s not to deny that there are reasons for the opposition parties to cooperate at Westminster or that we will see examples of this in the coming months and years – and not just in the House of Lords where such cross-party cooperation is commonplace.

After all, recent research suggests that, even under majority governments, the UK parliament is not as toothless as is often assumed. This is true even when it comes to amending legislation – let alone ensuring scrutiny and accountability through the select committee system.

If only to boost their personal profiles, or to send a signal to the electorate that “it doesn’t have to be this way”, opposition MPs from different parts of the Commons are sometimes willing to work together. Cross-party cooperation is also worthwhile if they can make the Prime Minister publicly squirm and even (maybe with help from disgruntled government backbenchers) perform a full-blown u-turn.

Much will depend, however, on the issues in play.

For instance, negotiations with the EU on a free-trade agreement could well have a tangible impact on opposition parties’ voters, and indeed, potential future voters. So it’s easy to see Labour, the Liberal Democrats, SNP, Greens, and the various regional parties including the DUP, coordinating their efforts. This will serve, at the very least, to distance those parties from an outcome which they are convinced will prove deeply damaging.

Even there, however, doubts may soon creep in. For instance, many Labour MPs are clearly desperate to follow Keir Starmer’s lead and insist that, now the UK has left the EU, the main task is to move on and make the best of it. Do they really want to be too closely associated with parties that voters (or at least the newspapers they read) may well write off as, at best, fringe outfits or, at worst “Remoaners” or separatists bent on the UK’s destruction?

On other issues – including those which on the face of it might lend themselves to such cooperation – things could turn out to be trickier still.

Take the environment. The kinds of criticism and solutions proffered by the UK’s sole Green MP Caroline Lucas might not be so radically different from, say, those proffered by the Liberal Democrats, who have long seen themselves as ecologically concerned.

But Green or Liberal Democrat criticisms and solutions will be significantly more robust and far-reaching than those advocated by some other parties. Labour and the SNP, for example, are both keen to court voters whose livelihoods depend on sectors that could struggle or even sink as we move towards carbon neutrality.

And then there is the sheer size of the government’s majority. If the arithmetic were tighter, then there would be at least a chance that a united opposition might not only embarrass Johnson and his colleagues but actually defeat them in the Commons division lobbies.

But the arithmetic isn’t tight, so the opportunities and incentives are limited. For the opposition parties, then, working together to plan ambushes on fiendishly clever legislative amendments, or to haul ministers and civil servants over the coals in committee, will pale in comparison to the incentive to build their individual electoral brands.

Some sort of anti-Tory parliamentary popular front has its appeal. It even has a rationale. But – in the Commons rather than in the Lords anyway – neither looks entirely convincing, either to an outside observer or to potential participants. This is a chimera that is unlikely to catch, let alone breathe, fire.

By Professor Tim Bale, deputy director of The UK in a Changing Europe. This piece forms part of our Parliament and Brexit report and was originally published by the New Statesman.