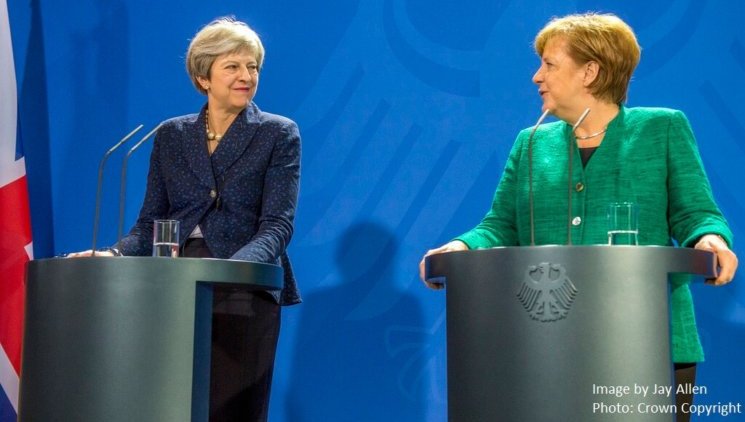 The prime minister’s speech to the Munich Security Conference was a serious statement of intent for an ambitious post-Brexit EU-UK security relationship.

The Munich speech developed the idea, floated by the prime minister in her Florence Brexit speech of September 2017, that a “security treaty” should be an integral part of the “deep and special” partnership with the EU sought by the UK government.

However, a foreign, security and defence policy relationship with the EU is just one element of the broader issue of what the UK’s international ambitions should be post-Brexit. Yet the government has so far failed to provide little more than the rhetoric of “Global Britain” to describe the ambitions for the UK’s foreign and security policy post-Brexit.

A report published today, A successful Brexit: three foreign and security policy tests by the independent academic group the UK in a Changing Europe, provides a framework for assessing what a successful Brexit may mean for the UK’s international role.

The intention of the report is not to answer the question as to what that future role may look like but, rather, to consider how we may begin to assess the impact of Brexit on the UK’s foreign and security policy.

Leaving the EU will have an effect on British foreign and security policies. If the UK is to have a successful international role post-Brexit, we need to understand what that effect will be.

The UK’s National Security Strategy and Strategic Defence and Security Review make clear the multiplicity of challenges faced by the UK, both within and beyond Europe. Brexit is only one, albeit important, foreign policy challenge.

Moreover, the UK’s security and international influence will depend on unpredictable events un-associated with Brexit, just as the recent past has been shaped by unanticipated events of the 9/11 attacks on the US; the 2008 global financial crisis; Russian aggression in Ukraine in 2014; and the victory of Donald Trump in the 2016 US presidential election. In short, it is a challenge to measure the effects of Brexit on foreign and security policy in any straightforward sense.

Even with an understanding the challenges facing the UK’s diplomacy and security policy these cannot be addressed without a clear sense as to the objectives of a post-Brexit foreign policy. And what resources need to be devoted to achieving these objectives.

The UK already commits considerable public resources to its international role and national security, most notably on defence, diplomacy and development assistance. But, for example, does the UK at present have the correct balance of spending distributed between defence, development and diplomacy?

Since the June 2016 referendum result there have been frequently bitter, arguments about the impact of the EU on British foreign and security policy. However, even where there has been dispute on the consequences of Brexit for the UK’s international role it is striking that a high degree of consensus exists on the challenges that the UK confronts to secure a successful Brexit.

In the report these challenges are presented as three tests for Brexit: What would a Brexit that had a positive impact on security look like and how could we tell? Will Brexit increase or decrease the UK’s ability to shape the international agenda? And will the UK increase its ability to take its own decisions on foreign and security policy once it leaves the EU?

The UK will need to realise the prime minister’s ambition for an EU-UK security treaty to pass these tests. But that on its own will not on its own be enough — not least because, as the prime minister made clear in Munich, there is the additional challenge of not allowing “rigid institutional restrictions or deep-seated ideology to inhibit our co-operation”.

At a minimum, a security treaty would preserve the principal benefits of EU security arrangements on terrorism, organised crime, border and cybersecurity, and would maintain co-operative security relations with EU member states. More ambitiously, the EU and the UK could identify a mutually beneficial relationship in foreign and defence policy co-operation.

Ultimately, and as with much else in the Brexit debate, the government needs to make a determination as to what form of co-operation with the EU can be combined with an increase in the UK’s ability to take its own decisions on foreign and security policy post-Brexit.