Our trade deals will impact healthcare access across Europe 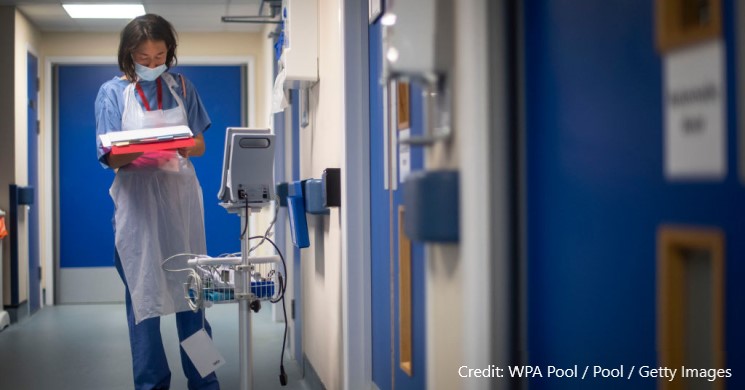 Protecting health and healthcare was one of the key issues during the EU referendum in 2016, and now, with the coronavirus crisis still ongoing, it is a crucial part of the trade negotiations. Our new research briefing for UK in a Changing Europe suggests the need for greater transparency to show the implications of the current UK-EU and UK-US trade negotiations for the NHS, and for health more generally.

The briefing shows equitable healthcare access as a core public value is up for grabs, with differing commitments to high regulatory standards and private sector involvement in healthcare evident in the UK, EU and US negotiating positions.

Our report covers a range of areas where positions between the negotiating partners diverge, but particularly important in light of Covid-19 are the possible impacts on the immediate lives of people living in different parts of the UK and EU.

Some key points in our report focus on how UK and non-UK citizens’ access to healthcare may be impacted in different parts of Europe by Brexit.

With further lockdowns and growing evidence about the chronic effects of Covid-19, unequal access to healthcare in the medium to long term may profoundly worsen already existing inequalities.

Getting the trade negotiations right will be vital to providing a safe bridge from deep uncertainty in this period of negotiation and crisis, to a new equitable healthcare settlement in post-Brexit Europe.

Estimates suggest around 190,000 UK pensioners live in the EU, with Spain being a common destination.

These people rely on EU rights to access health care. Removing those entitlements, and not replacing them with something else, would mean they would need to have private health insurance. This would impose a significant cost and burden, especially for those with chronic or multiple conditions.

Article 32 of the Withdrawal Agreement governs access to medical care for UK nationals living in EU member states after 31 December 2020.

UK pensioners who have retired to Spain – or anywhere else in the EU27 – before that date will be able to access the local healthcare system; while for those who move thereafter, the EU’s negotiating documents for the future agreement include continued access to healthcare for pensioners (only, not for others).

The UK negotiation position does not reciprocate: EU nationals who retire to the UK after the end of the transition will not have access to the NHS.

Small EU states with close ties to the UK may be particularly badly affected by a trade deal that distances the UK from EU regulatory institutions. In Malta, for example, health authorities worked with the UK’s Medicines and Healthcare Products Regulatory Agency (MHRA), and 60-70% of medicines used in Malta are supplied by UK bodies.

Some large pharmaceutical companies may be reluctant to undertake the costs of securing additional regulatory compliance to supply the Maltese market, if ties to the UK market dependent upon the EU’s regulatory processes are weakened. This could have a significant impact on the cost of medicines for end users in Malta.

A number of central and eastern EU member states have close links to the UK, with many of their nationals currently living and working in the UK. In 2017 the Standing Committee of European Doctors strongly urged the Barnier negotiating team to secure future mutual recognition of UK medical qualifications in the EU.

This has been achieved in part in the Withdrawal Agreement, for ongoing recognition of qualifications that were recognized before the end of December 2020.

However, in practice, unless the UK departs significantly from EU standards, there may be relatively few changes. The key difference will be that individuals will no longer be able to enforce rights to have their qualifications recognized.

We may therefore see central and eastern European medical professionals choosing other EU countries, as well as the US or Australia, as alternative destinations with better systems for recognizing medical qualifications and accommodating migrant health professionals.

The potential impact of Brexit on Ireland, and particularly the Irish border, has been discussed extensively since the referendum result.

In health, Brexit may have substantive impacts given the island of Ireland currently has a highly integrated cross-border health sector, protected by the Good Friday/Belfast Agreement and covering access to medical products, provision of health services and workforce arrangements.

This means, for example, that Irish citizens can receive treatment in Northern Ireland, or that dentists from Northern Ireland can drive across the border and work in Ireland.

Nevertheless, in terms of patterns of trade in medicinal products, devices and medical equipment, issues remain unresolved in the UK-EU trade negotiations. The threat remains that a non-comprehensive free trade agreement between the UK and EU would put the cross-border health sector in Ireland at significant risk.

Getting a trade deal right for health

These are just a few specific instances where UK-EU and UK-US trade agreements may impact healthcare access across Europe. As our report shows, however, if the trade negotiations are not conducted rigorously and transparently they may end up exacerbating inequities in access across the UK and EU.

This is just when equity of access is of paramount importance in the fight against Covid-19. This crisis has created anxiety across Europe about speeding up access to vaccines and treatments as a priority.

Yet, there is a danger that unless both UK and EU negotiating teams take time on getting a good, comprehensive and fair deal for health, they will unwittingly pull the rug from under our feet in the fight against the coronavirus.

By Dr Matt Wood, senior lecturer at the University of Sheffield Department of Politics and International Relations. He is currently co-investigator on the ESRC project Health Governance After Brexit, and previously an ESRC Future Leaders Fellow from 2015-18.