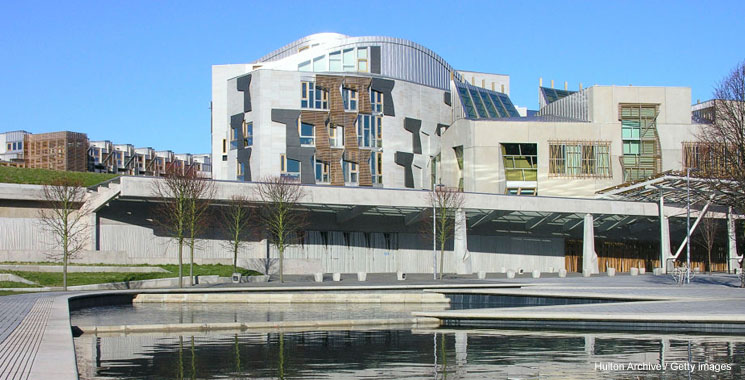 This is an overview of Professor Michael Keating’s briefing to the Scottish Parliament European and External Relations Committee which took place on the 4 June 2015 discussing the United Kingdom’s relationship with the European Union.

The forthcoming European referendum provides an opportunity to debate the future of Europe as a whole and what UK and Scottish citizens would like it to be. It would be unfortunate were the debate to be confined to the issue of whether the UK should remain in the EU and how the scope of the EU should be curtailed to allow this to happen. It would also be a mistake to accept the UK Government’s agenda on the priorities for EU reform when other issues might be more important.

There are competing visions of the future of Europe. Some people wish to reduce it to the single market, without a significant political dimension. Others aspire to a federal future, with a European government having significant legislative and fiscal powers. New modes of policy making include enhanced cooperation and the open method of coordination.

There is a vision of a symmetrical Europe, with all member states adopting the same provisions, and another of an asymmetrical union, in which states choose which policies to adopt (beyond a common minimum).

Another vision is of a core organized around the Eurozone and a periphery of less committed members. Some people see Europe as primarily an economic matter while others want a stronger social dimension. A discussion of these matters would logically precede a discussion of the place of the UK and Scotland in Europe.

Scotland is caught in a triple political turmoil: Europe’s crisis; the UK’s troubled relationship with Europe; and Scotland’s continued debate about its place within the UK. There are three scenarios for the EU.

It could collapse under the weight of the Euro crisis and its failures over foreign policy and migration. It could respond to these by tighter integration and a federal union. It could divide between a core of countries committed to closer union and a semi-detached periphery. The United Kingdom could leave the EU altogether. It could join a federal union (which is highly unlikely).

It could negotiate a semi-detached relationship on the periphery. Scotland’s choices follow from these. It could leave the EU along with the rest of the UK. It might leave the UK and stay in the EU, which implies a rerun of the 2014 referendum; but it would need to decide this time whether it is to be a core or a peripheral EU member.

Finally it could stay within both the UK and the EU and muddle through constitutionally as it gained more powers and the UK Government managed to contain Euroscepticism – but it could  find reconciling the two increasingly difficult.

Over the last year, polls have shown growing support for staying in Europe throughout the United Kingdom. Surveys over the years have shown that Scottish voters are slightly less Eurosceptic than those in England (Northern Ireland and Wales are somewhere in between).

It is therefore possible that, if the vote were close, Scotland could vote to stay in the EU and the UK as a whole to come out. First Minister Nicola Sturgeon has suggested that UK withdrawal from the EU (Brexit) should require the consent of all four home nations. While this is not going to be acceptable to Westminster, there would be a new constitutional crisis should Scotland vote to stay in the EU while English votes forced it to leave.

The Scottish Government has generally taken a pro-European stance (while calling for reform) and has supported the idea of social Europe, while the UK Conservative Party is more Eurosceptic and opposed to the social dimension.

It is difficult, however, to see exactly what the Scottish stake in the renegotiation process is, because it is not at all clear what the UK Government is looking for. The Balance of Competences Review conducted under the Conservative-Liberal Democrat coalition government failed to produce significant items from which the UK might usefully withdraw.

In 2007, David Cameron promised to opt-out of the ‘social chapter’, but this no longer exists – social provisions are built in across the treaties. This mainly concerns rights related to work. By the time of David Cameron’s 2013 Bloomberg speech, the only instance given was the working time directive, from which the UK already has a partial opt-out.

The UK Government has taken exception to the expression ‘ever closer union of the peoples of Europe’ in the preamble to the Treaty. The full phrase is in fact ‘RESOLVED to continue the process of creating an ever closer union among the peoples of Europe, in which decisions are taken as openly as possible and as closely as possible to the citizen in accordance with the principle of subsidiarity’.

It would be difficult to opt out of the first part of this without rewriting the whole clause, something that other member states are unlikely to countenance. In any case, the clause is only declaratory and does not confer any competence on the EU.

There is a demand for more power for national parliaments. If this means that national parliaments will have a veto on EU laws, it would negate the qualified majority voting in the Council of Ministers, which the UK supported as a means of securing the single market.

In most member states, governments have a parliamentary majority, so that the assent of government and parliament amounts to the same thing. If what is meant is that parliaments, as opposed to governments, should have a bigger role in the EU, then that is a matter for national governments themselves. Countries like Denmark do give parliament a greater role in holding government to account on EU matters.

There has been a consistent demand for simplification, clarification and less burdensome regulation. This demand is widely shared across the EU (and by the Scottish Government).

It has already been taken up by the Commission and does not require treaty change or special provision for the UK. While may be general support for the idea of simplification and reduction of administrative burdens, however, there are differences on exactly how far deregulation should to and which regulations to keep.

So attention has moved to deterring EU migration by curtailing welfare benefits for EU workers. In so far as these are tied to employment, withdrawing them only from workers from other member states could be considered discriminatory and a breach of the free movement provisions.

This is a potential point of difference between the UK and Scottish Government, given the policy of successive Scottish administrations to encourage inward migration, for demographic and economic reasons. There may also be differences on how far, and in what fields, deregulation should proceed.

If the UK leaves the EU, it will need to renegotiate its trade and political relationships with other states and international organizations. Several alternatives to EU memberships have been canvassed.

Globalization. The UK could become an open trading nation within the World Trade Organization (WTO) seeking markets across the world without privileging Europe. The drawback is that global trade is increasingly managed by regional blocs and the large trading blocs and nations have most influence in negotiations, including in the WTO.

European Economic Area (EEA). Norway is outside the EU but within the EEA. In order to trade into the European Single Market, it has to accept EU laws (including free movement of labour) and contribute to the EU budget but without a say in decision-making.

The Swiss Option. Switzerland is a member neither of the EU nor of the EEA. It has a mass of bilateral treaties with the EU, which are extremely burdensome to negotiate. Complexities arise such as the referendum decision restricting free movement of labour, which conflicts with its treaty obligations. It is unlikely that the EU would look with favour on another such agreement.

Generally, other EU member states are not going to allow the UK to free ride on single-market benefits without accepting the restrictions and contributing to the EU budget.

Scotland and the Renegotiation

The devolved governments and legislatures have a major stake in EU renegotiation and the referendum.

First, there may be a difference with the UK majority on whether they want to be in the EU at all, which might arise should the negotiations take a negative turn.

Second, the devolved territories may have distinct interests in Europe, whether economic or political.

Third, they may have different preferences from the UK Government, for example on free movement or the idea of social Europe.

Fourth, the negotiations may touch on devolved competences as regulation of working hours affects public services (notably the NHS) or restricting benefits impinges on benefits being devolved under the new Scotland Bill.

It is therefore important that the issue be debated full in the Scottish context, including the political forces, civil society and the general public.

The EU in a Changing Europe programme, the Centre on Constitutional Change and the Royal Society of Edinburgh are planning a series of events in order to take the issue to the general public.

They are represented in UK Delegations to the Council of Ministers where devolved issues are at stake, with implications for information, circulation of papers and links at official level. The EU renegotiation, however, raises other matters.

It is under the umbrella of the European Council (heads of government) rather than the Council of Ministers, and devolved administrations are not represented there. The devolved territories may have interests in the renegotiation going beyond devolved matters (for example on freedom of movement). Negotiations take place behind closed doors, there are trade-offs among issues, and things can move rapidly.

The devolved legislatures will also have to follow developments closely so as to be prepared to make their views known.

There are continuing discussions on strengthening the role of the devolved governments and legislatures in EU policy-making on non-constitutional matters. The EU itself has not developed its ‘regional’ level significantly since the Maastricht Treaty, which allowed sub-state ministers to represent member states in the Council of Ministers and established the Committee of the Regions.

The Scottish Parliament has a role to play in pursuing this issue in alliance with devolved parliaments elsewhere. There is a case for strengthening the provisions for devolved ministers to participate in the Council of Ministers although, under the UK settlement, the UK government will always have the final word.

Studies of EU policy-making, however, show that having the right information at the right time, and being able to make a constructive contribution, can be at least as important as formal powers in influencing outcomes.

For full minutes of the meeting please click here.

By Michael Keating, professor of Politics at the University of Aberdeen.