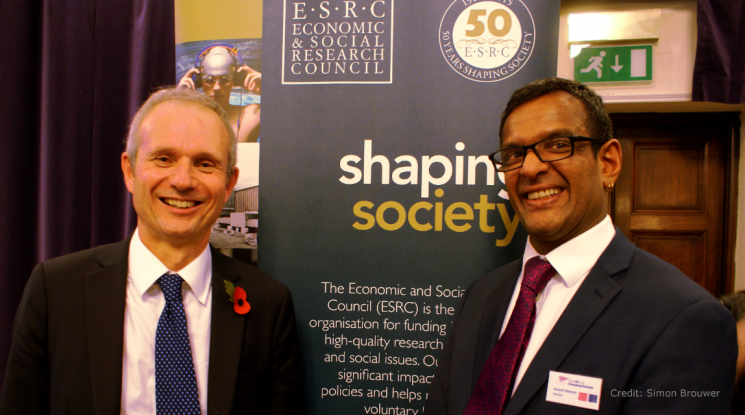 A packed event saw more than 200 people hear the Minister for Europe, David Lidington, at The UK in a Changing Europe’s launch event at Sixty-One Whitehall yesterday.

Politicians, civil servants, diplomats, journalists, business people, key people from think tanks and the Leave and Remain campaigns heard the minister highlight the important role The UK in a Changing Europe has to play in the UK’s EU referendum debate.

The UK in a Changing Europe provides rigorous, independent research into debates on UK-EU issues. It is the authoritative, impartial reference point for those looking for analysis of UK-EU relations.

Mr Lidington, said: “The initiative is something I and the government very much welcomes,” and he recognised the contribution independent research can make to the debate on Britain’s relationship with the EU.

He added: “On both sides of the argument, forceful arguments about the costs and benefits of staying and leaving will be made.

“But it’s also important that on an issue of such critical national significance that these arguments should benefit from neutral, unbiased and sound evidence.

“I welcome the research programme and the important role the academic and research community have to play in our national debate.”

After he spoke the minister took questions from the audience, including from The UK in a Changing Europe senior fellow Professor Iain Begg and journalists from the BBC and Sky.

The landmark initiative is funded by the Economic and Social Research Council (ESRC) and based at King’s College London.

Professor Menon said: “I’m delighted that there was widespread interest from such a varied group of people. I’m particularly thrilled David Lidington grasped the importance of a project like ours and the invaluable contribution we can make to the UK’s debate about its membership of the European Union.”

Watch highlights from the event and the minister’s talk here.

For more information about The UK in a Changing Europe visit www.UKandEU.ac.uk