Paper applications to a digital scheme 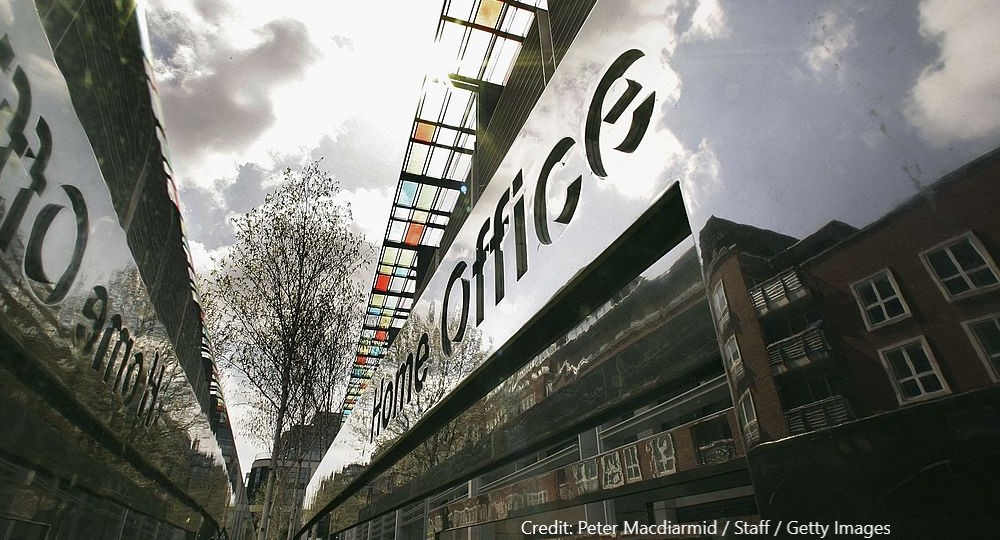 The government has been proud of its digital-only EU Settlement Scheme (EUSS). For many thousands of people, applying via the app has been a great success and paper applications were not a consideration. They were quickly and efficiently granted either settled status (if the applicant had five years’ plus residence prior to 31 December 2020) or pre-settled status (if not).

However, there were still many who could not apply online. The Home Office did allow paper applications for applicants who: (1) were applying on the basis of a ‘derivative right’ to reside (such as non-EU national family members (NEFM)); (2) did not hold a valid identity document and are unable to obtain one; (3) were unable to apply using the online application form and cannot be supported to do so.

Those EU nationals applying on paper usually have complex life stories and face issues with producing relevant paper trails. GYROS, the frontline charity in Great Yarmouth we are working with, has seen a number of examples of this.

In late 2021 we submitted freedom of information request to the Home Office asking for application numbers, application outcomes as well as a gender, nationality and age breakdown of those submitting paper applications for the period March- September 2021. We had run an identical request previously covering the period April 2019 – February 2021, and you can read more about the findings here.

Delays in getting a response to paper applications

The biggest problem is the delays in getting an outcome. The response to our first request showed that 80% of those who had submitted an application in the period April 2019 – February 2021 had received an outcome. This compares to only 17% of those in who submitted between March 2021 – September 2021 (from the response to the second request). The backlog is linked, of course, to the significant increase in paper applications, but it also extends to digital applications.

Of those who applied via the digital application, more than 315,000 people still waiting for a status (as of January 2022). This waiting causes stress and anxiety for those who fear their claim will be rejected, as well as uncertainty for employees and employers, and landlords and tenants.

It is not just the outcome that is delayed – it can also be the acknowledgment of application or the certificate of application (CoA). For example, one of GYROS’ clients who applied (with GYROS’ help) on paper before the deadline received his CoA on only 6 January this year, more than six months after he applied. Until this CoA, he had no other way of proving he had applied to the scheme.

The wait continues for this status; due to ill health, he needs to access housing support from his local council, and until he could prove he had applied for EUSS, any support was put on hold.

Our first request showed that it was non-EU nationals, especially Nigerian and Ghanaian women (see table here) who had made most use of paper applications.

By contrast, our second request shows it is now predominantly EU nationals who are making paper applications (Fig 1), indicating a significant number of EU nationals were struggling to access the EUSS via the digital route. This also suggests the same group might struggle with a digital status. 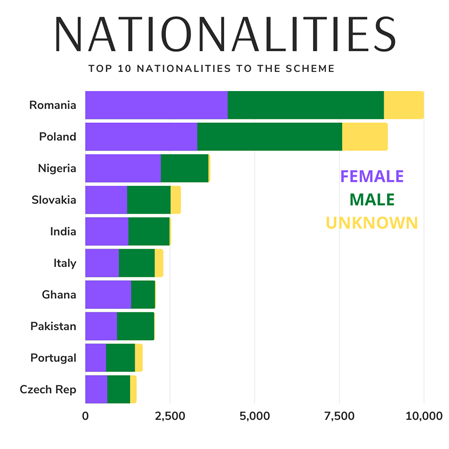 Age of applicants on paper

The latest data shows the significant numbers of EU national children under 15 who made applications via the paper route, particularly in June 2021 (Fig 2). Out of the 60,000 paper applications listed across our two FOI requests, 25,000 are from those under 15 years. 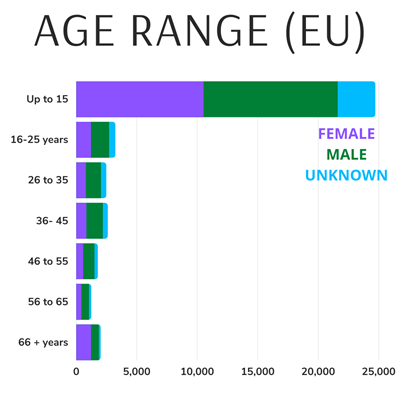 Under 18s represent just 17% of the main digital route, with 1 million applications in total (as at December 2021). Our previous research tells us that many parents did not know their children needed to apply for EUSS or did not have the current documentation in place to support their application, such as a valid passport. This may explain the large increase in paper applications in that cohort.

Children don’t generate the same paper trail as adults, as they may not have bank accounts, utility bills, tenancy agreements, employment contracts and so on. This meant that for (some) children (and their parents) evidence of residency requirements is difficult.

But making an application via the paper route has meant these young people are now also caught in limbo while the backlog is addressed, without a status. This means that this group cannot get access to apprenticeships, for example, due to lack of a CoA. It also has an impact on what secondary health services they are entitled to or incur charges for accessing.

An FOI to one local hospital in our region tells us that 38% of their total overseas visitor charges relate now to EU nationals. Travel abroad also becomes an issue – a significant problem for transnational families.

The delay in status can also have wider impacts on the whole family. One adviser in Suffolk tells us:

‘I see some local authorities (housing) are reluctant or refusing to accept children who don’t have their status granted, even though they have a CoA and despite the fact that the parents, who are applicants, have their status and are eligible. This can have potential impact on the assessment of the size of the property that the family may be eligible for’.

The results of our second FOI request is skewed by the sheer number of EU nationals making paper applications under the EUSS: a route that was devised predominantly for non-EU nationals was dominated by EU nationals in the months before the deadline. This group now faces the same delays in status as their digital counterparts, or perhaps longer.

Overall, the second FOI shows a system now overwhelmed by applications (similar to the digital route); the campaign group the 3 million suggests that at the current rate of processing the backlog could take 24 months to clear.

By Catherine Barnard (UK in a Changing Europe deputy director) and Fiona Costello, Faculty of Law, University of Cambridge.