Parliament and the Brexit end game 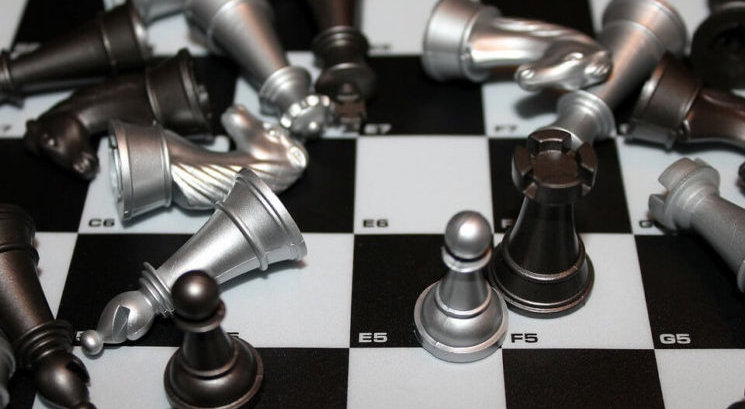 While the government may have survived a number of crucial parliamentary votes before the summer recess, this was only achieved by cajoling (bribing?) wavering backbench MPs, and through the use of coercive ‘shenanigans’ by government whips.

As MPs return, and with less than seven months to go to Brexit day, the Commons is divided on the most crucial constitutional question that has faced the UK in decades. Indeed, perhaps the only thing that unites MPs at the start of this crucial parliamentary session is that they can’t agree on much when it comes to delivering Brexit, other than their dislike of the Chequers proposal.

Predicting parliamentary votes in the coming months will be a dangerous game, and while the government may have only suffered one defeat in the Commons, this has clearly come at the price of increased divisions within the Conservative Party.

Going forward, with MPs’ positions on Brexit being likely to become more entrenched, the sort of parliamentary shenanigans which have hitherto ensured the government’s majority may no longer work.

In the run up to Brexit could MPs, seeing the weakness of the government’s position, become even more rebellious?  If research published in the Daily Telegraph is to be believed then this is a very strong possibility, as Theresa May leads the most rebellious backbench Conservative MPs in the post-war era.

One reason why the government’s majority is now more vulnerable to backbench rebellions arises from the rejection of the Chequers proposal by a large number of Conservative MPs, and because the Opposition has already indicated that it will not support it in the Commons.

To put it bluntly the Commons maths does not add up. The Prime Minister could seek to make further concessions to the Chequers proposal in an effort to secure parliamentary support.

However, this may be a dangerous strategy as it could spark further cabinet resignations which the Prime Minister, or even the government, may not be able to survive.  Furthermore, given that both ‘hard Brexiteers’ and Michel Barnier agree that the Chequers proposal is unworkable, any further concessions are likely to be viewed as making an already bad proposal even worse.

So what are the government’s options to secure MPs’ support if they are to continue with delivering Brexit? Well, for a start they would seem to be very limited.  The Chequers proposal (or some compromise version) will remain, at least for the time being, as the government’s position for UK-EU trade negotiations, but as already suggested this looks doomed to failure.

There is talk of an alternative ‘Canada-plus’ style agreement being put forward by the former Brexit Secretary, David Davis, at the forthcoming Conservative Party conference, but as with the Chequers proposal the parliamentary arithmetic does not add up for such a proposal to get through the Commons. Thus, if Brexit were a game of chess, in this end game, we are heading for a ‘stalemate’ and the likelihood of a ‘no deal’ Brexit.

One scenario to break the deadlock is that the EU could offer to ‘deconstruct’ the Brexit process and adopt a more ‘staged’ approach when it meets at the special summit in Salzburg on the 20 September. Such a move could be seen as a show of support for the Prime Minister from the EU and could certainly ease the political pressure she faces over the Chequers proposal.

If such a decision were to be taken then, in the coming months, the UK and EU could focus on concluding the final Withdrawal Agreement and transitional arrangements and put off the more complicated matter of future UK-EU trade negotiations until after the UK has formally left the EU.

Though technically a ‘no deal’ Brexit with respect to the future trading arrangements, there would be no ‘cliff edge’ as the transitional arrangements, which the Withdrawal and Implementation Bill would give effect to, would come into operation.

The UK would essentially continue to abide by EU law for the duration of the transitional period, which the EU has indicated must end by 31 December 2020.  For ‘hard-Brexiteers’ such a solution may also be palatable given that the objective of formally leaving the EU would occur and the referendum result would have been respected and delivered.  Crucially, such an outcome would give the government more time.

Either way, the government faces Hobson’s choice, and on the question of Chequers remains a hostage of its own MPs, which will be pulling it in different directions.

In the coming months MPs may have to face the prospect of responding to a ‘no deal’ Brexit or a ‘bad deal’ Brexit, and at this point their actions will be crucial.  A ‘no deal’ Brexit will be not acceptable to many Conservative MPs who, along with the overwhelming majority of Labour MPs, could seek to prevent it.

Equally many Conservative MPs, from all sides of the Brexit debate, are on record expressing their reluctance to support a ‘bad deal’ Brexit. Whether the government would accept Parliament’s decision to continue negotiations if either outcome occurred is unclear, particularly as the amendment agreed in the EU Withdrawal Bill on any future ‘final deal’ or ‘no deal’ vote would only be binding upon the government if it were to take place on a confidence motion.

It would therefore appear that the immediate future of the Brexit process hinges upon how MPs respond to the Chequers proposal and whether, in particular, government whips can continue to deliver a government majority.

As things stand, the signs do not look good for the government.  If Chequers is rejected, the UK is very likely to the face the prospect of leaving the EU without a deal.  At this point Conservative MPs, in particular, will face a dilemma given that they can only reject such an outcome on a confidence vote.

A similar dilemma would also arise for Conservative Brexiteers in the event of the government securing a deal, but one which they consider to be a ‘bad deal’. Either  outcome leads to a confidence vote, which is likely to be portrayed as ‘Party v Country’ decision for MPs. Given the uncertainties that exist, it is impossible to predict how MPs would vote.