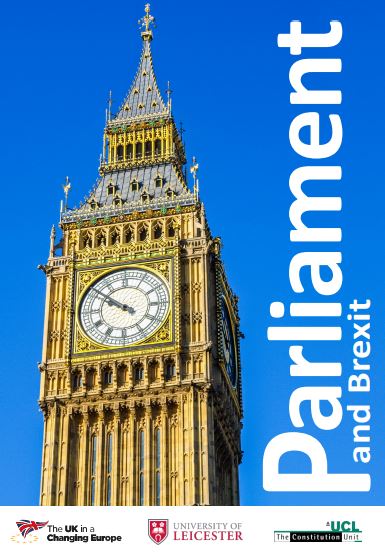 Parliament faced unprecedented challenges during the tumultuous Brexit years – many of which remain unresolved – a new academic report finds.

The report, Parliament and Brexit, explores key questions about how parliament adjusts to a post-Brexit context.

Academics find that throughout the Brexit process parliament, in spite of ferocious attacks on its legitimacy and processes from prime ministers, ministers, MPs, the media and the public, did its job.

With a minority government that lost the support of the House of Commons, parliament used its scrutiny procedures creatively to hold the government to account for its Brexit policies. However, it is doubtful whether Parliament will be able to exercise this level of scrutiny over the government during the future relationship negotiations.

The report notes that parliament has a unique place in the country’s political system: parliamentary sovereignty lies at the core of its constitution and both Commons and Lords remain central to the functioning of the country’s democracy.

Attacks on parliament became commonplace in the wake of the EU referendum:

From 2016 to 2019 the key dispute was between Conservative governments and their own backbenchers with the two sides holding conflicting visions of Brexit, and one side in particular claiming to speak for ‘the people’. Twenty-eight ‘Spartans’ voted against Theresa May’s Brexit deal three times, alongside the Democratic Unionist Party. Had they not done so, her deal would have passed on the third occasion and Boris Johnson might never have become prime minister.

The report finds that parliament, as a complex representative body in a divided nation, ended up taking much of the flak for the resulting delay in completing the country’s withdrawal from the EU.

Sir John Curtice shows that Leave supporters soon became critical of parliament. They also turned against the idea of resolving the impasse by holding another referendum. Meanwhile, Remainers went the other way.

Looking at how the parties dealt and will deal with Brexit, the report shows:

The report also identifies a number of future challenges for parliament:

In the midst of the current Coronavirus crisis, these challenges and questions might no longer seem so pressing, but they will not go away.

Anand Menon, director of The UK in a Changing Europe, said: “The 2016-2019 period will go down as one the most bitterly fought battles in parliamentary history.

“Given the critical role the institution plays in our democracy it’s incumbent on MPs, and the media, to do what they can to restore public trust in parliament post-Brexit, through communicating its proper scrutiny role and enabling this to develop to meet the new challenges that lie ahead.”