Parliament has exerted its strength and shown its weakness 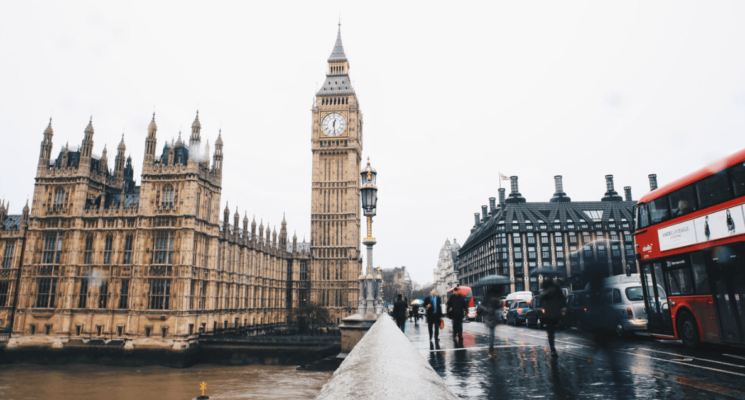 It now seems curious to think back to the time, immediately after the 2016 referendum, when Theresa May suggested that Parliament would play little role in the Brexit process. Her preference was for the government to trigger Article 50, and then negotiate a Withdrawal Agreement for presentation to the Commons on a ‘take it or leave it’ basis – with only limited space for parliamentary oversight.

In the months that followed, Parliament increasingly asserted its rights. From select committees holding hearings, demanding government documents and publishing reports, to the requirement for a ‘meaningful vote’ on the Withdrawal Agreement inserted via a backbench amendment to the European Union (Withdrawal) Bill, to the Commons voting that the government was ‘in contempt of parliament’: the legislature has become ever more central to shaping the process. Government defeats in the House of Commons have been commonplace, and Parliament’s role has frequently led the news. How different that feels to the Prime Minister’s original plan.

This shifting power balance can be traced to various factors. In one sense, they reflect a longer-term dynamic of growing parliamentary assertiveness and backbench independence. It is notable, for example, that several of the most visible protagonists (such as Hilary Benn and Yvette Cooper) have been select committee chairs – who enjoy enhanced legitimacy thanks to the introduction of chamber-wide elections in 2010.

All of these factors will remain key to the parliamentary context in the coming period, making decision making complex and unpredictable. Following the Commons’ vote to extend Article 50, and its repeated rejection of both May’s deal and ‘no deal’, the ball remains firmly in Parliament’s court.

MPs seem set to become more assertive still, and must now navigate the alternatives – including a significantly revised deal of some kind, and possibly a further referendum. Some may also advocate a deliberative citizens’ assembly to take the heat out of the Brexit issue, if a longer extension can be agreed.

Events to date have shown some of Parliament’s strengths, but also some of its weaknesses. For those who believed that the government controls Parliament, the truth has become increasingly apparent – the real relationship is the other way around. The usual default of Commons’ agreement with government depends on factors currently absent: cohesive parties with agreed policy objectives, and a partisan majority.

In the absence of those things the institution itself has struggled. In particular, unlike many overseas parliaments, there is no cross-party mechanism in the Commons for agreeing the parliamentary agenda. To gain control, MPs have needed imaginative use of amendments and motions, coupled with coercion of the government through threats of ministerial resignation – both of them distinctly crude instruments.

In the period ahead, this lack of coordinated parliamentary decision making may remain problematic. With a bit of breathing space, it might be possible to devise more innovative procedures, for example to allow MPs to vote on multiple options, but achieving that is technically challenging. And using unfamiliar ‘procedural tricks’ on this crucial issue could risk undermining public legitimacy.

The challenge both for the government and for parliamentary procedural specialists is to find a way of flushing out MPs’ views – to achieve a majority vote for something, rather than just against the options on the table. The challenge for MPs, in the absence of the kind of stable party blocs which are usually the norm, is to find the leadership and organisation to organise and deliver a majority solution.

In thinking all this through, it is worth remembering that Parliament has struggled so far merely in choosing between ‘in principle’ solutions. But if a solution is finally agreed, legislation will be needed to put that into effect – be it a revised deal, and/or arrangements for a referendum. Holding a coalition of MPs together to support a bill containing all the detail of any such move, with other MPs intent on breaking it through amendments of numerous kinds, would be significantly more difficult than gaining simple, in principle support.

When the dust finally settles, there may be appetite for reviewing whether parliamentary procedures can be strengthened to avoid future stand-offs such as those seen in the Brexit process. That would require the development of genuine parliamentary leadership, independent of the government machine. But if the outcome of the next stage is a more decisive move to Brexit, Parliament will soon be faced with numerous other urgent challenges.

These include developing robust mechanisms to scrutinise the next phase of negotiations with the EU, plus the promised international trade deals. In addition, Parliament would need to think ahead to the post-transition phase, and develop greater capacity to deal with policy fields, such as agriculture and environment, currently handled at EU level.

This last task opens up a further set of complex questions, including how to manage parliamentary oversight of UK-wide frameworks, including appropriate coordination with legislatures at the devolved level.

By Meg Russell, Professor of British and Comparative Politics, and Director of the Constitution Unit, at University College London.