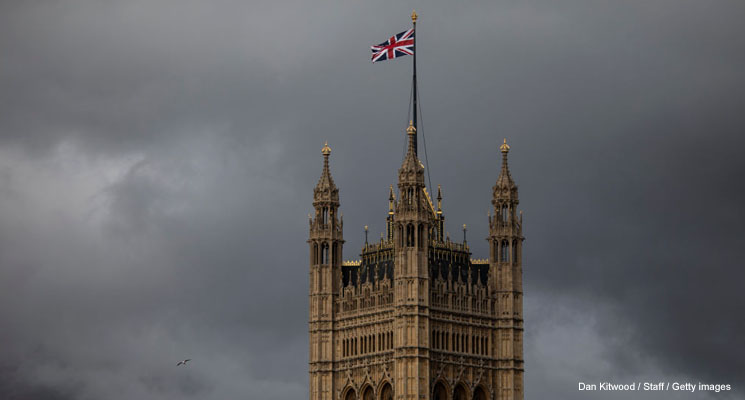 Parliament sits at the heart of the UK’s democracy, with core functions of holding the government to account, scrutinising and legitimising its actions. Through local representation and the representation of political parties, it links citizens to the key political decisions that are taken in their name.

In all democracies parliaments are central – it’s impossible to be a democracy without a parliament. But this centrality is particularly so in the UK, for two fundamental reasons.

First, as a ‘parliamentary’ (rather than presidential) democracy the government ultimately depends on the House of Commons’ confidence for its survival.

Second, the UK puts the principle of ‘parliamentary sovereignty’ at the core of its constitution.

Challenges to the authority of parliament are thus challenges to UK democracy, and potentially to our constitution itself. Yet such challenges occurred, increasingly, during the Brexit process.

That process saw unprecedented levels of conflict between government and parliament, and perceived conflicts between ‘parliament and people’, precipitated by a unique chain of events.

The 2016 referendum handed voters the in-principle decision over the UK’s membership of the EU, at a time when most MPs supported ‘Remain’.

This already promised tensions, given that parliament and government were left to navigate the more detailed questions about the form that Brexit should take.

The Conservatives were highly divided on Brexit, while most Labour MPs instinctively opposed it.

Delivering such a controversial policy with the narrow parliamentary majority that Theresa May inherited from David Cameron looked risky, so she gambled on a general election in 2017 to improve matters; but this resulted in an even weaker minority government. Her authority was undermined, and parliament more divided than before.

The fractious two years before May resigned as Prime Minister in July 2019 saw record Conservative rebellions and government defeats – with her Withdrawal Agreement rejected by 432 votes to 202 in January 2019, then a second time by 391 to 242 votes in early March.

May had battled to achieve an agreement in Brussels which would deliver on the referendum result, protect the interests of Northern Ireland, and hold her party together. But this appeared an impossible task.

Venting her frustration after the second defeat in a Downing Street statement, she appealed directly to the nation, claiming that ‘I am on your side’.

She suggested that ‘you the public have had enough’, in the face of ‘MPs… unable to agree on a way to implement the UK’s withdrawal’.

This was just one instance of an anti-parliamentary rhetoric which became increasingly prevalent after the referendum.

It was a populist ‘anti-elite’ message which was gladly propagated by the same sections of the media that had traditionally demonised ‘Brussels’, and was also extended to the courts.

The now-infamous ‘enemies of the people’ headline was a reaction against judges who returned the question of whether Article 50 should be triggered to parliament, rather than allowing the government to act alone.

As the drama unfolded, particularly when seeking to prevent a ‘no deal’ exit, parliamentarians continued to attract fury, and labels such as ‘wreckers’ or ‘mutineers’.

Clearly parliament was divided over Brexit. But so too was government – hence May suffered a historically high level of ministerial resignations.

The country was also deeply polarised by the referendum result, including increasingly on how the crucial next decisions should be taken. As a representative body, parliament largely reflected that.

The House of Commons, by design, includes many diverse voices – and policy agreement requires building a majority amongst them.

This usually happens relatively easily: when the governing party has a majority, and can largely iron out policy disagreements behind-the-scenes, it can present a united front. But these standard operating procedures broke down completely over Brexit.

So if Brexit placed government and parliament at loggerheads, it’s important to dig deeper to understand exactly who was at loggerheads with whom.

As was emphasised years ago in a classic article by Anthony King, the ‘pivotal voters’ in parliament are normally the government’s own backbenchers – without their support government policy will fail.

On Brexit, backbench rebellion levels were huge, and perhaps counterintuitively, the most determined rebels were largely those most committed to Brexit.

Twenty-eight ‘Spartans’ voted against Theresa May’s deal three times, as did her ‘confidence and supply’ partners the Northern Ireland DUP. Had these groups supported it, her deal would actually have passed on the third occasion, rather than being defeated by 58 votes.

When she departed, Boris Johnson – who had previously quit her Cabinet and voted twice against her deal – took over, putting several of the ‘Spartans’ on his frontbench. But the new rhetoric was not anti-May, it continued to be anti-parliament.

This reached a crescendo over the prorogation of parliament (subsequently ruled unlawful), which had strong approval among Leave supporters. It continued during the election campaign, the Conservative manifesto criticising the ‘failure of Parliament to deliver Brexit’.

Repeatedly during 2016-19, governments sought to circumvent parliamentary resistance in order to deliver the ‘will of the people’.

Ministers proposed to sideline traditional parliamentary sovereignty in the name of respecting popular sovereignty, using this to argue for stronger executive powers.

In fact, looking back, the key dispute during this period was between Conservative governments and their own backbenchers; the two sides holding conflicting visions of Brexit, and both claiming to speak for ‘the people’.

But parliament, as a complex representative body in a divided nation, ended up taking much of the flak.

This last period risks doing lasting damage to parliament’s reputation, which was already low following previous events such as the 2009 MPs’ expenses scandal. This was a fertile breeding ground for anti-elite rhetoric, which has significantly grown.

As the nation seeks to enter a new period of post-Brexit ‘healing’, restoring faith in our parliament – as a deliberative body with responsibility for navigating difficult policy decisions – should therefore be an urgent priority.

By Professor Meg Russell, senior fellow at The UK in a Changing Europe and director of the Constitution Unit. This piece forms part of our Parliament and Brexit report.