Parliament was a key battleground over Brexit 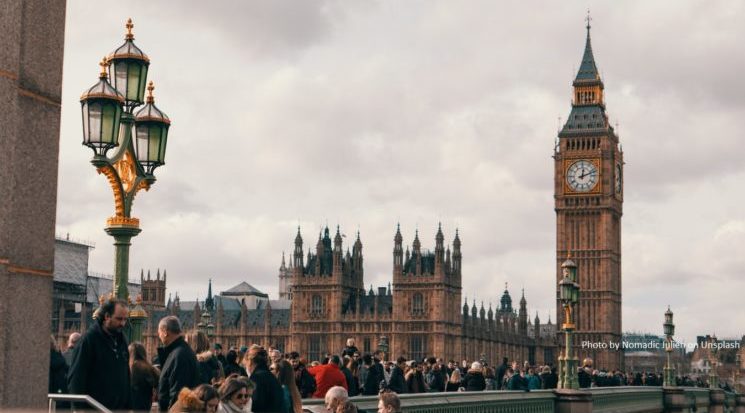 For more than three years after the 2016 referendum, Parliament was a key battleground over Brexit. The drama included heavy government defeats on the floor of the House of Commons, party rebellions and splits, procedural innovations to allow backbenchers to ‘seize control’ of the Commons agenda (leading to heated arguments about the Speaker’s impartiality), and finally a prorogation of parliament that was ruled unlawful by the Supreme Court. The growing tension was finally broken by the December general election.

That election looks set largely to end the parliamentary conflicts. The preceding tensions flowed from the unusual (in British terms) context of minority government, combined with the need for a deeply divided governing party to deliver a complex and controversial policy, aggravated by Theresa May’s instinctive inflexibility and tribalism as Prime Minister.

Ironically, minority government resulted from the 2017 general election, called by May to strengthen the Conservatives’ position in Parliament, because David Cameron’s narrow 2015 majority had appeared too fragile for delivering Brexit.

Boris Johnson now has a working majority of 87 in the House of Commons, reasserting a sense of ‘normality’ in British politics (though perhaps only for those with long memories, as this was the first comfortable single-party win since 2005). Consequently, navigating the Commons can be expected to get much easier. With the UK having left the EU, MPs will recognise the need to deliver the next stages of Brexit.

Many of them are new and inexperienced, and will not make waves, particularly having been elected on a Brexit manifesto (see the section by Tim Bale). Some (particularly those elected in constituencies that the party did not expect to win) may turn out to be wildcards, and some longerserving members may have less tolerance of government mis-steps. But even a couple of dozen rebels need not greatly worry the prime minister.

As the House of Commons gets easier, the House of Lords may become more difficult. This is the first time that a Conservative government with a serious majority has faced the post-1999 ‘no overall control’ second chamber. The Lords has since 2010 been relatively easy to handle, first faced with a coalition government which controlled the majority of party seats in the chamber, and latterly with a House of Commons that became the primary forum for dissent.

If Commons scrutiny now becomes weaker and less effective, peers may seek to fill the gap, by asking tougher questions of government and pressing points through amendments to bills. But they too recognise the mandate for Brexit, and MPs’ primacy, so any objections will be on points of detail, not big issues of principle.

The immediate task has been the passage of the EU (Withdrawal Agreement) Bill, to facilitate the UK’s formal exit on 31 January. MPs passed this easily; peers raised concerns about matters such as the degree of powers delegated to ministers over future policy-making (a favourite topic for the Lords), but this caused ministers relatively little discomfort.

Compared to the version which previously appeared in October 2019, it was notable that the bill removed much of the parliamentary oversight of the next stages – for example, the need for approval of the government’s negotiating objectives. It was perhaps understandable that Johnson sought to free himself in this way, but largely unnecessary given his comfortable majority. Also, since parliamentary scrutiny can help sharpen arguments and analysis in Whitehall, it may prove counter-productive.

Perhaps more surprising was that, rather than simply omitting the previous requirement for parliamentary approval of any extension to the transition period, ministers replaced it with a clause outlawing any such extension. This was symbolically important, but could be a decision the Prime Minister comes to regret – despite in theory having the majority to overturn it should this prove necessary.

Further Brexit legislation, which failed to pass in the 2017-19 parliament, will follow during the transition period – including bills on trade, agriculture, fisheries, immigration and environmental protection.

These will provide a better test of the new parliamentary environment, with less time pressure and the opportunity for both MPs and peers to have found their feet, and their voice. Previously parliamentarians tabled various amendments on matters such as animal welfare, environmental standards and limiting government discretion on trade policy. Some of these issues could recur, sparking disagreements inside the governing party, and certainly between the UK and devolved governments.

New challenges will face Parliament during and after transition. There will continue to be a flood of secondary legislation to scrutinise, implementing the detail of the new arrangements. Another big question will be the nature, extent, and appropriate forum for parliamentary oversight of trade agreements.

If the government remains instinctively resistant to scrutiny, this will contradict previous recommendations from committees in both the Commons and the Lords which have urged strengthening of existing arrangements – e.g. to debate negotiating mandates and ongoing negotiations.

Any government restructuring – including abolition of the Department for Exiting the EU – will have repercussions for the structure of Commons committees. This may generate pressure from MPs for some other overarching Brexit scrutiny committee.

Meanwhile the House of Lords’ central committee has for decades been the European Union Committee, whose six subcommittees collectively occupy dozens of peers. There are obvious questions about the extent to which these structures should be dismantled (some EU scrutiny may remain valuable, depending on the future relationship), and what should replace them. A key area where new forms of oversight could be beneficial is over UK ‘common frameworks’, where joint mechanisms with the devolved legislatures would make sense.

Parliament’s future challenges may go beyond Brexit itself, including broader fallout from the torrid pre-election period. The Conservative manifesto promised a ‘Constitution, Democracy and Rights Commission’, with a remit including examination of ‘the relationship between the government, Parliament and the courts’, and Lords reform. Hence alongside Brexit, wider debates about Parliament’s proper place and role in the constitution seem likely.

As it turns out, the election outcome (clearly unknown when the manifesto was drafted) has rendered such discussions far less urgent, so interest in them might drain away. To the extent that they remain a focus, the most important question from the previous period is how both executive and Parliament can better handle any future instances of minority government.

By Professor Meg Russell, senior fellow at The UK in a Changing Europe and director of the Constitution Unit. This piece was a part of the full report Brexit: what next?