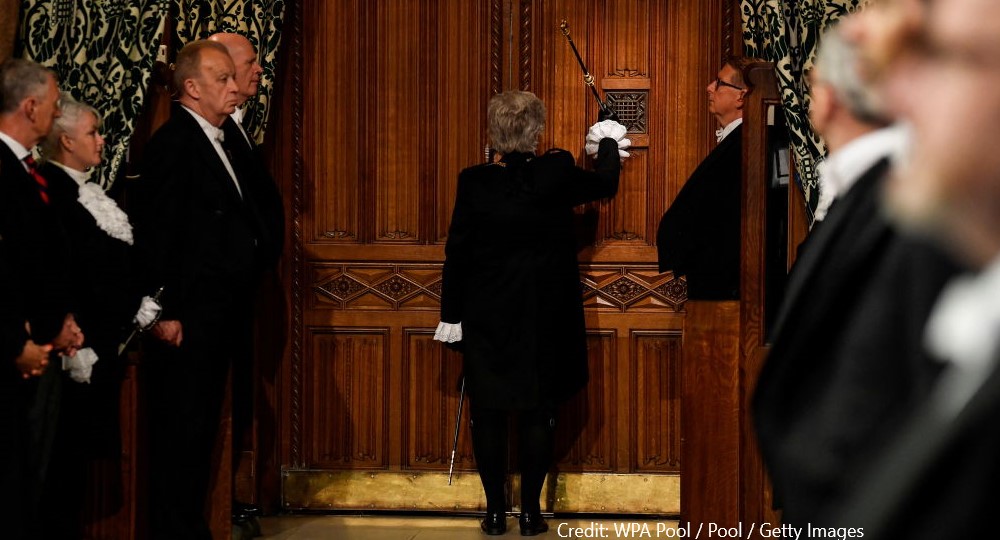 There are many take-aways from ‘partygate’ (and I’m not referring to suitcases full of wine), but one which has been under-explored is the unintelligibility for the public of Parliament’s response to the scandal. The risk that impenetrable parliamentary language and complex procedures impede public understanding of the significance of what goes on in Parliament is one of the key themes I explore in my new book Held in contempt: what’s wrong with the House of Commons?

Partygate itself ‘cut through’ to the public because everyone could readily understand the idea of lockdown-breaking parties and relate it to their personal experience of the pandemic. The Met Police investigation and Sue Gray’s internal government inquiry were a comprehensible response.

But Parliament’s reaction to the scandal was far less comprehensible to those outside Westminster. Within that bubble, the focus is less on what ministers did, but more about what they said about what they and their civil servants were up to and what they knew. As the prolonged police and civil service inquiries have run their course, MPs have fixated on the question of whether Boris Johnson has lied to Parliament.

In the bubble the reasons for this focus are well understood. Under the ministerial code, which has no legal status, so is better regarded as a code of honour,  a minister who knowingly misleads Parliament is expected to resign. This is the only part of the Code (underpinned by a 1997 resolution of the House of Commons), where the sanction for a breach is prescribed and not left to the discretion of the Prime Minister to determine (although he does not have to accept a resignation offered).

This procedural reason why the Opposition parties are so keen to prove the Prime Minister deliberately misled the House is underpinned by the constitutional reason – the risk that Parliament’s role in holding the government to account is fundamentally undermined by a weakening of the principle that ministers must provide accurate information to the legislature.

Beyond Westminster, however, the focus on Boris Johnson’s honesty is less well understood. It is hardly as if the Prime Minister’s loose relationship with the truth was not already well established – he is a man who has twice been sacked for lying to his boss – and this aspect of his behaviour was presumably ‘priced in’ by the voters who elected him to lead a government with an 80 seat majority in 2019. It is therefore mystifying to those outside Westminster that MPs are focusing so intently on the question of whether Johnson lied to parliament rather than on the lawbreaking behaviour itself, which is what many actually find offensive.

The House of Commons could not even debate the matter of Boris Johnson’s honesty without tying itself in procedural knots. Again, in Westminster it is well understood that MPs are not allowed to accuse each other of lying unless that dishonesty is the actual subject under discussion. This rule exists  to prevent debates descending into slanging matches and to maintain the fiction that all elected members are ‘honourable’. But beyond SW1, the idea that the Speaker has, and will apply, sanctions against MPs who accuse each other of lying but is powerless to respond to those who may actually be lying to the House seems to invert the seriousness of the actual offences. Ian Blackford’s decision to get himself expelled from the Chamber during Prime Minister’s Questions by accusing Johnson of lying highlighted the incongruity of Parliament’s procedures.

And the procedure which the House of Commons does have to investigate MPs accused of misleading the House is similarly complex and difficult to understand. The media over the past month has been full of questions about the meaning of contempt, the role of the Privileges Committee and how it differs from that of the Standards Committee. The chair of both committees – Chris Bryant MP – even took to Twitter to offer his understanding of how it was (and was not) possible for the Standards Committee to proceed. While the confusion was to some extent understandable, given the infrequency of privileges inquiries, the fact that even some MPs seemed unclear about the process demonstrated the problematic extent of the complexity.

The impenetrability of parliamentary language and the intricacy of Parliament’s procedures prevent the public understanding what is done in their name in Parliament and encourage them to see Westminster as a closed club run for the benefit of MPs. It promotes a focus on the complexity of the process rather than the issues and principles which are really at stake. Jargon-filled language encourages the media to portray Parliament’s work as arcane rather than dealing with the core issues facing the public. Complex rules create an uneven playing field for MPs who vary in their understanding of how to make best use of them and discourage potential MPs who see them as incomprehensible.

This is a problem that MPs could solve if there was the political will to do so. Previous efforts to simplify Commons rules have run into the sand, but could be revived – debated and voted on – with government support.  Experts on communications and accessibility should be consulted about how to make parliamentary language more comprehensible.

These may seem odd things to focus on in the middle of a European war and with the cost of living rocketing.  But they matter: if the public struggle to understand what MPs are doing, it makes it less likely they will value their work and undermines the already-low reputation of the House of Commons as an institution.

‘Partygate’ and ‘beergate’ between them have encouraged the public perception that all politicians are as bad as each other. ‘A plague on all your houses’ might seem like the least worst outcome for those involved in the scandals, but it is a disaster for our democracy.  MPs need to think seriously about actions they could be taking to begin the slow task of rebuilding the reputation of Parliament.

By Dr Hannah White, Deputy Director of the Institute for Government. Her book Held in contempt: what’s wrong with the House of Commons? is published by Manchester University Press and available here.