Cost of No Deal Revisited 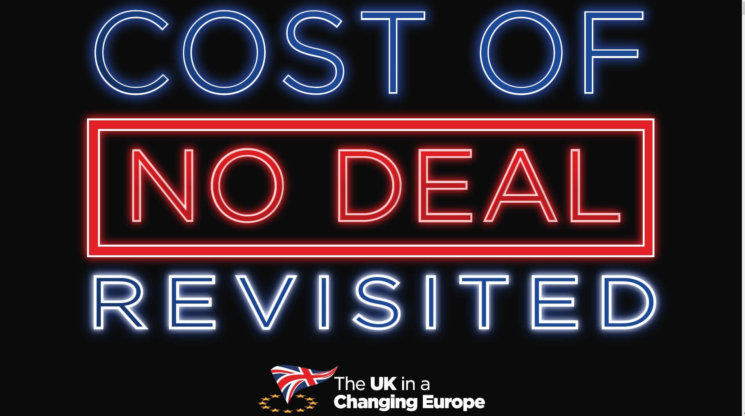 A no deal Brexit will have a potentially large impact across a wide range of sectors and regions The UK in a Changing Europe’s report, Cost of No Deal Revisited, finds.

A chaotic Brexit – where the UK fails to sign a withdrawal agreement – would generate short-term uncertainties including the disappearance, without replacement, of many of the rules underpinning the UK’s economic and regulatory structures.