Partners in equality? the EU and devolution 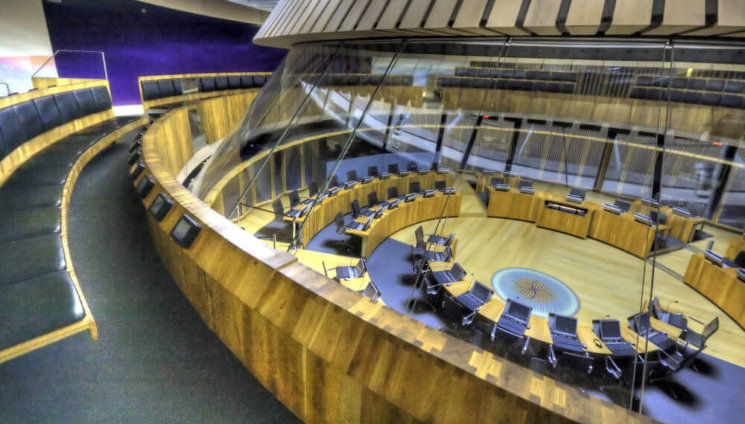 While no credible definition of the EU could be stretched to ‘feminist’, it has indeed been active in the area of women’s rights and gender equality since the early days of European integration.

The consistent effort of activists and sympathetic policy-makers over the years has resulted in an impressive (albeit incomplete) array of legislation, soft policy measures, funds, organisations and networks for the advancement of substantive equality between women and men in Europe.

In a post-devolution UK – where some law-making powers have been transferred from London to Edinburgh, Cardiff and Belfast, and distinct devolved administrations established – Scotland, Wales and Northern Ireland have engaged with (and been affected by) this EU-level activity in a variety of different ways.

Across the four nations of the UK, and within the confines of devolved competence, differences in attitudes towards advancing gender equality have been clearly expressed as the processes of devolution have unfolded since the late 1990s.

Let’s take the case of Wales.

Although the power to make primary equalities legislation is reserved to Westminster, Welsh Ministers have introduced a distinct suite of specific public sector equality duties and have included a national goal for a more equal Wales within the unique Well-being of Future Generations Act.

Public sector bodies are required to implement an ‘Ask and Act’ approach in relation to domestic violence (to identify and support service users who are victims or at risk); local authorities are required to assess the support needs of carers with respect to, for example, welfare transfers and respite; and there is an extended childcare offer.

Also, in a notable intervention, on International Women’s Day this year (8 March 2018), the First Minister made a commitment to achieving a feminist government in Wales and called for gender equality to be put at the heart of policy-making.

As for the National Assembly for Wales, it has led internationally in the representation of women, securing 50:50 representation of women and men in the 2003 elections. Indeed, there were more women than men in the Assembly in 2007 following a by-election, and more women in the cabinet (although with a subsequent rollback).  Around this political infrastructure, a vibrant Welsh civil society has developed, including gender equality organisations which lobby both the UK and Welsh governments, depending on the issue in hand.

Although, in some respects, this Welsh approach is progressive, emphasising this intra-UK distinction is not intended to precede a comparative analysis between the nations of the UK – not least because rhetorical commitments and equality policy are the beginning (not the end) of the story in securing substantive equality between women and men.

Instead, it is to acknowledge that the political backdrop and institutional architecture in place for addressing gender equality are different across the UK.

Notably, there has been a visible European dimension to gender equality work in Wales.  Welsh politicians and activists have been able to draw on a reasonably rich range of policies, projects, funds and networks at the European level to further their own Welsh equality agenda.

This was aided to some extent by the fortuitous coincidence between the launch of devolution and some significant European-level advances for gender equality, including the adoption of ‘gender mainstreaming’ (which calls for the consideration of gender equality throughout the policy-making process).

This European dimension has played out in a number of ways, including Wales’ embedding of the principal of equality within its devolution legislation; emphasis upon the commitment to gender mainstreaming within projects funded by the European Structural Funds; and Welsh engagement with the (at times) more socially minded policies that were coming from the European level.

Furthermore, civil society organisations from Wales have actively ‘plugged in’ to Europe via European networks, such as the European Women’s Lobby and the Social Platform.

Activists from Wales have used access to these networks to push their domestic agendas, exchange information about policy ideas and opportunities, learn from European partners, and engage in joint-projects.

Of particular significance is that many of these networks afford Welsh actors an access, presence and voice that is distinct from their UK counterparts.  As such, this European space has been used by equality advocates to advance their own agendas in Wales.

After Brexit, those working towards gender equality across the UK will no longer have the same access to this European infrastructure. The legislative and policy environment for gender equality will change, there will not be European funds available, and access to European networks and organisations will at the very least be reconfigured.

Brexit looms large for those equality actors across the UK who have used the EU’s gender equality provisions to promote their domestic agendas.  While this is not unique to the devolved nations, Brexit will certainly ring different changes across the UK.

Research, debate and activism must acknowledge the territorial dimension to gender equality in the UK, as essential to securing progress towards social justice across the UK after Brexit.

By Dr Rachel Minto, Wales Governance Centre, Cardiff University. The author would like to thank Dr Alison Parken (Honorary Senior Research Fellow, Cardiff Business School, Cardiff University) for her valuable contributions to this post. Rachel Minto spoke at our ‘Brexit and Gender’ conference. You can watch the full discussion here.