Partners no more? Scotland, Wales and the Withdrawal Bill in the House of Lords 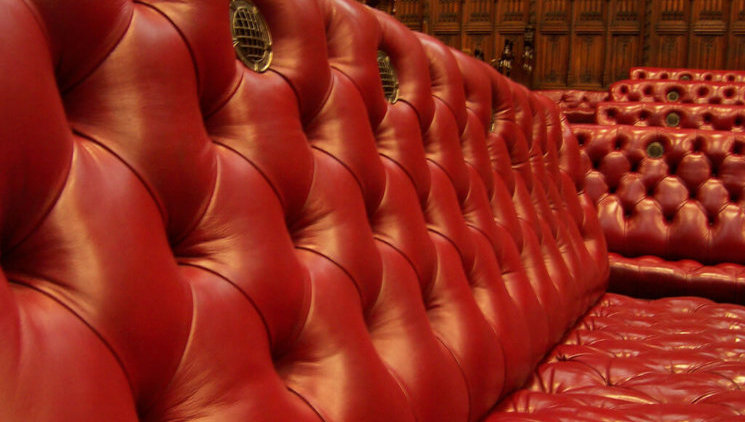 The Withdrawal Bill’s passage through Report stage in the House of Lords has brought a steady run of defeats for the UK government. However, its proposals on how powers are to be exercised by the devolved legislatures on the return of those powers from Brussels were accepted by the House.

These proposals were a significant shift from the government’s opening position, and reflect extensive, close working between the devolved and UK governments, and compromise all round from their respective starting positions.

While the distance travelled may have seen the UK government succeed in having their amendments accepted inside the House, the Scottish government, unlike the Welsh government, remains reluctant to sign up.

Despite the ideological divide between the unionist Welsh Labour government in Cardiff, and the pro-independence government in Edinburgh formed by Scottish National Party, the last year has seen unprecedented collaboration by the two to defend their existing devolution settlements. These devolution arrangements are seen as under threat as powers return from Brussels under the terms foreseen in the Withdrawal Bill.

Under the UK constitution as it currently stands, full responsibility for policy decisions in key areas such as agriculture, environment and fisheries would be held at a devolved level, in line with the provisions of the Scotland Act and Government of Wales Act.

Released from common EU rules, and from the demands of EU internal market law (which guarantees free circulation of goods, workers, services and capital) significant policy divergence may be possible for the first time.

This has been presented as problematic for the UK’s own internal market and free movement within the UK, as well as creating difficulties for the UK to be able to set a consistent, unified line in international trade deals – which may be compromised if different rules operate across the UK on the acceptability of GM crops, or the labelling of chlorine washed chicken, for example.

These concerns prompted the UK government to initially propose, in Clause 11 of the Withdrawal Bill, that policy areas returning from Brussels which fall under devolved competence should default to Westminster, and then be subject to new common UK wide rules; or, where these were deemed unnecessary, be released back to the devolved legislatures.

Unsurprisingly, this found little support from the devolved administrations. The two governments (NI having been without an executive since January 2017) worked together to oppose this, and other related aspects of the Withdrawal Bill, developing joint amendments, announcing in tandem that they would withhold consent from the Bill as originally drafted, and subsequently both creating their own backstop legislation to pre-empt the Withdrawal Bill.

This united front broke at the end of April, when the Welsh government accepted a package of measures dealing with the return of powers, which the Scottish government rejected. Rather than walking away from the process, the Scottish government has continued to seek to reach agreement over terms on which powers are returned, hoping to gain further ground than contained in the new Clause 11 package.

The package, which includes amendments on the face of the Bill and an intergovernmental agreement, acknowledges that returning powers are held by the devolved legislatures, but provides that existing EU law in some areas is to be frozen by UK ministerial regulation, effectively tying the hands of the devolved legislatures and executives to act in those areas, (and, by political agreement, for England) in readiness for the adoption of new UK wide frameworks.

For the Welsh government, their agreement is a compromise on their preferred outcome, which would have been the removal altogether of Clause 11, and an approach to joint working based on mutual trust. However, it is felt that there has been the offer of sufficient safeguards to permit the government to accept the package.

These include, in the Bill, a sunset clause for the exercise of the freeze on powers and the duration of that freeze (anticipating the adoption of common UK wide legislative frameworks) and a political assurance (in the agreement) that the freezing of powers by ministerial regulation will not normally be done without the consent of the devolved legislatures.

The amendments further provide that where devolved consent is not forthcoming, the reasons for this will be laid before the Westminster Parliament for their consideration as to whether or not to approve the ministerial regulation.

The Scottish government would also prefer the removal altogether of Clause 11, though as a compromise alternative, they were prepared to accept an amendment that a decision to freeze powers should be seen as a change to devolved competence, and should only be undertaken according to the established procedure for such changes – an Order in Council, which requires the consent of all parliaments.

This was reflected in a series of further amendments tabled by a group of cross bench peers, led by the former Supreme Court judge, Lord Hope. These may have been carried had there been a breakthrough in the Joint Ministerial Committee held earlier on the same day – though agreement to the Scottish position was not forthcoming.

If that doesn’t happen and legislative consent isn’t forthcoming, the complexity-riddled prospect arises of Scotland falling back on its continuity legislation – assuming the Supreme Court approves it, and does so before the UK Withdrawal Bill occupies the space the Scottish legislation is hoping to fill.

Though a split has opened up over Clause 11, both the Welsh and Scottish governments have committed to continue working together, and have been respectful of each other’s positions and of the differences that have led there.

These differences include not just the difference in the Referendum vote, but also the ideological differences between a unionist and a separatist party, and their differing position on the lodestar of UK constitution – parliamentary sovereignty, the role of the Westminster Parliament as ultimate arbiter, and its status as the sole locus of sovereignty.

By Jo Hunt, senior fellow at The UK in a Changing Europe and Hedydd Phylip, Wales Governance Centre, Cardiff University.