Partygate: restructuring and restaffing No.10 is easier said than done 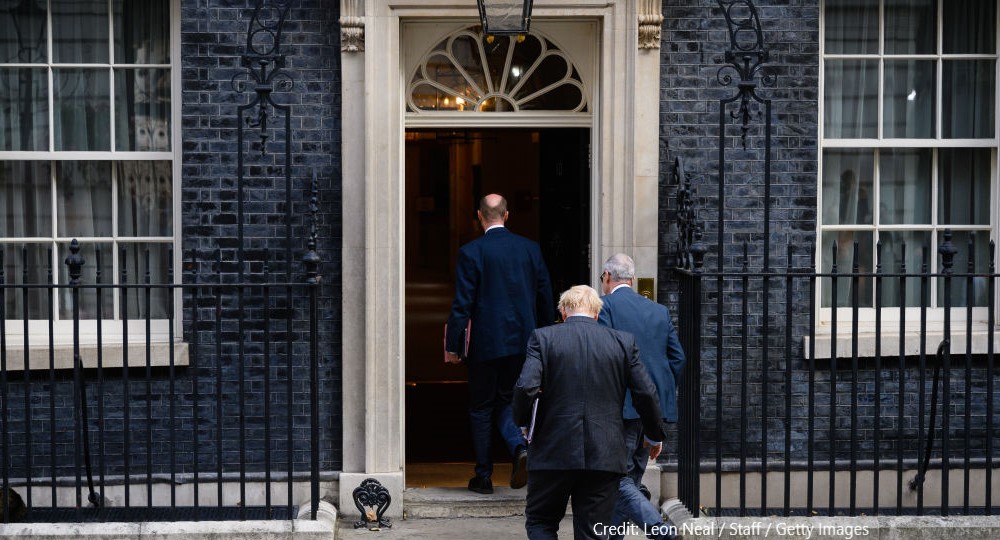 The one thing that seems to be clear is that, whatever happens to the Prime Minister, there will be a substantial clear out of staff in No.10 as a result of the investigations into “partygate” (parties during lockdown). It is not clear how extensive that will be, and who will escape. Ironically the only resignation so far is one person who made clear she did not attend the December 2020 party – former press spokesperson, Allegra Stratton.

But while there is some talk about whether it is a good time to change Prime Minister, with multiple domestic and international challenges looming, there is none on whether this is really the right time to go in for a wholesale restructuring of the operation that supports him inside Downing Street.

Of course there is always change in the political team when a new Prime Minister takes over – and, even when that change is within the same party, personal animosities can mean that handovers are limited.

An incoming Prime Minister can bring some of their existing team of advisers with them – Theresa May brought Nick Timothy and Fiona Hill in as joint chiefs of staff, and Gordon Brown brought over some of the team that had worked with him at the Treasury.

Continuity is provided by the presence of the permanent civil servants – they may move on after a few months, but their whole role is to provide a seamless transition. As one Prime Minister exits via the palace, they prepare No.10 to welcome the next one an hour or so later.

There is a risk that that whole substructure of support for the Prime Minister crumbles if ‘deputy heads’ roll, as the Boris Johnson seems to be promising his backbenchers in the wake of partygate. Names mentioned include Dan Rosenfield, lured back from the private sector to No.10 to get a grip on the Downing Street operation as Chief of Staff after Dominic Cummings quit, and Martin Reynolds, the current top civil servant in No.10 and Johnson’s Principal Private Secretary.

Other private office staff will be implicated in partygate as well, and it is not clear whether they would be included in any shake-up. Those private secretaries each cover a number of briefs and the relevant departments for the Prime Minister. It is not clear whether throughout the partygate investigstions any of them will be seen as culpable enough to be required to go.

Some of the gatherings appear to involve the press office – so that may be another place where the axe may need to be seen to fall. It is not clear whether the Policy Unit – the mix of special advisers and civil servants who provide policy advice to the Prime Minister – are also in the frame.

But just deciding who is asked to go is not the end of the story. Other staff may simply want to get out of a working environment where morale is already reportedly low, and in which the Prime Minister has decided to ask staff to take the rap for him. The forced exodus may be followed rapidly by a voluntary one.

And having seen that, No.10 may find it hard to attract the sort of talented and experienced officials it needs. A stint in No.10 is highly prized by many of the most ambitious civil servants who both relish the insights that seeing government from the top can bring, and see it as an important rung up the Whitehall ladder.

But in the wake of partygate, it is far from clear that anyone in current circumstances would view a turn in No.10 as career enhancing. Many asked will find pressing personal reasons that make them temporarily unavailable or plead with their departments to deem them too essential.

Second, even if they do manage to fill posts rapidly, it takes time for a new team to gel, get on top of the myriad issues that have piled up in the in-tray, and crucially build relations with the Prime Minister, understand (as well as manage) his ways of working, and build the networks around government that are all critical to making the machine work. The bigger the clear-out, the longer and deeper the ensuing hiatus and associated dysfunction. This would all be compounded if the circumstances of people’s departure limited the scope for handovers.

There have been stories that the Prime Minister might bring in a top civil servant as No.10 permanent secretary to sit above the chief of staff and the principal private secretary. There have only ever been two permanent secretaries to No.10 – Jeremy Heywood, when he was summoned back to Downing Street from the private sector by Gordon Brown to try to sort his own misfiring No.10 and Simon Case, the current Cabinet Secretary, who was brought over from Prince William’s Private Office to help the government get a grip on Covid-19.

Some backbenchers are demanding a different solution – the installation of Lord Frost to head up the Downing Street operation. That might have been a feasible transition when Frost ceased to be chief negotiator, and would replicate the move by Theresa May who brought in a former MP Gavin Barwell as her chief of staff after she was forced to sack Timothy and Hill in 2017.

But now Frost has developed a high public profile and a clear policy agenda of his own, the danger is that he would be seen as in political competition with Johnson, rather than serving him. It also assumes that Johnson is still on good terms with someone he promoted and ennobled, who then walked out on him shortly before partygate dropped.

In short, it is easy to make officials and advisers walk the plank. Much less easy to persuade others to get on board.