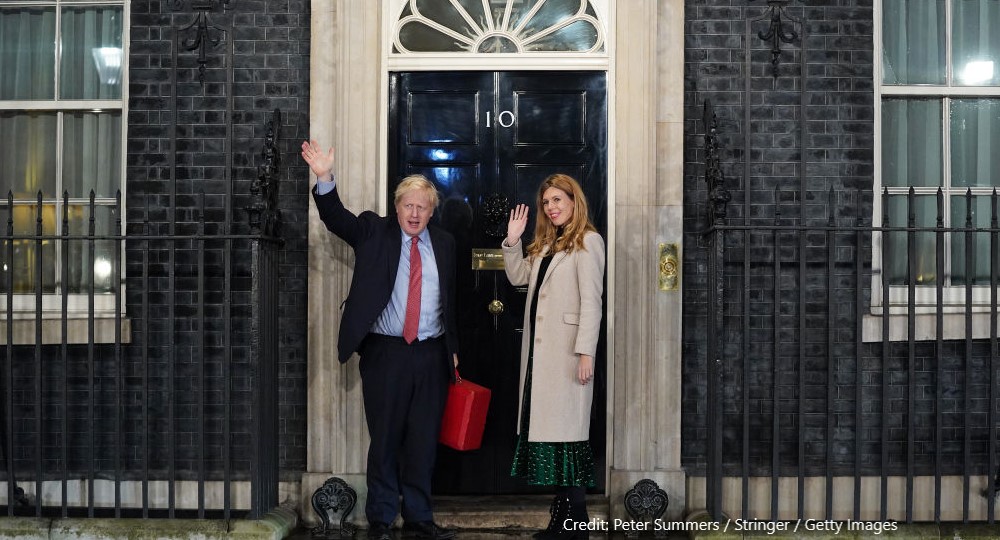 In week three’s instalment, the Met moved onto two politicians and one spouse, with Boris Johnson, Rishi Sunak and the PM’s wife Carrie Johnson all fined over the notorious birthday cake ambush.

That has elicited an apology from all three, with various caveats about their interpretations of the rules (though none asked for their day in court to contest the fine, and risk a criminal record if the court sided with the police).

Eventually a raft of supportive tweets came out from the ministerial payroll. Critically for the Prime Minister, two known former letter writers said this was not the time to bid to unseat him; no MPs came out to say that they had now written a new letter to Sir Graham Brady.

Number 10 will be breathing a sigh of relief. It seems the argument that the middle of the conflict in Ukraine is no time to change leader (notwithstanding the fact that the French are part way through a presidential election), seems to be resonating with backbenchers.

International crisis is trumping any discomfort at having a leader who judged to have broken the law, and whose only defence against ‘knowingly’ misleading Parliament is that he did not understand the draconian rules he himself had imposed on the country.

But the Met’s drama queen approach means that the Prime Minister is not yet out of the woods.

This was the first fine for the Prime Minister, but to misquote Kamala Harris, it may not be the last. There are still more parties under investigation by the Met, and the party-by-party approach means the next few weeks hold plenty of potential booby traps.

The birthday party may seem to many to the least egregious of those under investigation – brief, a meeting with perhaps a bonus song, a disputed cake ambush, outsiders who were in No.10 already.

If the Prime Minister, or his wife, are found to have been at, or indeed instigated, other illicit gatherings (potentially in their own flat), the heat will be back on, and the ignorance defence will look increasingly shopworn.

And then, when the final fines are issued, we finally get to see Gray Unabridged. Hopefully she will explain how a culture of casual disregard for laws designed to protect public health took hold in the top echelons of government – both political and official.

So far, she has pointed the finger at confused accountability structures in Number 10, but that cannot be the whole answer. Not least, it cannot explain what was going on in the Cabinet Office. That will become even more acute if, or when, the current and former Cabinet Secretaries come into the frame for sanction.

Then there is the politics. The polls suggest voters are more fussed about partygate than Conservative MPs, many of whom feel a personal debt to the Prime Minister for getting Brexit done and winning them their seat.

The PM’s team will be able to dismiss any bad results in May as inevitable in a cost of living crisis which, fingers crossed, will abate on the glidepath to the general election. They may point the finger next door at public distaste for the Chancellor’s family’s convoluted tax affairs.

However, if MPs and Conservative councillors experience party rage on the doorstep, that may come back to bite the prime minister. They may no longer be able to rationalise the gap between the number of people who think the Prime Minister and Chancellor should resign, and those who expect them to.

But there are two other factors which might come into play.

If the Ukraine war looks set to last for months, or longer, it will become increasingly difficult to use it as a card against a contest, not least since it is far from clear that policy would change even with a change of government. Of course, a leadership election during a crisis can look self-indulgent, but as a crisis becomes chronic rather than acute, that argument diminishes.

The second is whether a clear alternative to Boris Johnson emerges as a challenger. For many MPs prepared to turn a blind eye to the PM’s conduct, the calculation will be whether his replacement would give them a better chance of holding onto their seat and returning a Conservative government again in 2023 or 2024.

At the moment that looks like a step into the unknown. The shine has come off the Chancellor’s candidacy – and even raising doubts about his future in British politics and indeed Britain – before he found himself on the wrong end of a Fixed Penalty Notice. That means there are a long list of possible replacements, and any contest would be wide open. Some MPs may want to wait until the shape of a future contest becomes clearer before deciding whether to trigger it.

So the Prime Minister can be happy to have survived to Easter, but is not yet guaranteed to still be in place come the autumn.

Whatever the short-term calculations, it is clear that the long-term loser is the British system of ad hoc rules and conventions, of expectations that we can rely on them to get our politicians to act honourably, and trust in politicians and the political system. Restoring that faith in our institutions and the people who inhabit them emerged as a top priority in the Constitution Unit’s citizens’ assembly last year, most of whose discussions predated any partygate stories.

The Prime Minister says he is focussing on the people’s priorities. In January, lack of faith in politics, politicians and government ranked second in Ipsos Mori’s issues tracker, and even in March was still just ahead of the NHS in the top ten.

As he looks to tough it out on partygate, it is far from clear the PM has any plan or inclination to act on that particular priority.