Paul Dacre should rail against ministers, not their civil servants, over his failed bid to chair Ofcom 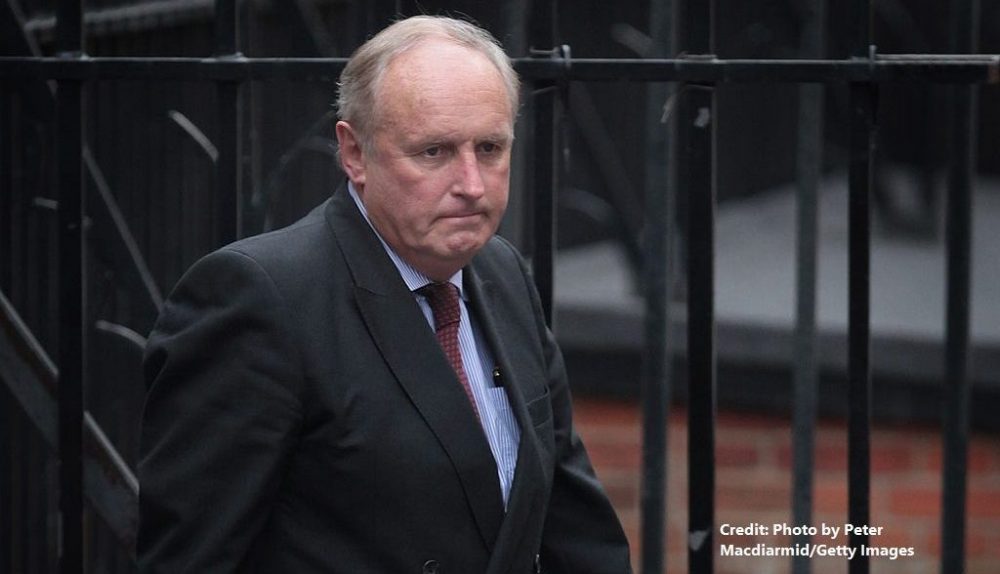 Paul Dacre is right that there are a lot of problems with our process of making appointments to some of the most important public bodies – but the fact that he was not appointed to chair Ofcom is not one of them. Rather, the Ofcom appointment was handled badly from the start.

The government anointed Dacre, the former editor of the Daily Mail, as their preferred chair in advance even of the competition being opened, via a briefing to the Sunday press.

The briefing suggested that he would form part of a new dream team, alongside Daily telegraph editor Charles Moore, whom the government wanted to chair the BBC.

Together this would shake up the British broadcasting establishment. Moore dropped out of the running soon afterwards. Dacre kept going.

There is nothing in the rules to stop ministers from encouraging people they think would be good at these roles from applying.

But the impact of the pre-announcement of his candidature deterred other candidates, and the end result was that the interview panel had few candidates to choose from. Even with this limited field, Dacre was deemed unappointable.

The Culture Secretary, Oliver Dowden, did not want any of the appointable candidates, and, again in line with permitted processes, ordered a re-run of the competition. But that was not his only option.

In line with the Code of Governance on Public Appointments, ministers could have simply imposed their choice of Dacre. But if they had done that, they would need to have accompanied it with an explanation of why they had chosen to override the verdict of the assessment panel.

That would have forced ministers to take full responsibility for the appointment, without the cover of an independent appointments process.

But it would have saved months of agony – of reports of problems in trying to recruit a second panel, and of tweaks to the job description which were widely seen as an attempt to rig the process to produce the result ministers wanted.

To an extent, then, Dacre is right that the process deters good candidates. But in his case the problem lies with ministers.

The process of public appointments is unconscionably long and does not work for people who have other options and cannot, or do not want to, put their lives on hold for a prolonged period. This has been a longstanding complaint of candidates – and of public body chairs about appointments to their boards.

Often the culprits are ministers, and indeed No.10, who leave recommendations to lurk at the bottom of their in-tray. Other candidates for big jobs dislike the prospect of having to face grillings by partisan select committees.

But ministers compounded the problems in the case of the Dacre application. First, the pre-briefing for short-term political gain to throw some meat to culture warriors cast a shadow over Dacre’s candidacy from the start.

Rather than roll the pitch for the appointment, this act raised the stakes – for him, the government and the panel, which had to ensure that it could demonstrate that it was not being browbeaten into pushing over the line someone they thought could not do the job.

Second, ministers focused very much on one aspect of the role, seemingly ignoring the complexity of the Ofcom brief.

Dacre’s attraction was to rein in the BBC; but Ofcom spends much of its time on nerdy issues like terms of access to broadband, whether to break up Openreach, and how to regulate the frontiers of new tech. Dacre’s qualifications for that wider-ranging role were less obvious.

Third, by so obviously politicizing the first attempt at the appointment round, they deterred other candidates and poisoned the second round – hence the problems in appointing a panel and rows even before the interviews over the new job description. That opened the process up to threats of judicial review.

This is not the only appointment that has been badly handled by government in its zeal to reverse what it sees as biases against its sort of candidates.

The mild-mannered former Commissioner of Public Appointments expressed concerns about panel stacking – most notably by the Department for Education under Gavin Williamson.

And the Committee on Standards in Public Life has argued for a strengthening of safeguards in the public appointment process, which had been changed by the Cameron government to give ministers more discretion after a review by Sir Gerry Grimstone (now a Lords minister at the Trade department).

The government quite legitimately wants people who share its world view appointed to key public sector roles. As long as they are deemed qualified, there is no bar to that.

And, whatever Paul Dacre might think, it is succeeding. Most notably, William Shawcross, former chair of the Charity Commission, has taken over as the public appointments process regulator. Disciplinarian headteacher Katharine Birbalsingh has taken over at the Social Mobility Commission.

Moore may not have stayed in the race to be BBC Chair, but Richard Sharp, Rishi Sunak’s former boss and a generous Conservative party donor did, and got the job. Recent appointments to the Equalities and Human Rights Commission have changed its outlook.

Successive governments have handed important functions to public bodies. Ministers need to take qualifications to run them successfully as seriously as notching up another win in a culture war.