People may have had enough of experts like me, but we need to find our voices again 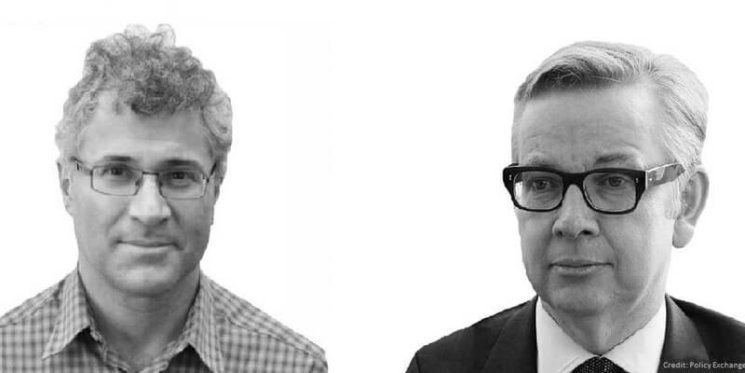 Michael Gove had a point, up to a point. People don’t trust all experts the way they once did, and can be suspicious of their role in public policy. Experts themselves bear some responsibility for this. So too does irresponsible political rhetoric. Whatever the reason, throwing out the baby with the bathwater, simply dismissing the role of expertise tout court, is both wrong-headed and dangerous.

First things first. Gove deserves not to be misquoted. What he was trying to say, before being interrupted by Sky’s Faisal Islam, was that “I think the people of this country have had enough of experts with organisations from acronyms saying that they know what is best and getting it consistently wrong’”.

Yet there is ample empirical evidence that he might have got this wrong. Research by Natcen found that 68 per cent per cent of people trust the Office for National Statistics (acronym ONS) to produce reliable statistics.

That being said, Gove clearly touched a nerve. Anecdotal evidence from conversations at public events round the country reveals a certain frustration with what is seen as the arrogance of experts.  As Lee Jones has argued, it is the presumption of authority based on expertise that galls. And this is not helped when experts such as Mark Carney declare publicly that “We are not going to take instruction on our policies from the political side”.

One symptom of this arrogance has been a tendency for public policy debates to be couched in impenetrable jargon. New Labour bears a disproportionate share of the blame for the emergence of governance by gobbledegook. And this was not a neutral process in that it frequently implied governance by euphemism.

Terms such as “structural adjustment” or “downsizing” were coined to avoid more inflammatory – and comprehensible – alternatives such as “reducing wages” or “sacking people.”

Terminology aside, a further cause of concern has been the kind of data experts produce. I’ve have come across a number of people who think London based experts do not concern themselves with the experiences of the country as a whole. During the referendum campaign, soothing words about the positive aggregate impact of EU membership were met with derision.

Of what relevance are the billions in tax paid by EU migrants to the people of Spalding who struggle to get a GP appointment in the summer? So what if GDP is growing at a healthy lick if the people of Sunderland are seeing nothing but stagnant wages and a steady rise in the cost of living?

Beyond the referendum, why is it that news outlets pay such disproportionate attention to the fate of the FTSE 100? Do people without shares understand what it might be a proxy for? Occasional attention to, say, differential regional growth or unemployment rates, or even the country’s position on the international GINI index table – measuring the gap between rich and poor – would surely represent a useful supplement?

None of this is to say expert analysis is wrong. Nor that statistics and aggregate data are inappropriate ways in which to study the economy. Merely that they sometimes appears irrelevant to the day to day concerns of most people.

Finally, public policy is, and should be, about politics and ideology as well as technocracy. After all, the choice of indicators is itself ideological. As Nigel Farage was honest enough to say during the referendum, his preference was to cut immigration even at the cost of a few points of GDP. Who is to say that, if Brexit leads to smaller and fairer economy, this would be a negative outcome? These are all legitimate choices, but not choices that it is up to the experts to make.

All this being said, Mr Gove undermines his case when he resorts to exaggeration and hyperbole. “Technocrats,” he declares, “have been about as much an improvement on boring old politicians as tower blocks were on Georgian terraces.” The claim that expert knowledge has not brought any benefits is ridiculous. Economists, after all, have been a legitimising force behind the gradual globalisation of trade that has lifted over a billion people out of poverty.

Nor is it helpful to resort to generalisations. What leads Mr Gove to the conclusion that “technocrats… don’t acknowledge when they’ve made mistakes, learn from errors.” Of course there is a tendency towards groupthink to which experts, like many others, must be sensitive. But to claim that a whole class of people is arrogant is equivalent to saying “all politicians are the same,” which I am sure Mr Gove would not accept.

Indeed, when it comes to groupthink, the real danger is not that it afflicts experts, but that they fall in league with politicians and are adopted as cheerleaders for “the system.” This happened, most noticeable, with financial deregulation when politicians, banks and economists all profited nicely from a system they praised uncritically.

Finally, there is a need to also distinguish between different kinds of expertise. As my colleague Jonathan Portes has argued, short and long term economic forecasts should be treated very differently. The former involves attempting to predict the behaviour of millions of individuals interacting in a complex system (consumer confidence will fall after the referendum).

The latter implies a different kind of analysis – of the way a structural shift impacts on the economic system as a whole (leaving the single market will reduce trade which will reduce the size of the British economy). The latter is significantly more robust than the former. Lazy claims that “they got the impact of the referendum wrong, so they’re probably wrong about Brexit too” are perhaps appealing, but they’re also wrong-headed.

We can perhaps forgive Mr Gove for some of his more intemperate comments, made, as they were, in the heat of battle. New York Governor Mario Cuomo famously remarked that politicians campaign in poetry and govern in prose. Perhaps it would be more accurate these days to say they govern in jargon and campaign in catchphrases.

What is needed now, however, is a more balanced conversation. Experts should not run the country. But they have a role to play. I hope that tonight’s debate between Gove and Portes will be approached as an exercise in arriving at a sensible consensus about what this role should be.

Anand Menon is Professor of European Politics and Foreign Affairs at Kings College London and Director of the UK in a Changing Europe Initiative. This piece originally featured in The Telegraph. Jonathan Portes and Michael Gove will be debating the role of experts at a UK in a Changing Europe event this evening. You can watch it on the telegraph website.