People, place and prosperity: what is a Brexit that works for Cornwall? 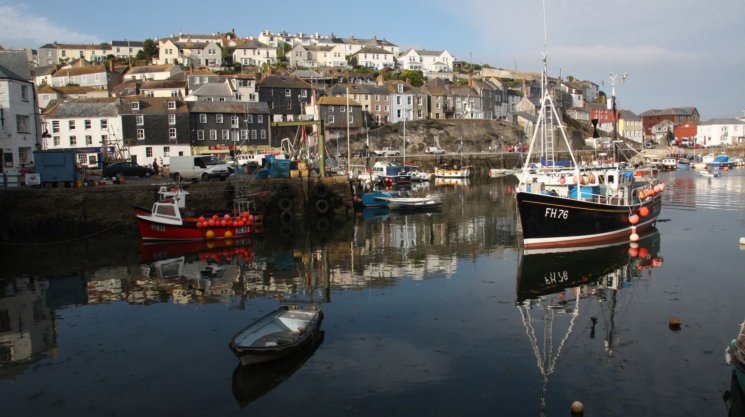 In its Brexit White Paper, the Government asserted that a good Brexit deal “will be one that works for all parts of the UK.” Since the referendum outcome, the Cornwall & Isles of Scilly Futures Group, which I chair, has been engaging with communities, businesses, politicians and policy practitioners to understand how Brexit could work for Cornwall’s people, places and prosperity. The findings of some of this engagement activity are published in the Futures Group’s ‘Catalyst for Change’ report.

The report highlights that there is work to be done by Cornwall within Cornwall to mitigate the potential risks and capitalise on the potential opportunities of Brexit. Through the ‘Team Cornwall’ approach that we have championed since the Brexit vote, the Futures Group is determined that Brexit must be a catalyst to deliver positive socio-economic change in Cornwall for the long term.

Nevertheless, there is only so much that can be achieved by Cornwall alone.  Like other UK regions, Cornwall’s future hinges on the outcome of the Government’s negotiations with the EU and the Government’s plans for a post-Brexit UK.

Below, under our priorities of people, place and prosperity, are some of the key findings from the Futures Group’s activity to date on how the Government can deliver a Brexit that works for Cornwall.

We received many expressions of concern over the implications that a post-Brexit immigration system might have for Cornwall’s economy and public services.

Cornwall has a growing and ageing population and an ageing workforce (for example, 30% of Cornwall’s GPs plan to retire in the next three years). EU nationals play crucial roles in many of Cornwall’s key sectors, such as health, social care, tourism, agriculture, higher education, IT and manufacturing.

Given the recruitment challenges that Cornwall already faces to replace a retiring workforce, it is imperative that the EU nationals already living, studying and working in Cornwall have their status in the UK guaranteed as soon as possible.

This would enable Cornwall to attract EU nationals to work as dentists, builders, IT specialists and care workers in the short term, while Cornwall continues to train young people in the skills that employers need over the long term. A seasonal work permit system would also need to be developed so that Cornwall’s tourism and agriculture businesses can hire additional labour support during busy periods.

A Brexit that works for Cornwall must protect the assets that make Cornwall unique and internationally renowned.

Cornwall’s stunning environmental landscape is one such asset that is a source of pride for people living in Cornwall and a major draw for people visiting Cornwall from all over the world. It is of paramount importance to Cornwall that the current environmental standards are maintained long after the Great Repeal Bill is passed.

Cornwall’s food and drink specialities are also globally recognised assets; some have been awarded ‘protected food status’ by the EU. A similar protected food status scheme established in the UK post-Brexit would mean that anyone who treats themselves to a Cornish pasty or a dollop of Cornish clotted cream on their scone would remain assured of the quality of the ‘Made in Cornwall’ brand.

A Brexit that does not work for Cornwall is one where EU regulations are repatriated to the UK but centralised in Whitehall. The Government must work with the devolved nations and English local authorities to determine at which level of government the future management of EU regulations and UK policies should sit post-Brexit.

For instance, representatives of Cornwall’s agriculture, fisheries and environment sectors have told the Futures Group that they want to explore whether the UK agriculture and fisheries policies could be managed at a South-West regional level so that businesses and environmental groups could have more say over how the policies are delivered in their area.

Cornwall’s economy is growing and becoming stronger with the assistance of EU funding. Cornwall has ambitions to play a central role in the Government’s Industrial Strategy, but the Industrial Strategy alone will not be enough to secure sustainable economic growth and long-term prosperity for Cornwall.

A Brexit that works for Cornwall, the North-East of England and most other UK regions requires there to be a UK regional investment programme in place from the day the UK leaves the EU. The Futures Group has submitted a proposal to the Government on what such a programme might look like and would be pleased to work further with the Government on this issue.

Cornwall supports the Government’s commitment to negotiate an agreement that facilitates “frictionless” trade between the UK and the EU, free of tariff and non-tariff barriers. A Brexit that works for Cornwall would also see the Government maintain a ‘barrier-free’ approach to collaboration by negotiating continued access to European research networks for Cornwall’s universities and continued participation for Cornwall’s students in the Erasmus+ programme.

Cornwall’s agriculture, fisheries and energy businesses have emphasised that the Government must also focus on enhancing the UK’s food and energy security post-Brexit by promoting UK produce and energy to the domestic market as well as to new export markets.