What do EU think Prime Minister? 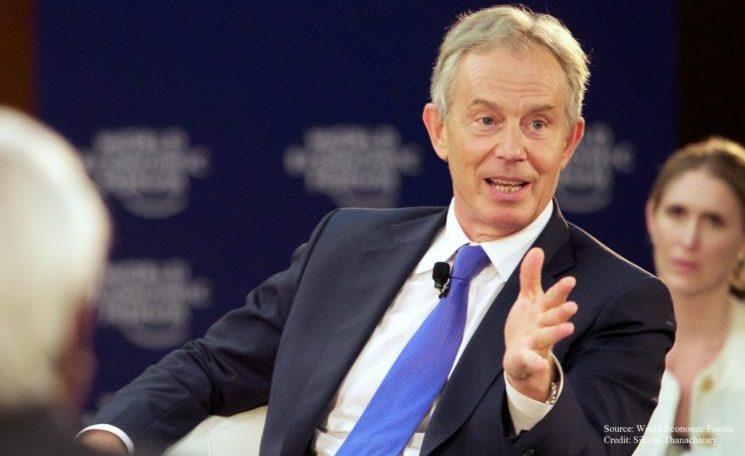 The UK has had eight prime ministers in the 43 years since we joined the European Economic Community (as it was then). Looking at the ‘top five’ (chosen for their significance in term of relations with Europe), we can see how perspective and opinions have changed over this period.

First, both chronologically and probably in European credentials, is Heath. His maiden speech in parliament in 1950 was on the Schumann Plan, which was the basis for the European Coal and Steel Community. In 1961, he led the application to join the EEC, and the failure of this bid – following de Gaulle’s veto – was a bitter blow. He remained firm, however, and famously promised “We are part of Europe by geography, tradition, history, culture and civilization. We shall continue to work with our friends in Europe for the true unity and strength of this continent.”

On becoming PM in 1970, Heath set about applying again. This time, the bid was successful, and Britain joined on 1 January 1973 (along with Demark and Ireland). But buffeted by forces beyond his control – emanating from the international oil and currency markets – his premiership soon turned sour, and in 1974 he lost the election to Harold Wilson.

Wilson’s position on Europe is rather difficult to judge. During an earlier term in office (1964-70), his government had applied to join the EEC, but it was also blocked by de Gaulle. However, his problem was that the Labour party was bitterly divided over European membership: Hugh Gaitskell, his predecessor as leader, had famously argued that joining a federal Europe would mean “the end of a thousand years of history!”

Later, while in opposition Wilson brokered a compromise position his party agreed on – supportive of membership in principle, but critical of the terms achieved by Heath. The Labour manifesto of 1974 promised a renegotiation followed by a national referendum on continued membership.

1974 saw two general elections, and at the second time of asking Wilson won a slender majority. He and his foreign secretary, James Callaghan, embarked on a tour of the European capitals to secure new terms, and the referendum was duly held in 1975. Unlike today, the government did not take a position, but the country voted – by 67% to 33% – to remain in.

Thatcher’s stance is similarly enigmatic. In 1975, she argued against the need for a referendum, and supported Britain’s continued membership. She appointed Heath as the manager of the Conservative Party’s campaign, and during the build-up to the vote was photographed wearing ‘that’ jumper.

However, shortly after taking office she went on the offensive, complaining bitterly about the British contribution to the Community’s budget. It wasn’t fair, she argued, that Britain had to pay so much in, when it received so little back in agricultural subsidies – the bulk of which, it seemed, were going to France. After much belligerence she secured the rebate, under which the UK would pay a far smaller net contribution than its fellow members.

In 1986, she signed the Single European Act, which set the groundwork for the creation of the single market. However, two years later the shift in her position began to become really apparent. At a speech in Bruges, she decried the Community’s tentative plans for a more centralised decision-making structure. At this point the extensive privatisation of the UK economy was well under way, and she objected firmly to what she saw an overly-interventionist European system: “We have not successfully rolled back the frontiers of the state in Britain, only to see them re-imposed at a European level with a European super-state exercising a new dominance from Brussels.”

As her antipathy gave way to hostility, the remainder of her premiership was marked by increasing disagreement with her cabinet over European integration. In 1990 her Deputy Prime Minister, Geoffrey Howe, resigned, giving a blistering speech criticising her stance on Europe. By the end of year she was gone.

Major took over after the coup which toppled Thatcher, and in several senses his premiership resembled hers. Early on he promised “to keep Britain at the very heart of Europe”, and like his predecessor he actually succeeded in twisting the terms of membership in the UK’s favour. Thus, on signing the Maastricht Treaty in 1992, he gained opt-outs from the commitment to the join the single currency, and from the social chapter. And again, as with Thatcher, Europe became his bête noir: while he was in himself pro-European, his pragmatism and his need to maintain a wafer-thin majority in Parliament meant that his engagement with the EU remained cautious and troubled. Ultimately, it was an underlying Eurosceptic sentiment among his backbenchers that did for him.

Finally, we come to Tony Blair. He was as instinctively pro-EU as his predecessors, but had a markedly different approach to dealing with Europe. He sought to distance his party from the Tories’ disarray over Europe, which meant controlling tightly who was involved with European matters, and on what terms. He, and a select group of cabinet colleagues, worked hard to re-establish constructive relations with other member states, and with the Commission; and all the while the domestic portrayal of all of this was downplayed. The belief was (and it generally worked, at least for the duration of his first term in office) that if the EU was kept off the public’s radar, and if they were impressed instead with domestic and foreign policy achievements, then he could avoid the problems which brought town Thatcher and Major, and which had kept Wilson so busy.

Overall, then, we can see how hard it is to assign the prime ministers into a ranking. To say that Heath and Thatcher were the least and most Eurosceptic leaders misses the point: from Heath onwards, they all saw British membership as vital to its interests. However, the vicissitudes of the two party system meant they all, at various points, had to adopt rhetorical positions showing them to be ‘tough’ on Europe. With varying degrees of success, they all fought to balance their own European intentions with those of Eurosceptic factions of their parties, and they all sought to extract what they could from membership while giving as little as possible away.

This piece was written by Dr John Paul Salter, researcher at The UK in a Changing Europe