Pessimistic, confused and frustrated: how the EU views Westminster’s mess 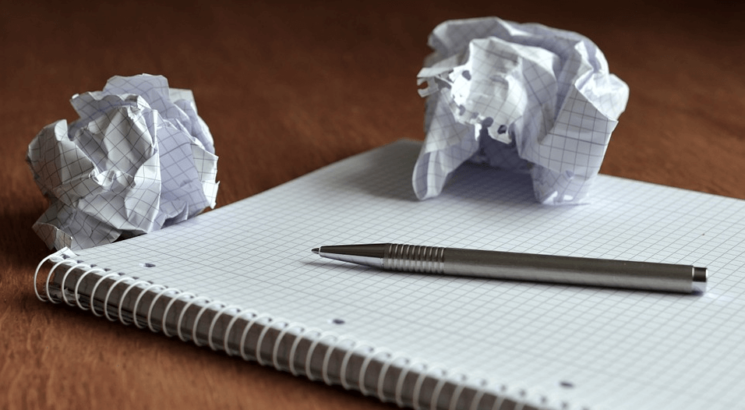 Last week the House of Commons voted on a number of Brexit issues (the Withdrawal Agreement, no deal, and an extension) over three days. I spoke to a number of EU officials directly involved in the Brexit negotiations to understand their reaction and see what the mood within EU institutions is. Three responses stand out, in particular: pessimism, a sense of confusion and frustration.

There is a general sense of pessimism with regard to the final outcome of the negotiations (with or without an extension). Confidence in the government’s capacity to avoid a no-deal Brexit has considerably diminished. The day after the (second) rejection of the Withdrawal Agreement was described by one national representative as the most pessimistic day in the entire two-year period.

In a sense, there was a genuine expectation that the diplomatic exchanges in Strasbourg between Theresa May and Jean-Claude Juncker (which led to joint interpretative instruments) would allow the prime minister to rally a significant consensus around her deal. The extent of the defeat on March 12 certainly caught many EU officials by surprise.

It is interesting to note that, although EU diplomats follow the UK media and the political developments in Westminster extremely closely, it somehow remains difficult for Brussels to fully understand the rituals and the often-self-referential tactics of UK politicians.

One reading of this is that if the Strasbourg meeting’s assurances had probably been met by Brussels with too much hope, the subsequent pessimism might equally be excessive.

A second common feeling is a sense of confusion. After two years of negotiations, the question of what the UK really wants out of the Brexit negotiations is still in search of an answer. This feeling is nothing new, but it has in fact been aggravated to a certain extent.

EU officials have come to learn of the “confrontational” style of politics in the Commons — because of which a cross-party coalition to ratify the deal is very difficult to achieve. Yet, despite the contacts between Brussels and the Labour Party, the policy positions of the latter remain unappreciated in Brussels — and not very convincing either, for that matter.

In any event, EU officials lay strong emphasis on the fact that they are negotiating with one, single channel (the UK government) and that it is obviously the job of Mrs May to find support for the deal in the Commons.

With regard to the Tories, there are doubts over the extent to which many MPs are seriously committed to avoiding a hard border in Ireland. This takes us to a more general point about the UK’s negotiating objectives.

There are, of course many objectives in these negotiations (e.g. being able to conduct an independent trade policy, maintaining the territorial integrity of the UK single market) and the UK has to find some form of balance among them. The question, however, is how high does avoiding a hard border rank among the priorities of UK politics and society?

EU officials also recognise that not all the resistance in the Tory party to the withdrawal agreement is linked to the backstop. Beneath it lies a more fundamental (and arguably, important) opposition — one coming from those in the UK who want, politically and economically, to have a clean departure from the EU.

Third, there is a strong sense of frustration. Brexit fatigue is also catching up with EU negotiators. Officials are unanimous in repeating that they did everything they could do to help their British counterparts; and, if there is a solution to the Brexit impasse, that solution is now to be found in London.

This is not a hardening of the EU position, but it is a strong belief that with the joint interpretative instruments agreed in Strasbourg the EU went to the edge of what it can offer.

The frustration also refers to the way the UK has been negotiating. Two examples are the backstop and the visit of the UK attorney general, Geoffrey Cox, to Brussels. Officials repeat that the current version of the backstop — a UK-wide customs union — is not an EU idea. In fact, it was not an easy sell for them — several member states had significant reservations.

A UK-wide customs union was agreed after British negotiators insisted that it was what they needed to convince the Commons. The narrative of the backstop being an EU plot to keep the entire UK trapped in a permanent customs union has therefore left Brussels bewildered.

After the discussions between Mrs May and EU leaders on the margin of the EU-League of Arab States summit in Sharm el-Sheikh brought some optimism, the diplomatic exchanges between EU negotiators and Mr Cox amounted to a fiasco.

EU officials claim that Mr Cox came to the talks unprepared, with little understanding of the EU and of (the reasons behind) the backstop — while also making unrealistic demands.

Finally, a few words on the possible extension of the Brexit process. There have already been exchanges among EU capitals about whether and under what conditions to grant an extension. Options have been explored in the General Affairs Council, but ultimately this is a decision of the European Council (at their March 21-22 meeting). There are many variables that can influence that decision, many of which are highly political and not technical.

The impression is that an extension will be conceded, although the mantra in Brussels is that there needs to be a clear perspective for an orderly withdrawal, and that time itself won’t solve anything.

A leaked EU document suggests that a three-month extension is the maximum the EU can offer if the UK does not organise elections for the next European Parliament. In general, EU diplomats do not seem very favourable to a long extension: two years is not considered necessary even in the case of new elections or a second referendum.

A long period is also seen as a sort of transition (yet granted without the ratification of the Withdrawal Agreement) and with the UK still participating in EU politics (with the risks of UK representatives behaving improperly).

One or two months could instead be useful for finalising the contingency plans for a no-deal Brexit. A no-deal Brexit will in any case bring disruptions, but EU officials feel they are quite prepared for that scenario and not much more is needed. In addition, there is a trade-off between extension and uncertainty. For however much EU companies would like to avoid a no deal, they have been adamant in saying that prolonged uncertainty is probably even worse for their future operations.

If for a long time the EU has stressed that the EU membership is still very much open for the UK, the impression that I got from Brussels this week is that the EU has slowly but progressively learnt how to get along with the UK’s departure.

By Nicola Chelotti, co-investigator at The UK in a Changing Europe and a Lecturer in Diplomacy and International Governance at Loughborough University London. This piece originally appeared in Times Red Box.