Peterborough: Labour’s squeaky victory and the vacuum on the right 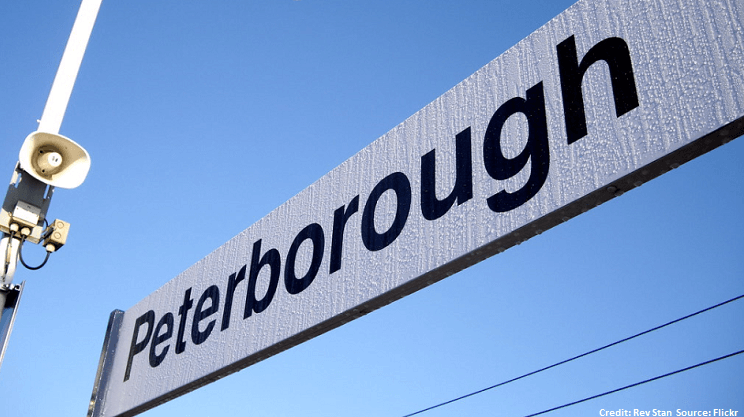 On 8 June 2017, Fiona Onasanya, the newly-elected Labour MP for Peterborough, averred that her victory by some 607 votes proved that “the people know there is a better way. I think I won because people saw that their vote matters”.

Fast forward two years, and after the first successful ‘recall’ of a British MP, Labour has nudged its majority in Peterborough up to 683 in the resultant by-election. And not in favourable circumstances either. Labour is recovering from its poor, third-place performance in the European elections and its candidate this time, Lisa Forbes, was accused of liking anti-Semitic posts on social media.

Yet the key difference to take from 2017 is that, for the first time since the introduction of universal suffrage, Peterborough is no longer a Labour or Conservative contest. Instead, an insurgent party just eight weeks old – the Brexit Party – came a close second, campaigning ostensibly on the single-issue basis they will “bring democracy back”.

Taking a step back, the key question is what all this means for a general election that, more likely than not, will take place at some point between October this year and Easter 2020. And, looking at the results, the first thing the Peterborough result does is confirm the broad trends of opinion polling: the Brexit Party are now vying for top place in the majority of polls for a general election. On the opposite wing of the Brexit argument, the Liberal Democrats are returning to something like their levels of support in the halcyon, pre-coalition days of 2010.

It is worth reiterating these polling trends have been reinforced, as they are remarkable: almost all political polling companies had never shown support for the two main parties, in combination, fall below 50%.

Taking this result in Peterborough and applying it uniformly across the country, the result tallies with the vote share for the two main parties currently hovering somewhere between 40% and 45% of the vote in opinion polling.

All this obviously leaves the Labour and Conservative parties, and the two-party system, squeezed. The winning figure for the Labour party in Peterborough, in terms of vote share, is the lowest for any winning party in a UK by-election since 1946.

Despite the current fragility of the two main parties, the uncomfortable truth for Nigel Farage is that his electoral fate is likely to be settled by internal Conservative party politics. A one message party, mixing together ‘democracy’ and leaving the EU without any withdrawal agreement, clearly hits the electoral sweet-spot of the current moment.

The right of British politics is in a state of limbo, and Farage is filling the vacuum. Yet it is not difficult to imagine the Conservative Party, under a new leader committed to a no deal Brexit, pulling the rug from under the Brexit Party and hoovering up the majority of Farage’s votes as fast as they have acquired them.

Both parties have managed to shake off most of the voters they absorbed in 2017. The question for the next six months is which party can rebuild their electoral coalitions fastest. The Conservative Party have the advantage of a leadership contest that looks designed to reinforce its Brexit-supporting base, at the expense of further shedding support to the Liberal Democrats.

The Labour Party’s internecine warfare over the summer, which will culminate at their annual conference in late September, looks designed to do the polar opposite: create a pro-referendum message that regains votes lost to the resurgent Liberal Democrats and ascendant Greens.

The redefinition of Tory policy, reinforced and driven by a change of leadership, is likely to be more convincing than Jeremy Corbyn’s attempt to regain Brexit-motivated voters from longer-established Remain parties.

By Dr Alan Wager, research associate for The UK in a Changing Europe