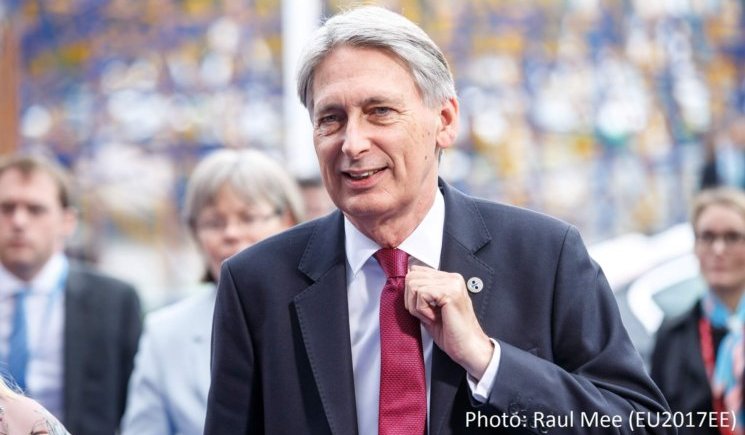 Chancellors usually try to achieve three things in their annual budget speeches: setting a course for the economy; pulling rabbits from their hats to please their core supporters, in and out of the political bubble; and demonstrating their competence and prudent stewardship of the economy.

Philip Hammond’s rabbit was meant to be his package of measures to transform Britain’s dysfunctional housing market, and he announced a number of initiatives intended to improve the supply-side of the economy, with the underlying aim of preparing for Brexit.

However, both were over-shadowed in the headlines by the down-grading of forecasts for GDP growth. The slowing of the economy should not have been much of a surprise, because it had already become evident in the data published for the first three quarters of 2017. Even so, the projections of growth being stuck in the slow lane for the next five years are eye-catching.

As expected, the Office for Budget Responsibility (OBR – the independent fiscal watchdog) lowered its expectations of the trend of productivity growth. Having been accused of being of being too optimistic previously, it is arguable the OBR has now become too negative about productivity.

But as has been explained previously, the UK’s productivity growth – the key to increasing prosperity and household incomes – has stagnated in the last decade and is the lowest of the leading industrial nations. Britain’s productivity level is also well below that of major competitors, such as Germany and France.

Does any of this matter? There will be cynics who note the poor track record of economic forecasters and therefore seek to dismiss the OBR’s projections. But at a time when the global economy is enjoying steady growth, and even the Eurozone recovery seems to be gathering pace, it is disappointing that the British economy is not doing better.

The lower growth now projected for the next five years can only add to the concerns about how Brexit can be navigated. The initial resilience of the British economy following the referendum stemmed largely from the strength of consumers’ expenditure, but rising prices and low wage growth are making it harder for consumers to sustain the economy.

Unless productivity starts to pick up, allowing employers to pay more, real incomes will stagnate. However, the UK has one of the lowest rates of investment among the richer economies, and without growth in both private and public investment, it will not be easy to boost productivity.

Lower growth will also mean further pressures on already shaky public finances, because tax revenues typically increase in line with the strength of the economy. Public debt will be higher in 2020 than previously expected, despite a redefinition taking housing debts off the public balance sheet. If there are further rises in interest rates, it will gradually cost more to finance the debt.

Hidden away in the OBR tables is an estimate that the government deficit will be an average of £18 billion higher than previously expected in each of the three fiscal years following Brexit: 2019-2021. This is close to double the current British net contribution to the EU, and means any lingering illusion that there will be more money for the NHS soon must be dispelled.

We also have to add in the cost – probably spread over a number of years – of the Brexit divorce bill which Ministers are grudgingly, if belatedly, conceding will have to be paid. The response to the demand from NHS head, Simon Stevens, for an extra £350 million a week may well, to coin a phrase, have to be ‘go whistle’.

Politically, the Chancellor has been applauded for an astute budget, for avoiding any gaffes and for offering enough to the Remainer and Brexiteer factions in his party to see off his critics: for now, the verdict seems to be that his job is no longer under threat.

But let’s be clear: even without any direct effects of Brexit, the British economy is not in the best of health and has medium and longer term challenges to confront. This is the message decision-makers should take from the budget and factor into the calculations of how to secure the best Brexit deal.

By Iain Begg, Professorial Research Fellow at the European Institute and Co-Director of the Dahrendorf Forum, London School of Economics and Political Science, and Senior Fellow on the UK Economic and Social Research Council’s initiative on The UK in a Changing Europe.