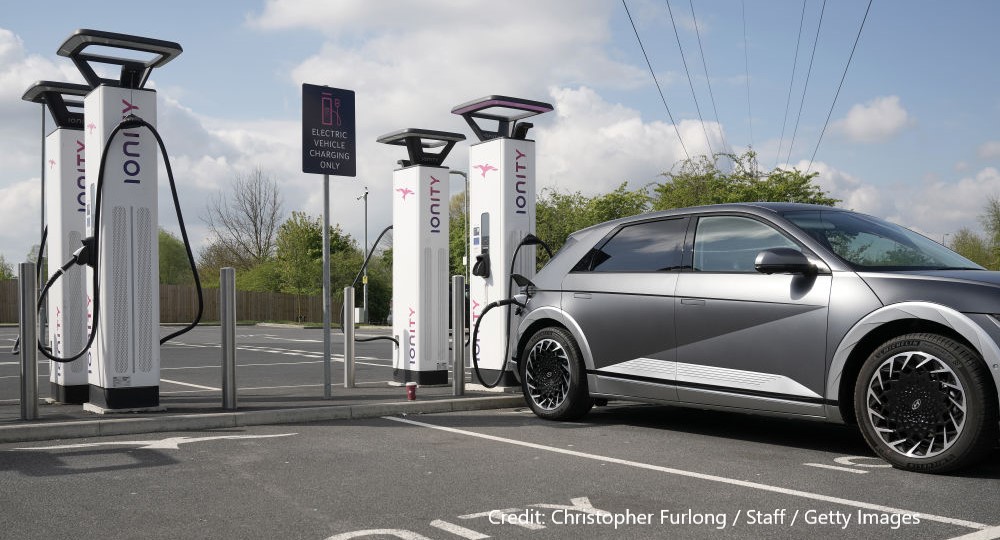 The really surprising thing about the government announcing this week that it was scrapping the plug-in car grant, or PICG, for battery electric vehicles (EVs) is that it was actually a surprise at all.

That doesn’t mean the announcement has been well handled. It hasn’t.

The ongoing high level of demand for EVs (with demand actually outstripping supply) meant that the Treasury finally had enough of spending money in this way and pulled the plug on the plug-in with immediate effect.

The government has however, committed to maintain £300m in incentives on plug-in taxis, motorcycles, vans, trucks and wheelchair-accessible vehicles, as announced in last year’s autumn statement.

Some will have sympathy with the Treasury in that scrapping a subsidy is always tricky, as any economist will tell you. And the market for EVs has indeed taken off as prices have come down and range improved.

This year around one in four cars sold in the UK and EU could be Battery Electric Vehicles (if the chip shortage doesn’t curtail that). The falling cost of battery prices has in large part driven EV price falls.

So the government’s argument is that it has got the wheels of the EV market moving (excuse the pun). The government also stresses that EVs still have zero Vehicle Excise Duty (‘road tax’) and benefit from low company car Benefit in Kind (‘BiK’) tax rates.

The government is essentially saying it will switch towards supporting the charging infrastructure (although there is no new money for this) and – if you read between the lines – company car buyers by maintaining support for them. The latter has merit but at the same time poses a big issue over fairness and what a ‘just transition’ looks like.

Targeting support on company or fleet car buyers makes sense in quickly renewing the overall stock of UK cars with EVs. Lots of firms buy new cars, and their drivers tend to drive considerably higher mileages than private owners. So that helps in getting CO2 emissions down more quickly if those new fleet cars are EVs.

Those cars are later fed into the used car market after a 2- or 3-year Business Contract Hire (or other financing deal) and private buyers then snap them up. So, in one sense, that approach makes sense in rapid EV roll out and emissions reduction if these are the main policy objectives.

But there is a pretty big issue over fairness. Policy is effectively favouring the relatively well off. Go to a more affluent area of a British town or city and you will see lots of shiny new EVs on drives (often plugged in and charging on a domestic energy tariff).

Those EVs may well have been paid for through a salary sacrifice scheme (with tax breaks) and company EVs also benefit from those low BiK rates. So having an EV is increasingly a no brainer for managers and business owners. The tax system has been set up to assist them getting into EVs after all.

Go to a more disadvantaged part of town and you’ll struggle to see an EV at all. If you do see one, it is unlikely to be plugged in at home as there may well not be a drive to park on. And plugging into an on-street charging point means that the driver is paying 20% VAT rather than 5% on a domestic tariff.

And public charge point operators have anyway been increasing tariffs to cover higher energy prices, with rapid chargers on major roads now costing around 50p/kWh (as against 30p/kWh a year ago). Even with domestic tariffs for 22m households rising to 28p/kWh last April when Ofgem raised its price cap, charging at home is still usually much cheaper.

While targeting company and fleet drivers makes sense in promoting EV take up and cutting CO2 emissions, current policy seems pretty regressive. The government seems to have forgotten targeted support to help the less well off into EVs.

It will be interesting to see what happens now with the scrapping of the UK’s PIGC. Other countries which have withdrawn such support saw a dip in demand for EVs. That may be offset in the UK’s case by corporate and fleet sales growing strongly given the tax breaks for such drivers. And note as well that the industry is severely supply constrained owing to the chip shortage, and this may mask the impact of the grant being axed.

The other big change in policy taking place is that government is shifting from a carrot to a stick approach (unless you’re a company car driver). Plug-in grant carrots for drivers are giving way to EV mandate sticks for auto makers. Under the Zero Emission Vehicle mandate, manufacturers will be mandated to sell a certain proportion of electric vehicles (EVs) in the lead up to 2030. If they don’t hit the targets they will be fined.

Not surprisingly, PICG scrapping hasn’t gone down well with an auto industry struggling with chip shortages and facing imminent mandates.

Some of these issues around how the government can achieve a smooth transition to electric vehicles were explored in an recent Institute for Government panel debate.