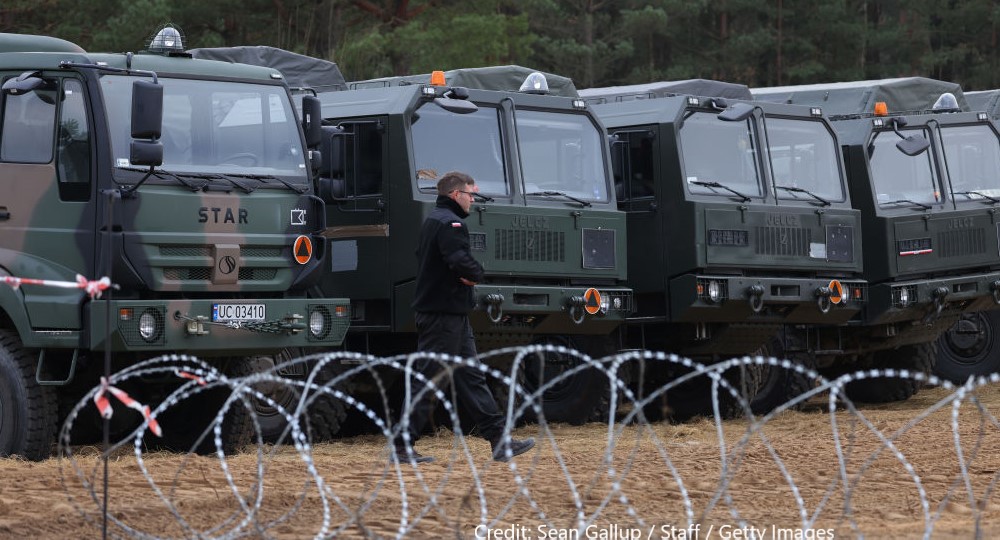 The humanitarian crisis on the Polish-Belarusian border (as well as on the border of Belarus with Latvia and Lithuania) is unprecedented. It has never happened before that a single state has to take on a large-scale – and state-backed – people smuggling business. New migration routes, apparently orchestrated by Belarus, have become a tool for political revenge in the hands of the Belarusian regime against the European Union for the sanctions imposed after the presidential elections in August.

The Belarusian authorities exploited visa rules that make it virtually impossible to obtain an EU visa for most people looking for a safe haven, or those striving for family reunion. The result was a surge in irregular migration: thousands of migrants are now trapped in limbo on the border in conditions violating their fundamental rights and putting their health and lives at risk. Tempted by travel agents to come to Minsk, they arrive at the Polish-Belarusian border hoping to cross irregularly into Poland. Then, Polish officials deter those who try to cross, or push back those who are already on Polish territory.

On the other side, Belarusian border guards and military beat and detain those who return, forcing them to try again and preventing them from traveling elsewhere in Belarus. As migrants are unable to move forward or back, they are often forced to spend several days or weeks in the muddy forest on the border, without shelter or access to basic humanitarian services, including food and water, leading to hypothermia, sickness, and death.

The policy pursued by Belarus may be aimed at the EU, but it has an immediate freezing effect on neighbouring countries – namely Poland, Lithuania, and Latvia, as well as Germany – where many of those who managed to get out from the border limbo are heading.

When in 2015 migrants and asylum seekers arrived at the EU’s borders, the unity of the member states was severely strained, as some offered asylum to the refugees, and others, like Poland and Hungary, declined to participate in the migration scheme. Recent developments on the border of Poland and Belarus have echoes of that crisis; however this time, EU representatives claim the absolute unity of member states’ support regarding the border security and control measures taken by Poland and the Baltic states.

The support of all the other EU member states for Poland is particularly striking as the EU is running a parallel battle with the Polish government about the supremacy of EU law over the national law, and about the independence of Polish judiciary. As a result, billions of euros in EU funds are being withheld from Poland, funds meant to aid economic recovery after the Covid-19 pandemic. In addition, at the end of October, the European Court of Justice backed a decision by the European Commission to impose a financial penalty of €1 million per day on Poland until the violations of the rule of law are removed. No changes in that matter have been introduced as of 1 December.

With all this, the position of EU is complicated, as it weaves a path between expressing solidarity with the states on its eastern borders, trying to counteract the humanitarian crisis unfolding there, and showing determination in upholding the supremacy of European law.

Meanwhile, Poland is also in something of a political limbo, as the Law and Justice party coalition no longer has a clear majority in Parliament. The problem is twofold: the EU is withholding recovery funds because of disputes over the rule of law, but at the same time it is very problematic for the government to accept financial support from institutions that for a long time it has been actively demeaning. Furthermore, the Law and Justice government wants to be seen as the only saviour and protector of the Polish nation – and so it’s politically useful for the funds to be withheld.

This seems to be a reason why Poland sealed its border on its own, and turned down the EU’s offers of assistance – Frontex border guards and asylum support staff that could facilitate asylum procedures. Besides, the external oversight of border management by Frontex would also put Polish authorities in an uncomfortable spot, bearing in mind frequent accounts of illegal pushbacks and other unlawful actions reported by NGOs on the ground, such as the HRW Report.

With economic and other problems reducing the power of its leadership, the Law and Justice government latched onto the border crisis to consolidate support, condemning as traitors critics of its radical policy of pushbacks targeting all migrants, including asylum-seekers, pregnant women and the seriously ill.

Recent developments in Polish politics confirm how challenging it can be to keep democracy alive while preserving security. The EU should continue penalizing the Polish government for violating the rule of law, but it should nevertheless not support it in dealing with the situation on the border by illegal means.

Until now, the EU’s reactions have focussed on stopping further arrivals through the Belarusian migration route, and strengthening border management capacities. Latest events which have seen emergency measures that allow an exemption from, or relaxation of, EU law are particularly disturbing and risk establishing a dangerous precedent. Instead, the focus should be moved to putting human beings first and safeguarding their fundamental rights, in keeping with EU values and international humanitarian law obligations.

Against the backdrop of recent events, the multi-layered relations between EU and Poland can stand for a cautionary tale. If the meaning of democratic values shifts depending on what pays off politically, those values become compromised, boiling down to the fact that security matters tend to prevail over the protection of the fundamental tenets of democracy.