Politics in the EU since Article 50 was triggered 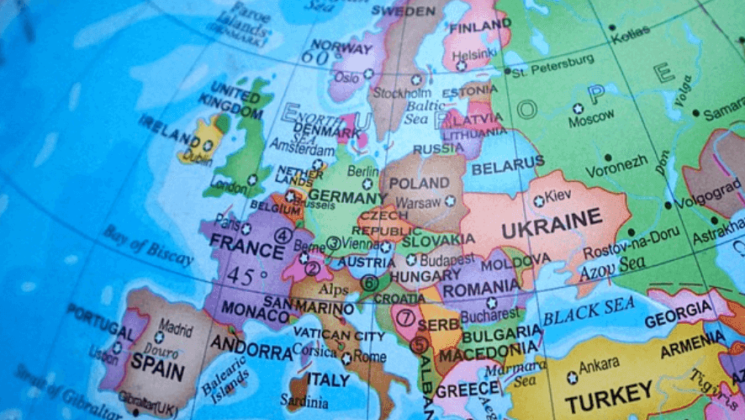 Eurosceptic political elites on the continent responded with excitement to the Brexit vote in June 2016. They took to Twitter to celebrate ‘their’ victory. The Swedish Democrats tweeted ‘Congratulations to Britain’s people choosing independence! Catherine de Vries explains how the mood has changed since then.

Now we are waiting for a #swexit, the Swedes exclaimed in 2016. Marine Le Pen added: ‘Victory for freedom! As I have been asking for years, we must now have the same referendum in France and EU countries’. Geert Wilders tweeted ‘Hurrah for the British! Now it is our turn. Time for a Dutch referendum’.

Fast forward to March 2019, and these Eurosceptic political entrepreneurs have softened their stance on Swexit, Frexit and Nexit: they no longer want to leave, but instead mold the EU into something they can work with.

This should not come as a surprise. Public support for remaining in the EU rose across Europe after the referendum. The UK was a test case for the rest of the continent. The tedious and uncertain process made leaving both less desirable and less viable – especially for those states that, unlike the UK, are in the Euro as well.

The extremely long and chaotic process made Brexit something of a Frankenstein’s monster.

The British government was the first, and to date only, government to invoke Article 50 of the Treaty on European Union. The British are thus more or less the guinea pig for this procedure.

Brexit is considered as a benchmark, especially for wealthy Northern European countries, for what a Nexit, Frexit or Swexit could look like. The lengthy, difficult path to Brexit characterised by high levels of economic and political uncertainty, has reduced support for exit in the remaining member states – in the short term in any case.

Political parties like Wilders’ Party for Freedom, the Rassemblement National (the former Front National) in France and the Sweden Democrats in Sweden, have shown considerably less enthusiasm for exit of late.

Brexit shows that withdrawal from the EU entails enormous political and economic risks. The current European Commission President Jean-Claude Juncker is therefore optimistic about his vision of the future of Europe and the European elections in May of this year, announcing that ‘the wind is back in Europe’s sails’.

President Macron has called for a European reform agenda – ranging from a European minimum wage to the prohibition of political party contributions by foreign (state) actors – that, he argues, would lead to a European Renaissance. Yet it is important not to move from a first hangover about Brexit to blind optimism about Europe’s future.

Three issues are of key importance when we think about the EU’s post-Brexit future. First, when it comes to the elections, it is important to bear in mind that European elections are not just about Europe. Many Eurosceptic parties mobilize anti-government and anti-elite sentiment.

Second, more support for EU membership does not necessarily mean that people are satisfied with the direction in which Europe is heading. Limited enthusiasm for leaving should not be confused with broad support for the European system. Euroscepticism comes in many different shapes and sizes.

Finally, it remains to be seen whether Brexit creates more public support for the European project in the future. The EU will be dealing with an emeritus member on its shores against which the success of the EU will be compared.

If the UK is doing badly, Brexit will remain a bogeyman that will most likely silence any calls for Nexit, Frexit or Swexit. However, if the UK does well, the calls for exit, especially in the Northern member states, may become louder again.

European elites may count the Brexit chaos as a blessing in disguise in terms of its short-term effect of bolstering support for European unity. However, this may not necessarily be the best advertisement for the EU.

It is a reminder of Margaret Thatcher’s famous statement: ‘there is no alternative’. Is there no alternative for Europe outside the EU framework? Is the EU really a maze that one cannot exit?

This ultimately makes a negative case for European cooperation. It still ultimately rests on the false dichotomy between being in and out. It frames the choices on the table as between blind support for the European project and for further integration, or a retreat into the nation-state.

If the EU wants to make the European project viable, it will need to address people’s legitimate concerns. When a political system fails to internalize opposition and give it a seat at the table, this opposition will eventually turn against the system itself.

This has been historically true for empires and nation-states – it could well be true for the EU itself.

By Catherine de Vries, professor of political science and public administration at the Vrije Universiteit Amsterdam. This opinion is from the UK in a Changing Europe’s report, Article 50 two years on, and originally appeared in Euractiv.