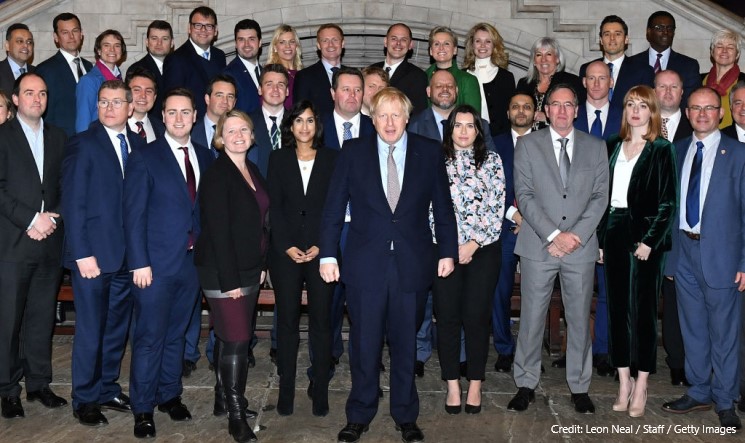 One of the downsides of doing surveys is that — more often than not, and certainly more often than you’d like — they end up pointing to the bleedin’ obvious. You know: ‘Poll reveals people like free stuff, hate politicians’ – that sort of thing. File under No Shit Sherlock, right?

Well not entirely. There’s often value in providing evidence for something we all guess is probably true but couldn’t really prove is actually the case.

That’s what emerges from some new pre-budget polling conducted by Portland.

They compared the views of five hundred senior business people with a thousand people who voted Tory in 2019, with the latter evenly divided between those living in constituencies where a majority of voters supported Leave or Remain back in 2016.

The results are a neat showcase of the political tensions within the new Tory coalition.

Across the majority of questions relating mainly to the economy, there wasn’t much of a difference between 2019 Tory voters whether they lived in places like Bolsover or Beaconsfield.

But there were some pretty sizable contrasts between those voters and business people — defined, by the way, as a director or senior manager working in a private sector organisation employing more than 250 people and with an income of above £70,000 per annum.

As Portland’s Nick Hargrave puts it: ‘While business wants government to get out of the way — a majority of Conservative voters across the board want the Government to tax more, spend more and intervene more.’

No great surprise there, but interesting, nonetheless – not least because it rather confirms what many of us suspected.

We’re told anyway that the government ‘gets it’ — namely that it understands that one of the messages coming out of the 2016 referendum was that things have to change, especially for people in those parts of the country characterised as ‘left-behind’.

The poll suggests that business hasn’t yet woken up to this brave new world — one in which neoliberalism is apparently about to give way to an activist enabling state. Putting it bluntly, Boris may be about to ‘fuck business’ but business clearly isn’t looking forward to the experience.

Dig a little deeper, and some additional strains begin to appear not just between business, on the one hand, and the Government’s voters, on the other, but between Beaconsfield and Bolsover, too.

And when it comes to the question of whether the government should (as it claims) reduce low-skilled immigration, the gap is similarly yawning. As a whole, some three quarters of 2019 Tory voters want that to happen, with only a quarter opposed.

But the proportion of those opposed to the idea rises to a third (33 per cent) of those living in Remain constituencies and drops to just well under a fifth (15 per cent) when we look at those in Leave Seats.

Those differences aren’t of course merely geographical, they are ideological and almost certainly intersect most strongly with further and higher education. But they matter — and may matter more if consequent labour shortages begin to make life awkward for some but not noticeably better for others.

Keeping hold of the so-called ‘red wall’ while preserving the Tories’ traditional grip on those parts of the country which are not only more comfortably off but also more comfortable with cultural change and diversity won’t be a piece of cake — or, indeed, one that Boris Johnson can necessarily have and eat it too.

By Professor Tim Bale, deputy director of The UK in a Changing Europe. This piece was originally published by UnHerd.