Post-Brexit governance in the light of the white paper: access to courts 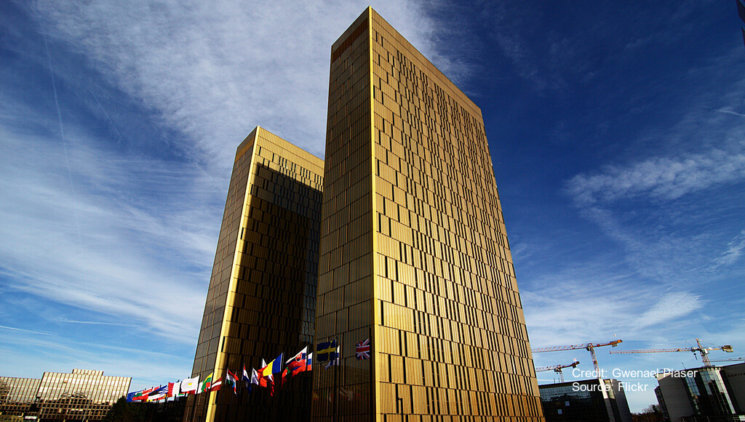 Since Theresa May’s party conference speech in October 2016 it has always been clear that leaving the jurisdiction of the European Court of Justice (ECJ) was one of the UK’s red lines.

Yet courts act as referees to ensure that the rules of the game are respected, and some mechanism is clearly needed to oversee the UK-EU relationship after Brexit. The question then is: if not the ECJ, then what? The UK offered some sort of suggestions in its white paper.

The white paper suggests that the new governance structure, including access to courts, should be laid out in a UK-EU association agreement.

The EU has a number of such agreements with its neighbouring countries, including the EU-Turkey Association Agreement and the Agreement on the European Economic Area (EEA Agreement) between the EU and members of the European Free Trade Area (EFTA).

So, does the white paper call for a model of dispute resolution similar to that found in the EU’s other association agreements?

Unlike a typical judicial system where complaints are filed directly to a court, the white paper says that disputes between the EU and the UK arising out of the new relationship would be raised in the executive body – the Joint Committee.

The Joint Committee would be given the task of managing the implementation of the new relationship under the association agreement.

This structure is in common with some of the EU’s other association agreements: for example, under that with Moldova, consultations over disputes are sought by sending a written request to the other party, copied to the Association Committee (an executive body similar to the Joint Committee).

If parties do not reach an agreement within the Joint Committee after a reasonable period of time, either the EU or the UK may bring the dispute to an independent arbitration panel.

Dispute resolution by independent arbitration panels is also typical of the EU’s association agreements – again, see the arrangements with Moldova and Ukraine.

State-to-state dispute resolution under the EEA Agreement is different in this respect as it does not provide for the establishment of independent arbitration. Instead, it gives the judicial function to an executive body.

So, so far, so clear. But the white paper leaves a number of key questions unanswered. For example, what is the composition and process for appointment of an arbitration panel? What are the criteria for access to it? Will its findings be published?

Let’s imagine that the arbitration panel is set up and decides a case, and one of the parties does not comply with its instructions – perhaps the EU continues to subject widgets being exported from the UK to unnecessary tests.

The UK (note, not the individual exporters) may take measures to mitigate harm caused by the breach. These measures may include financial penalties or suspension of other obligations under the UK-EU agreement (i.e. retaliation).

Compensation and suspension of obligations for violations of trade obligations is typical in the EU’s association agreements, and are provided for in the case of both Moldova and Ukraine. As is common with trade regimes such as the World Trade Organization, such measures must be temporary and proportionate.

In relation to suspension of obligations (i.e. denial of benefits agreed between the EU and the UK), WTO law allows a complaining party (in our example, the UK) to retaliate against any economic sector of the non-compliant state (the EU).

In case of non-compliance by the EU, the so-called ‘carousel’ principle applies – goods and member states which are targeted by cross-retaliation rotate so that consequences are not concentrated in one member state and with respect to one product.

The white paper does not consider whether the carousel principle should apply to the UK-EU relationship. It only notes that suspension of obligations should be localised to the extent possible to the area of the future relationship that the dispute concerns (para. 46 of the white paper).

This is likely to be interpreted as meaning that in case of breach of trade obligations, suspension of obligations should be limited to trade.

What we have discussed so far is a proposed mechanism for the resolution of disputes between the UK and the EU. But what about access to courts for individuals? Will they be able to bring complaints for violation of their rights stemming from the future EU-UK relationship?

British individuals or companies who consider their rights under the association agreement to have been infringed would only be able to enforce their rights in the UK through the UK courts and in the EU by the EU courts (para. 33 of the white paper). Again, this is typical of the EU’s other regional agreements.

The white paper is silent on the enforcement of rights of one specific group of individuals, namely foreign investors.

Compensation awarded to investors is the primary remedy for such claims. It is unclear whether the UK-EU free trade agreement would contain rights of foreign investors.

In sum, the dispute resolution mechanism outlined in the white paper is a mix of common features found in   as well as some innovative features.

The proposal is up for negotiation with the EU, but it is Westminster rather than Brussels that will likely subject the proposal to most intense scrutiny and criticism.

Remainers will lament the loss of access to the principle of direct effect which allows individuals direct access to the courts in the EU member states to enforce their rights directly.

Leavers, on the other hand, will appreciate the greater intergovernmental nature of any future arrangement.