Post-Brexit sanctions in a changing Europe 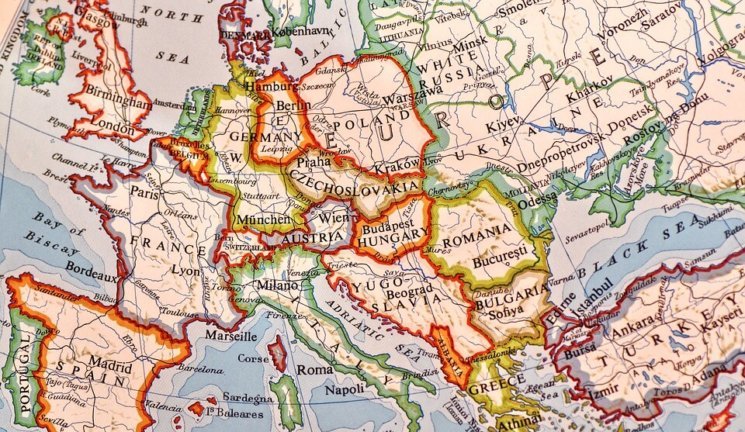 Sanctions have become an important aspect of the Brexit security talks. This is not least because of the prominent role played by the UK in EU sanctions practice over recent decades, but also because of the political benefits derived by the UK from working within the EU framework in this field.

Post-Brexit sanctions have also been in the spotlight given the UK’s need to develop new domestic legislation to enable their continued use when the country ceases its EU membership in March 2019.

Sanctions occupy a unique position in the foreign and security policy tool-box of the EU and its member states, including the UK, in seeking to deal collectively with common threats and crises.

The EU’s ability to implement autonomous or unilateral (non-UN) sanctions has become increasingly important in recent years given growing difficulties encountered at the United Nations Security Council in agreeing coordinated responses to pressing global security challenges, including Syria. As such, the EU has served as a powerful alternative forum for sanctions policy-formation.

EU sanctions policy is an area in which member states have been collaborating with mounting efficiency and unanimity over the past 20 odd years. Their use has been expanded and made more sophisticated in an attempt to tackle emerging security challenges at a time when other options, such as the use of military force, are not deemed appropriate.

Unity has been preserved on even the most politically-contentious sanctions, such as those on Russia, despite widely divergent interests across Europe. Similarly, EU members remain united in their stance towards the Iran nuclear deal and its associated easing of sanctions, despite divergence from the US under the presidency of Donald Trump.

Working within the EU framework on sanctions has enabled the UK to access a wider range of foreign policy instruments compared to it operating alone. This is important given sanctions do not function in isolation and can be more effective when carefully combined with other tools like mediation, peace-keeping and crisis management.

Close working has also been advantageous in allowing the UK to further its own political and economic objectives. One study estimated that the UK has been able to gain support for some 80% of its proposed sanctions measures via the EU.

In turn, the UK, as a leading global political and economic actor, and home to the City of London, has played an important role in strengthening the weight of the EU’s ‘restrictive measures’.

Positive contributions include the UK’s intelligence-sharing role, particularly in relation to financial sanctions; the securing and maintaining of consensus among member states; contributions to the design and implementation of measures (including the identification of targets), and its provision of expertise and institutional capacity to the EU. It is also valued for its promotion of strengthened legal processes underlying the listing of new targets.

Finally, and particularly sensitive at the present time, the UK has played an active role in serving as one of a number of conduits to Washington on transatlantic sanctions regimes.

The nature of the UK’s coordination with the EU on future sanctions policy remains key, but it contains a number of risks.

The first is that UK government could seek to gain commercial advantage over EU partners through non-alignment with EU measures. This could be carried out in an attempt to provide British companies with an edge over EU competitors; to attract foreign investment into the UK, or as an incentive in the negotiation of new trade deals.

Such an approach would be exacerbated in the case of a serious economic downturn or damage to the City of London in light of Brexit and could prove deleterious to future EU-UK relations.

A second, and connected, risk is the possibility that the UK government will be more susceptible to business lobbying when it has its own sanctions regimes in place, as well as being more vulnerable to counter-sanctions, which are easier to apply against one country than the entire EU.

Third comes risks to business, non-governmental organisations (NGOs) and individuals if future sanctions are not closely aligned, given an increase in compliance costs and difficulties interpreting multiple regimes. Another is that of market distortions if one sanctions regime is more permissive than the other.

There are two main models through which third countries can currently align themselves with EU sanctions: that of the US (the frontrunner in the field) and that of Norway, Switzerland and other allies (followers).

In the case of the former, the EU tends to align its measures relatively closely to US sanctions; managed through both formal and informal channels. With the latter category, once a decision has been made on a new sanctions regime by the EU, neighbouring and other allied countries are invited to join in implementing similar measures.

There is little to no consultation with these countries and they do not have a decision-making role in the process. Whether or not they align themselves with EU measures is a political decision, and there is no legal obligation for them to do so.

Given the nature of the existing model for collaboration, continuing to influence the design of EU sanctions is highly unlikely for the UK once it withdraws from the EU (in anything but a passive role following EU leadership on the subject) unless new institutional arrangements can be established to enable more active participation.

The impact of the UK interacting at a senior level on sanctions will be limited if London is not involved in the design formation of the measures, which happens at more junior levels in the EU through a complex, process within the EU institutions.

The ideal scenario would appear to be for the UK to occupy a role that sits somewhere between that of the US and other non-EU European powers. This could be appealing to the EU in light of the UK’s experience, global role and expertise developed to date.

Whether such a solution could be in any way palatable to EU partners is a crucial consideration given that the UK will no longer have a say at the decision-making table once it leaves the EU.

A possible way forward would be to engage in a more flexible and innovative institutional formula on an ad-hoc basis, along the lines of the “minilateral” alliances seen elsewhere in EU diplomacy. NATO and its close cooperation with Sweden and Finland—two non-NATO members—might also serve as a model.

Arrangements to share sensitive data on targets will be a key aspect; the UK and EU will need to forge a clear agreement on how shared data will be handled and protected in legal terms.

Sanctions, both sides tend to agree, are an area where continued close-working makes sense following the UK’s departure from the EU. As such, what kind of sanctioning power the UK will become—aligned with, or diverged from, the EU—will be an important decision.

Should alignment result, some institutional arrangements will be key to ensure that the EU and UK’s collective foreign policy tool of choice is not weakened post-Brexit.

By Dr Erica Moret, Senior Researcher at the Global Governance Centre at the Graduate Institute of International and Development Studies, Geneva; and Chair of the Geneva International Sanctions Network.