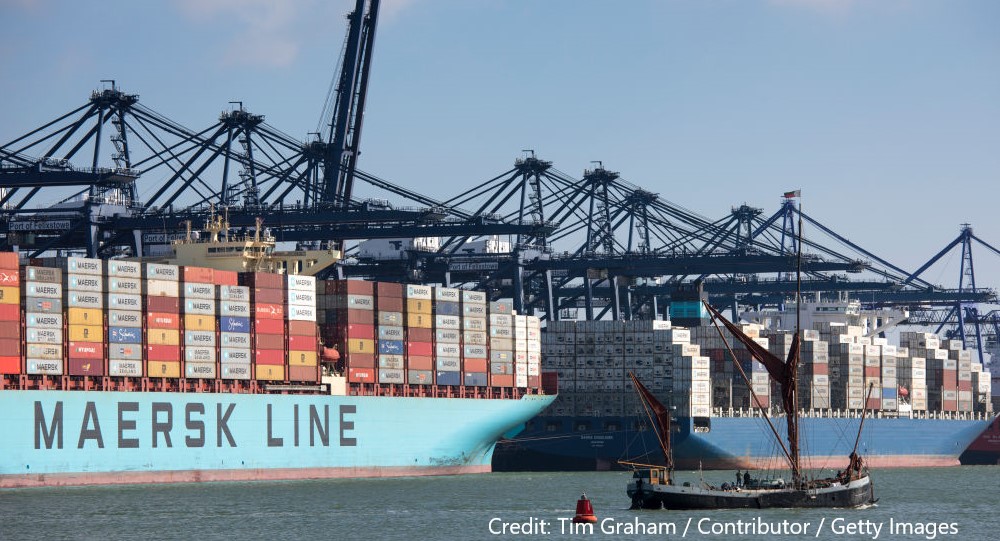 The UK is a services super power. As the second largest service market in the world and the largest in Europe, UK services sectors, especially professional, business and financial services sectors, contribute significantly to the UK economy in terms of gross output, value-added, and job creation. Together with what are called ‘other business services’ – including research and development, professional and management consulting services, technical and trade-related services – these generate a significant trade surplus for the UK, compensating for the large trade deficit in goods.

Brexit marked a rupture in the highly integrated UK-EU services markets that had developed during the UK’s membership of the single market. However, the UK’s strength in services was not reflected in the government’s ambitions for the sector in the EU-UK trade negotiations that followed the referendum.

Following the referendum, the uncertainty associated with the UK-EU trade negotiations caused harms to the UK economy as a whole, reduced firms’ exports of goods and their aggregate trade flow, and led to trade redirection away from the close, rich, and previously frictionless EU neighboring markets to places further afield.

Unlike trade in goods, services trade has no clear fall-back position from a deep integration: restrictions to services trade are typically not determined by tariffs, but rather by qualifications, permissions, recognition of standards and other non-tariff barriers that may eradicate, rather than reduce, trade in an extreme scenario.

The effects may also take longer to emerge. This is not only because of the distinct nature of international trade in services and the ways in which they are delivered rely on mobility of people and information, but also because of the unparalleled deep trade liberalisation achieved by the EU’s single market.

Given liberalising services trade is generally more challenging than goods, it is extremely hard, if indeed possible at all, to expect future FTAs to achieve new market access in a significant way. After all, gravity dictates that services trade is typically greatest with nearest trading partners, as shown in Figure 1. 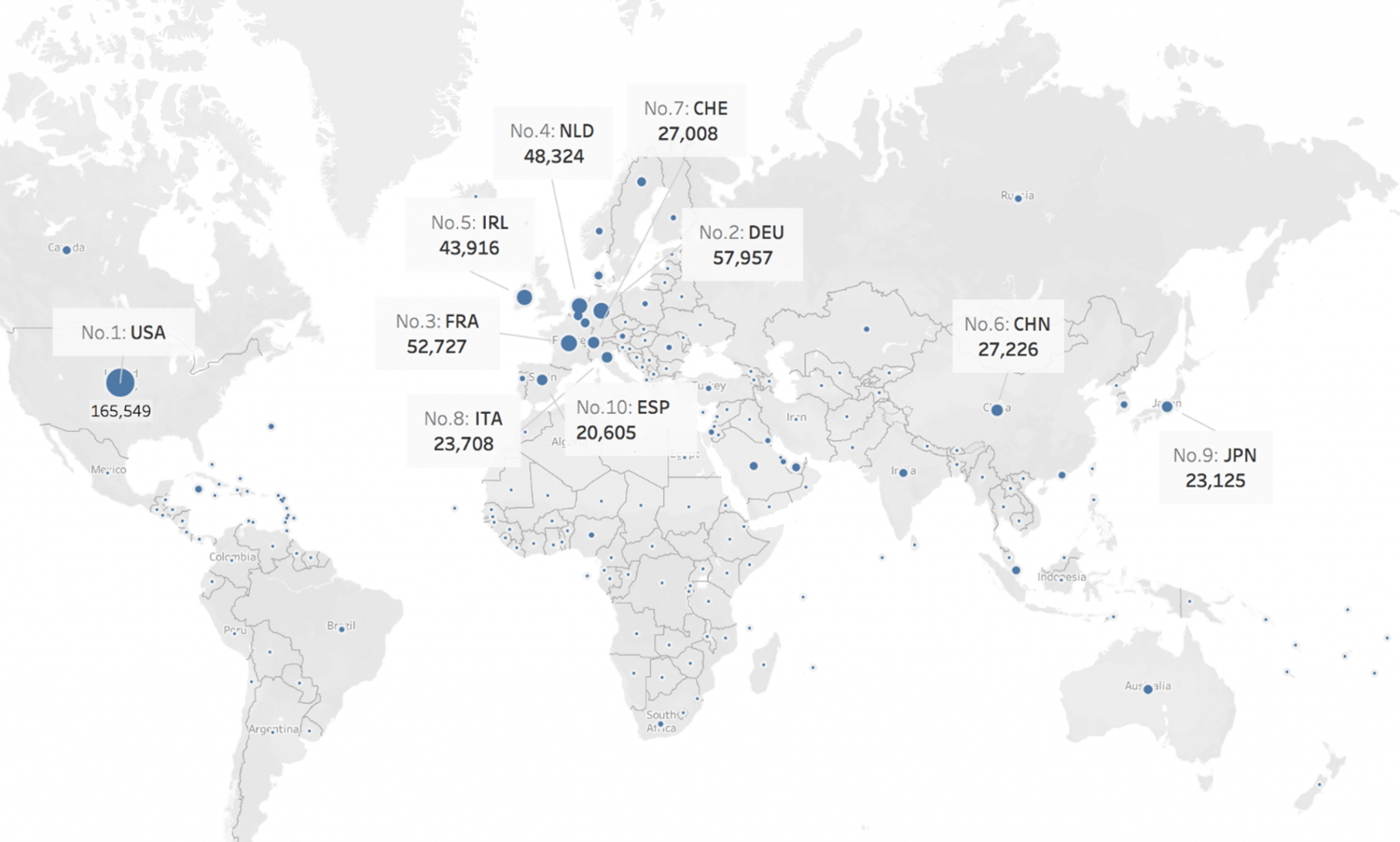 The loser and the winners

Existing evidence suggests that the UK’s exit from the EU has damaged the UK services sectors due to uncertainty prior to the Trade and Cooperation Agreement. The estimates vary with the data, methodologies and the observation period used, ranging from an average decline in services exports of around 7% a year to 9.2% a year.

The pivotal point of this kind of analysis is the quality of the data and identification: it is well known that services data are notoriously hard to measure, and estimating the causal effect of Brexit is challenging as it requires the comparison between the reality and a counterfactual that is not observable. These complications mean that it is necessary to keep refining the data and methodology for a robust assessment of the magnitude of the Brexit impact.

To this end, our new paper analyses the causal effect of the Brexit referendum on UK’s services trade over the period between 2016 and 2019, in comparison to other major services exporters.

We adopt a novel method using a Synthetic Difference in Differences (SDID) estimator to construct a counterfactual of the UK, had it not voted Leave in 2016, to compare its services exports performance. This is done by comparing the actual performance of the UK with that modelled performance of a country that looks much like the UK, but did not vote Leave.

We find that the referendum has caused a large negative effect on the UK trade. The EU exit has resulted in the UK experiencing on average a shortfall of £18.5 billion worth of services exports every year between 2016 and 2019 relative to what it would have been, had the UK remained in the EU. This is 5.7% lower at the level of 2019 aggregate UK services exports, and is a more conservative estimate compared to the previous ones discussed above (between 7% and 9.2%).

The impact varies considerably between different types of services. The UK’s exports of in the category of ‘Transport, travel, insurance and telecom services’ have seen a statistically significant decline following the referendum. No significant decline is found in ‘Business services’, ‘Intellectual property services’, ‘Construction services’, nor in ‘Financial services’ or ‘Personal, cultural and recreational services’. In addition, we do not find evidence to suggest that UK businesses have redirected exports from the EU markets to those outside the EU.

On the other hand, our research suggests that Ireland has benefited significantly during this period. We estimate a resulted growth of total post-Brexit services exports by £24 billion annually over 2016-2019 in Ireland compared to the counterfactual scenario if Brexit did not occur. This translates to an impressive 14.75% of Ireland’s 2019 total services exports. This growth is clustered in particular in the ‘Telecoms’, ‘Business’, ‘Intellectual Property’ and ‘Insurance’ sectors.

There are other winners besides Ireland in some post-Brexit services areas. The Netherlands have increased considerably in ‘Business’ and ‘Intellectual Property’ exports. Spain has seen growth in ‘Travel and transport’ services exports. Germany has gained in ‘Transport’, ‘Insurance’, ‘Telecom’ and ‘Intellectual Property’ services exports. While Ireland seems to have done exceptionally well in relation to the export of ‘Telecom’ services, a sharp contrast emerges to the lost exports not just from the UK, but also from the Netherlands, Switzerland and France.

It will take some time for the full impact of Brexit on UK services to emerge. Freedom of movement and data flow in some areas between the UK and EU could remain restricted. Stability, transparency and regulatory consistency in financial markets could be challenged. But new opportunities might surface.

Continued trade negotiations and dialogues regarding trade liberalisation are essential with the EU and large, fast-growing markets beyond Europe. Crucial to understanding these impacts will be reliable data and rigorous analysis. Our modelling of marked losers and winners in post-Brexit services trade begins this task.

By Professor Jun Du and Dr Oleksandr Shepotylo, both in Economics, Finance and Entrepreneurship at Aston University.