Postponing the Brexit vote: an odd decision that makes Theresa May look weak 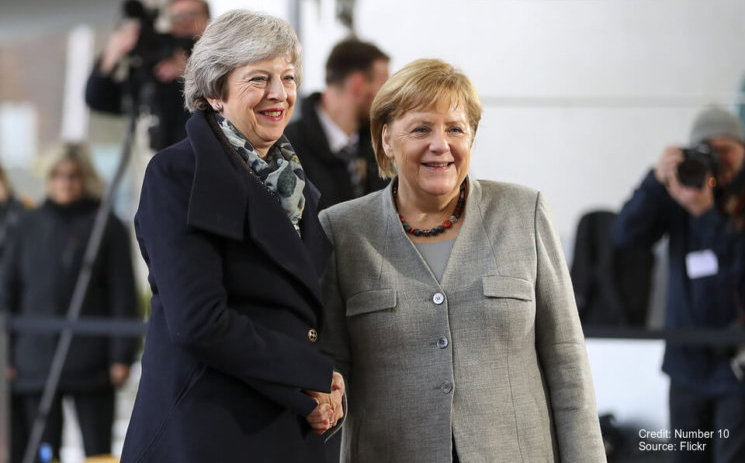 The Westminster bubble has been gripped by Theresa May’s dilemma for weeks: committed to having a vote on the deal she negotiated to leave the European Union, but facing almost certain defeat. Endless flowcharts have been drawn, pundits mined for information, and vox pops taken in high streets up and down the country.

And perhaps all for nothing.

May’s last minute announcement that the meaningful vote is to be postponed was not the most surprising thing she could have presented to MPs, but it does go against what she and her supporters were saying up until a few hours previously. Bleak though the situation looked for Number 10, the line had very consistently been that the vote would take place and that what happened would be dealt with thereafter.

Even if the nominal optimism about May’s being “the best possible deal” and one that delivered on the result of the 2016 referendum looked very forced, the willingness to press on did carry some weight.

Importantly, we should recall that the vote was to be the first part of British ratification. Legislation was then to be passed afterwards to embody the withdrawal agreement into UK law: the time needed for this process meant that delay would cause issues down the line for getting everything sorted by March 29 next year.

All of this makes the postponement decision look both odd and weak. In particular, it suggests that Number 10 does not feel confident about its position right now. Rather than being willing to accept a (likely heavy) defeat and then move on with finding practical remedies, May appears to be avoiding the very first hurdle.

This is strange, because until the vote actually occurs, it will be hard for Number 10 or the whips to know exactly who is rebelling and how biddable they might be. As a basic rule of negotiation, delay only makes sense if you have an active plan to improve the situation for later resolution: it’s not enough to just leave things and hope they’ll sort themselves out. If nothing else, more time means more time for your opponents to move against you.

So what is May’s plan? This appears to involve two elements – one internal, the other external.

Externally, May is going to continue her work of the weekend and will seek some concessions from the EU. For their part, the EU institutions have been very forceful in their statements that they will not consider any renegotiation of the withdrawal agreement, including the backstop arrangements for Ireland.

To her credit, May does acknowledge that any negotiated exit from the EU is going to need to include that backstop. But her stated desire to see if there is any wiggle room doesn’t come from a position of strength.

There might be some scope to make changes to the political declaration on the future relationship between the UK and the EU to offer some reassurances on the backstop, but that is a non-binding agreement so it’s hard to see how it would placate MPs back home.

Even this would be extracted with difficulty: from the European end of things, the decision to delay the vote is just the latest in a long and antagonising process. Time and again, the UK has failed to stick with its plans and sought instead to get further concessions.

The EU is much more focused on other issues – migration, the eurozone, Russia – so Brexit is an annoyance and one that it sees little reason to indulge.

It is partly for that reason that May also announced work to increase the role of the UK parliament in the backstop arrangements. One version of this was floated by May the week before the delay was announced. She said then that she’d seek to give the House of Commons a vote on triggering the use of the backstop.

Critics and commentators rightly pointed out that this was undermined by the wording of the withdrawal agreement, which makes the backstop come into effect automatically in the absence of either the transitional arrangements or a new UK-EU treaty that addresses the border in Ireland.

This time around, the offer is more vague, but is likely to run into the same problem: domestic arrangements will have to work around the international treaty commitments in the withdrawal agreement. Given all these difficulties, May’s decision looks more hopeful than considered. A delay of days or even weeks isn’t going to change the situation in which she finds herself.

Indeed, perhaps the biggest effect will be to ramp up once more the chances of a no deal outcome. The Article 50 clock is still counting down to March 29, 2019 and each day that passes curtails the opportunities to build a consensus around a course of action.

For a parliament that agrees on little other than it really doesn’t want to leave the EU without a deal, even the ramping up of no deal contingency planning is going to do little to help: the case for this scenario’s undesirability has been made and accepted.

Desperate times may call for desperate measures, but that doesn’t mean they’re any good. May can expect a very cold Christmas.

By Simon Usherwood, Reader in Politics, University of Surrey. This article is republished from The Conversation under a Creative Commons license. Read the original article.