Predicting the Brexit gains and losses 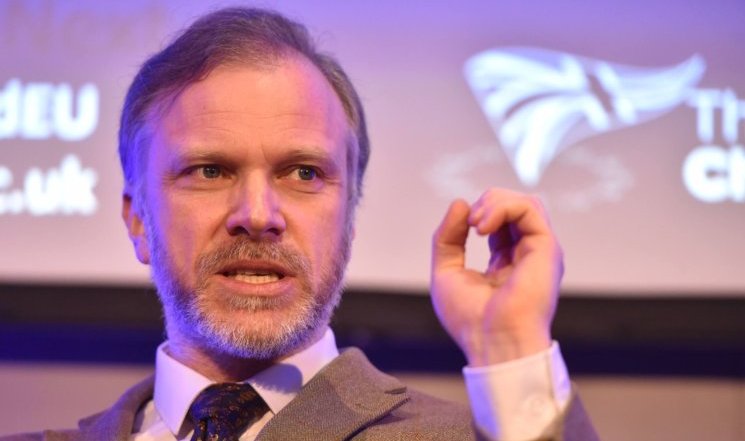 I spent Monday at the UK in a Changing Europe’s “After Article 50 – What next?” conference. The Economics of Brexit panel, which I was on, covered a lot of territory, including why economists got their predictions of immediate recession, following the EU Referendum result, wrong, what economic opportunities there might be after Brexit, what challenges there might be in getting a trade deal with the US, whether immigration from the EU might fall and whether that will create economic problems, and many other issues.

I’d like to highlight a couple of points that I think are worth emphasising. First, economists should not be allowed to re-write history by claiming not many of them had predicted a recession following the EU referendum. According to a Bloomberg poll conducted immediately after the Referendum, in late June 2016, 71.4 per cent of economists expected a recession in 2016 or 2017. That was the view of the Treasury in its short-term Brexit impact forecast.

It was also the view underpinning the Bank of England’s interest rate cut in August 2016. Thus the notion that only a few politically motivated eccentrics claimed there would be a recession is well wide of the mark. Most economists involved in short-term forecasting claimed that and the view was embedded in both UK Treasury and Bank of England policy.

It was also not a stupid view. The Treasury expected that leaving the EU would lead to national income being around 6 per cent lower in 2030 than if we’d stayed. If that was correct and anticipated by consumers, we should have expected consumers and businesses, knowing households would have to consume less over the long-term, to smooth out that reduction by bringing some of it forward to today. That should have induced a 3 per cent to 5 per cent cut in consumption in the short-term.

It didn’t happen. The correct economic interpretation of its not happening is that economic agents do not believe they will be 6 per cent worse off by 2030. They might be wrong in that. But economists would normally claim that the economy’s own expectations about the future are the best estimate we can use — that’s called the “Rational Expectations Hypothesis”.

A big depreciation should initially mean imports become more expensive, so the trade balance worsens. Then, later, as prices adjust, import prices will rise (we’ll get inflation) and exports will rise. That means more net exports in GDP, so GDP will be boosted.

We have so far had only the first part of that effect. In 2017 we should expect net exports to rise. There will, I believe, be a negative impact from Brexit by around 2021, but most of it will occur in 2019 and 2020 — when we actually leave — and it will be transition costs, caught up during the 2020s.

By around 2030 we should expect GDP to be about the same as it would have been if we’d remained in the EU. There will be some losses — perhaps 2 per cent of GDP lost because the new free trade agreement we will do with the EU will not be as good as our current arrangement inside the Single Market. But there will be gains as well. First, we’ll not suffer some of the inappropriate regulation imposed on us that would have happened if we’d remained. Second, we have the simple matter of repatriating the UK’s net contribution.

We’ll also be able to do new trade deals with non-EU countries, which by 2030 will constitute around two thirds of our trade. The eurozone will grow faster, because by leaving the EU we will allow it to function better, enabling the euro to work. And future UK regulation can involve more experiments, where we try something, get it wrong and u-turn, rather than all our regulation being subject to the EU’s “ratchet” whereby once any measure in place it is almost impossible to undo.

The ratchet works well when the best thing to do is obvious — cut tariffs, strip away non-tariff barriers. When it is not obvious — e.g. how best to regulate the sharing economy, the commercial exploitation of space, vaping, or green technologies — being able to experiment and u-turn is valuable. The UK can become an international leader the regulation of these new sectors by being able to experiment.

A last thing to mention is immigration. I do not believe net immigration to the UK will fall much as a consequence of Brexit. It would have fallen anyway, during the 2020s, as the eurozone economy recovered and there was less pressure from jobs scarcity in the EU forcing EU citizens to look for work in the UK. The UK government will be able, with only modest additional controls put on immigration from the EU, to claim a political dividend from falling immigration and declare that it has regained control.

My fellow panellists had excellent objections to all the points above. Check them out for yourself. The (remarkably well-informed) audience also made some excellent points. History will judge.