Preparing the economy for a no deal Brexit 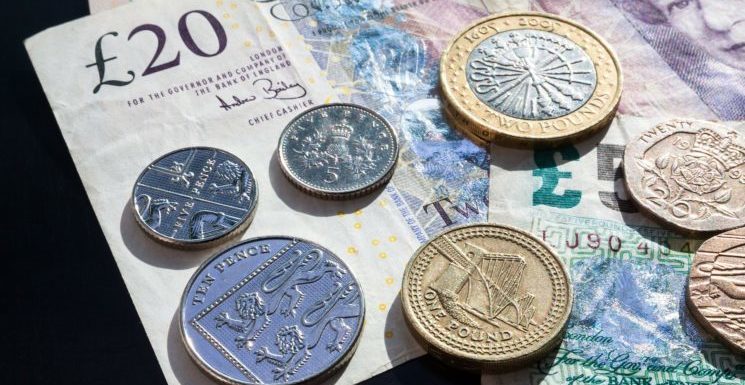 It’s a well-worn trope that no one knows what the economic impact of a no deal Brexit would be. And for good reason.

The scale of disruption at the border, in supply chains and in the wider economy, is impossible to predict with any accuracy.

Much would depend on the timing and the success of the government’s preparations.

This is why estimates of the hit to the economy have varied so widely.

The OECD has forecast the UK’s economy could be by 2022 after a no deal. The Bank of England thinks it could be as much as 6 per cent in a ‘disorderly’ Brexit.

That would be catastrophic, though still far smaller than the 12 per cent hit to the economy in the two years following the financial crisis.

Given all this uncertainty, the natural reaction for economic policy makers might be to throw up their hands in defeat and decide to work out how best to support the economy if and when a no deal exit happens.

But any delay risks making the impact of no deal worse.

So can the Treasury and the Bank of England prepare, even though no one knows how big the hit will be?

Yes, is the unequivocal answer in new Resolution Foundation research.

In order to prepare, we need to understand that a no deal exit would trigger three distinct, although self-reinforcing, economic shocks.

First, demand in the economy would shrink, as falling confidence and rising uncertainty would hold back consumer spending and investment.

Second, short-term supply issues like disruption at the border would hamper production.

And third, the long-term productive capacity of the UK is likely to be lower because liberalising non-EU trade will not make up for the loss of open access to the single market.

Macroeconomic policy will need to respond to each of these three shocks in different ways.

Monetary policy has an important role to play in supporting demand—reducing interest rates to encourage spending and investment.

Some argue that a no deal exit will lead to a big fall in sterling, leading to a spike in inflation, and the Bank of England should respond by raising rates. Indeed, Mark Carney said the monetary policy response will “not be automatic”.

But raising rates would simply make a recession worse while the increase in inflation would only be temporary.

The bigger challenge for monetary policy is that, with interest rates close to historic lows, they cannot be cut much further.

Purchasing government bonds (so-called quantitative easing) would provide some extra stimulus. However, monetary policy is only likely to stimulate the economy by around 1 per cent, just a fraction of the 7 per cent boost provided in the financial crisis.

This means that the Treasury will need to step-in and use active fiscal policy to both support demand and, crucially, ameliorate the short- and long-term supply shocks.

A government stimulus package could be designed in many different ways. But to be most effective it should be enacted quickly, be well-targeted and be temporary. And each of the three economic shocks need specific tailored responses.

For example, a demand stimulus should support those on lower incomes who are most likely to be negatively affected.

This could involve uprating welfare payments above the rate of inflation. 70 per cent of the gains from this policy would go to households in the bottom half of the income distribution.

Other attractive options would include temporarily cutting VAT—a 2.5 percentage point cut would costs around £15bn a year—and increasing spending on capital investment, such as infrastructure.

A VAT cut has the advantage of being a quick way to stimulate the economy, while increased capital spending is typically the most effective method of boosting the economy.

Measures to target the short- and long-term supply shocks would need to be specific to the economic consequences of no deal.

Short-term disruption to trade and supply chains could put pressure on exposed businesses. The government could provide emergency financial support, in the form of loans to firms experiencing cash-flow pressures.

Without this support viable businesses might collapse and lead to a permanent loss of productive capacity in the UK economy. HMRC could also extend grace periods for the payment of VAT and employer National Insurance Contributions.

The economy will also need to adapt to the reality of restricted access to the European market and (potentially) greater access to markets outside Europe.

Some industries will need to shrink, reflecting a smaller market for its goods (e.g. financial services), while others may need to expand (e.g. food production).

Fiscal policy should focus on smoothing this structural shift. Measures could include government-guaranteed loans to help firms make new productive investments, and expanded training opportunities for newly unemployed workers to gain skills in other sectors.

Taken together, we estimate a reasonable package for ‘Emergency Supply Support’ and ‘Transitional Supply Support‘ will require additional government borrowing of £20 billion in 2020.

A no deal Brexit remains a possibility for the UK in the coming months, despite parliament legislating against it. We cannot entirely prevent its negative impact on the economy.

But by preparing now, and taking action on day one of a no deal Brexit, fiscal and monetary policy can help to limit the damage.

By James Smith, Research Director and Jack Leslie, Research and Policy Analyst, both at Resolution Foundation.