Preserving equal treatment while keeping the UK inside 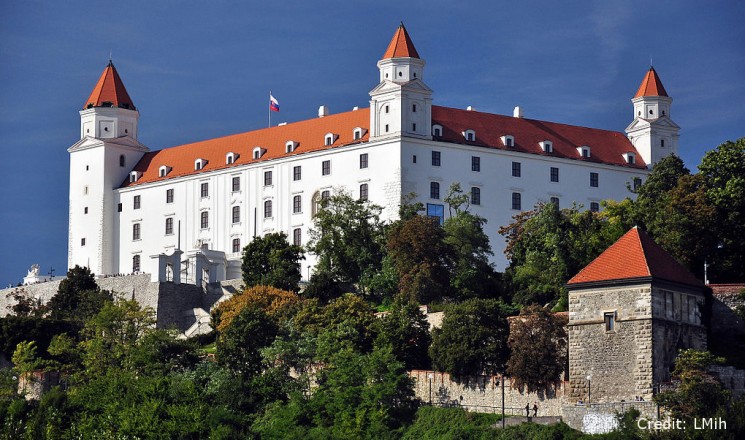 The United Kingdom has been an important reference point for Slovakia’s dealings with the European Union. In the early half of the last decade, Bratislava viewed the UK as a champion of EU enlargement. London strongly supported the EU accession of post-communist states and ranked consistently among the top three foreign investors in Slovakia. Its decision to open the country’s labour market to new member states in May 2004 reinforced the UK’s friendly image. Britain also played an important role in the EU’s launch of its European Neighbourhood Policy, which helped structure new political relations between Slovakia and its biggest neighbour Ukraine.

More recently the positions of the two countries have diverged institutionally as a result of Slovakia joining Schengen in 2007 and adopting the euro in 2009. Policy preferences have also shifted. The UK has become tougher on labour migration. And London has been playing a less visible role in the EU’s neighbourhood policy. Despite this, some common aims remain. This is especially so on issues such as an improved single market and trade and investment policies where Slovakia, as a small open economy, has for years shared London’s broad push for a liberal economic order.

Despite recent intra-EU clashes over the ongoing refugee crisis, Slovakia’s consistent goal has been to solidify its place in the Union’s political core and to help preserve the EU’s broader political cohesion against the backdrop of its growing problems. Hence, a Brexit could challenge Slovakia’s preference for the EU’s future as much as it could undermine the strength of the EU’s liberal economic voice.

Moreover, with Slovakia’s upcoming EU Council Presidency in the latter half of 2016, the country has to think about the wider implications of the UK’s EU referendum as it may well be managing its consequences from the position of having to be an honest broker in Brussels. While Bratislava’s preference for keeping the UK inside the club is clear, it does not come at any price. Slovakia has already articulated important red lines in the run-up to more detailed negotiations over the UK’s future EU membership.

First and foremost, Bratislava is keen to underscore and preserve the principle of equal treatment in the EU. Most importantly, Slovakia does not want to undermine free movement of labour across the Union. With a six digit number of Slovak workers in the UK, any future deal on labour migration must ensure that a family from Slovakia working in the UK is entitled to the same benefits and rights as a similar Dutch or Scottish family living and working in London.

Slovakia is also sensitive to any undermining of equal treatment of member states. As a Eurozone member, Bratislava wants to prevent permanent dividing lines between users and aspiring users of the common European currency. While not currently on the agenda, future enlargement of the Eurozone to Visegrad neighbours especially are in Slovakia’s strategic and economic interest.

Slovak officials have also consistently argued against opening up the EU treaties. The EU’s cohesion could be further weakened if the treaties were reopened. At the same time, Bratislava will probably welcome a further strengthening of the role of national parliaments in EU policymaking. While the legal prerogatives of the Slovak parliament are strong in EU matters, practically they are hardly used due to a lack of resources and human capital in the country’s legislative body. Hence, a debate on yellow, red or green parliamentary cards could mobilise further domestic changes towards greater transparency and legitimacy of EU-related decisions.

Finally, as an export based, small economy, Slovakia is keen to foster greater competitiveness across the EU. The country’s strategic goal is to catch up with the average level of wealth in the EU through sustainable sources of economic growth. The Slovak EU Council Presidency in 2016 will strongly promote further work on the single digital market, EU capital markets, and external EU trade relations. In short, while Slovakia has some clear priorities when it comes to renegotiating the terms of UK membership, its strategic interest is to help keep the UK in the EU in order to ensure a stronger and workable Union.

This article by Vladimír Bilčík, Head of the EU Program at the Slovak Foreign Policy Association and Lecturer at Comenius University, originally appeared in the LSE’s EUROPP blog.