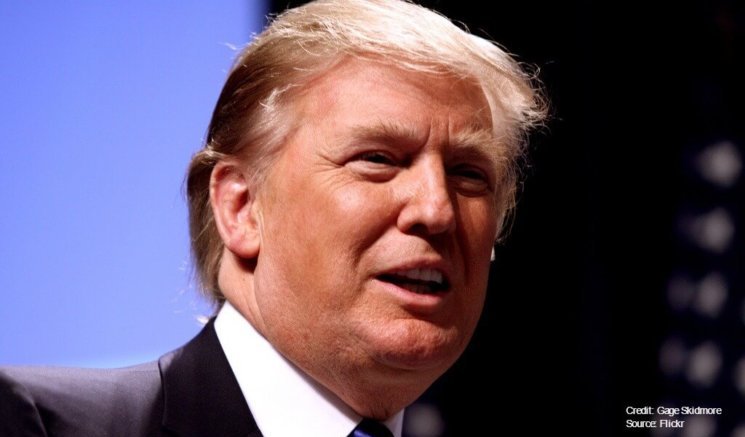 President Donald Trump does not seem to like much across the pond.

He is at logger-heads with two of America’s closest and staunchest allies, Germany and Britain. His comments to Chancellor Angela Merkel have been extremely negative and undermine her already difficult political position: in July he said that Germany was totally controlled by Russia because of gas dependence.

Theresa May has hardly fared any better, while Brexiteers Nigel Farage and Boris Johnson have been lauded. Meanwhile, Trump has constantly liked and admired President Vladimir Putin.

However, one must qualify any generalisation about Trump because his views fluctuate, changing endlessly in a bewildering kaleidoscope.

Notwithstanding that difficulty, it is clear Trump’s gallivanting has damaged British and European interests by:

For the UK this is all quite worrying, since using the opportunity of Brexit to rediscover its apparently lost global standing means strengthening, or at least maintaining, its ties with the US.

What is at stake here?

Well, the simple facts of early post-war transatlantic relations tell an instructive story. The US stayed in Europe, reversing 200 years of isolationism, and underwrote its economic recovery; it strongly supported European integration; in NATO it offered the three musketeers’ principle of ‘one for all and all for one’.

In playing key roles in drafting the International Monetary Fund, the UN charter and the General Agreement on Tariffs and Trade it was the main architect of a new economic and security world order.

Much of this was achieved in collaboration with Britain through the Special Relationship, the apogee of which, as Prime Minister James Callaghan once told me, was the Second World War.

After the war, the Special Relationship continued – and it was not just a one-way street. In 1950, the US Ambassador in the UK, Lew Douglas, noted Britain’s importance: ‘[it] is the only power, in addition to ourselves, west of the Iron Curtain capable of wielding substantial military strength. This assembly of facts, though some may disagree with a few of them, make a special relationship between the US and the UK as inescapable as the facts themselves.’

As time went by France and Germany made huge contributions to transatlantic welfare as economic and security partners of the US, while Britain continued its special relationship even as it declined relative to other powers.

The atomic agreement between Britain and the US in 1958 paved the way for the Polaris and successive agreements to provide delivery systems for Britain’s nuclear deterrent. Intelligence cooperation also broadened and deepened. Those co-operations continue.

But there have always been problems.

The disappearance of strategic certainties of the Cold War produced difficulties and on-going debates about the purpose of NATO, Anglo-American relations, and US-EU relations. The divide increased after the 2003 invasion of Iraq, and more than at any time before scrutiny and analysis of transatlantic relations became highly critical.

The former German Chancellor Schröder expressed the view that NATO was ‘no longer the primary venue where transatlantic partners discuss and coordinate strategies’.

Meanwhile the gap between defence expenditure on each side of the Atlantic was rapidly widening (3.9% of GDP in the USA and an average of 1.75% in Europe), with massive discrepancies arising in military capabilities.

In 2003 US Defense Secretary Donald Rumsfeld seemed completely to discount the value of the Anglo-American special relationship when he declared that the US could very well do without British troops for the war of liberation in Iraq.

Such difficulties were challenging and hugely difficult to manage, but on the whole they were. But now how to deal with the problems posed by Trump?

One might ask if there is a common theme running through the examples of gallivanting laid out above.

The answer might in fact be “yes”: Trump is driven by a need to sustain domestic popularity at home in the US, which entails:

If all this comes near catching the character of the Trump presidency then clearly, there is much to be concerned about, though one might be tempted to say that we have been here before. But this time there are differences.

Even George W. Bush, at the height of his unpopularity in Europe and the UK, was nowhere near so viscerally disliked, nor seen by so many as so dangerously inept in foreign affairs as Trump.

So, the crucial question is: Does the President and the way that he behaves count crucially in foreign relations?

The answer is ‘yes’ and maybe ‘no’. In the present he is clearly central to US foreign relations, but as with coral reefs there is much that extends downwards and out of sight. It is difficult to assess the impact and how any changes might play out in the medium to long-term.

Similarly, there are broad webs of political, diplomatic, business and cultural ties that are resilient in the face of presidential actions and style.

In the end it comes down to two questions: Is the Trump effect more powerful than the resilience of those ties, many of which have strong institutional structures?

Secondly: How resilient is the US constitutional system in terms of keeping Trump within legitimate parameters of power?

It sounds a cliché, but as a historian venturing into the realm of the present and near future the best way to end is to answer both questions by saying: Only time, chance, the American electorate and political system, and the degree of resilience in past friendly multilateral and bilateral relations will tell.