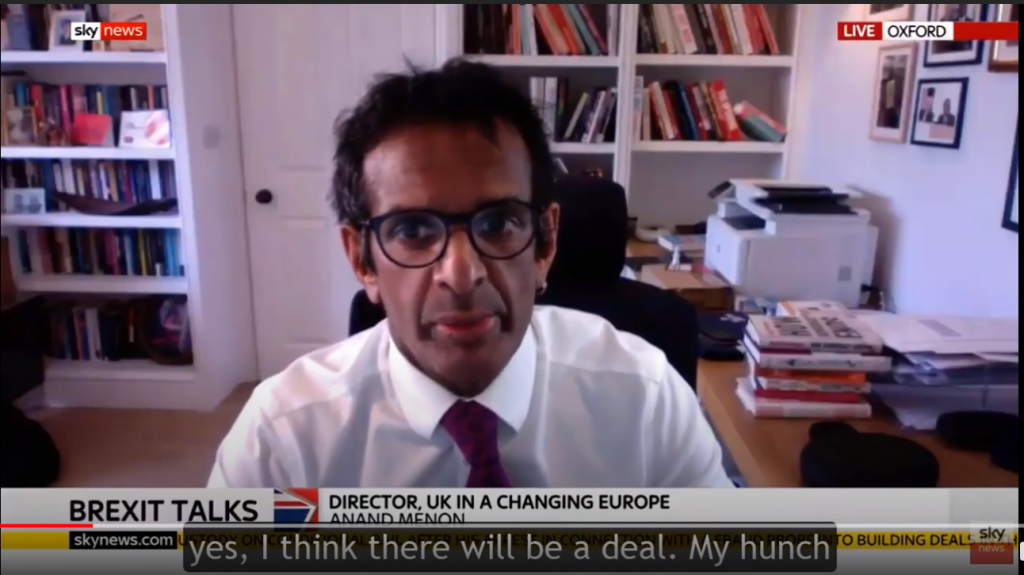 Anand Menon spoke on Sky News about Saturday’s call between Ursula von der Leyen and Boris Johnson, about where Brexit negotiations have got to. He says while the call is useful, von der Leyen will have to speak to her member states after the call, as that’s where the problems are coming from, rather than Brussels.