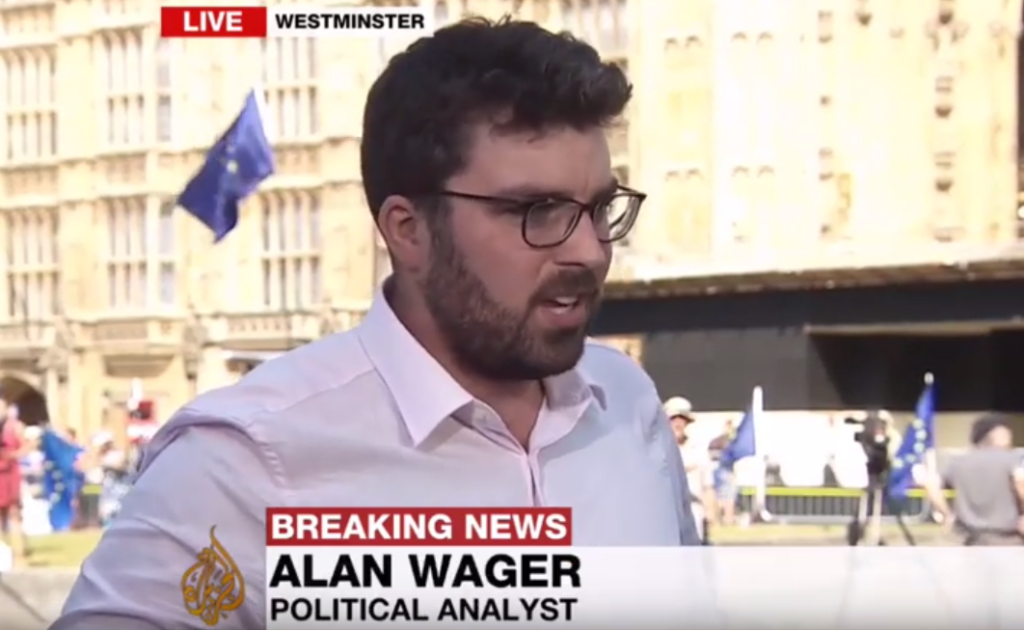 Dr Alan Wager’s appearance on the Al Jazeera news channel, later in the afternoon after Boris Johnson was elected as Theresa May’s successor as Leader of the Conservative Party. Alan discusses the likelihood of Boris Johnson being able to get a Brexit deal past Parliament, and the possible stumbling blocks of no deal and a general election.