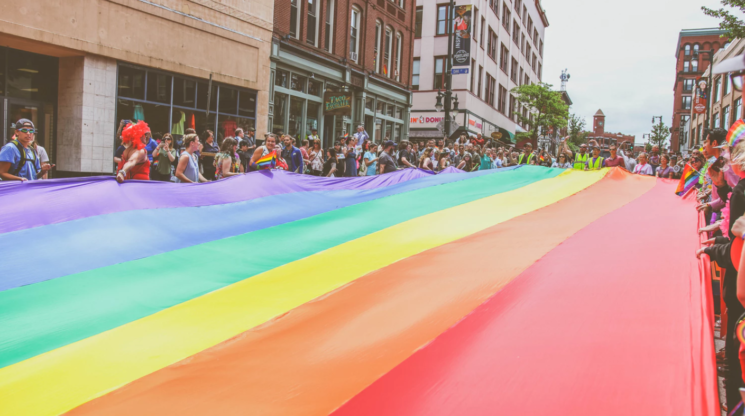 Pride matters. It celebrates diversity and lesbian, gay, bisexual and trans identity. Pride 2019 matters more than most: it’s also a memorial of the events that led to blossoming of LGBT consciousness fifty years ago.

On this day fifty years ago, the queers and the drag queens had enough of police harassment. An unremarkable New York gay bar was raided once too often and instead of meekly accepting their arrest, the customers took to the streets in protest and were quickly joined by others. The drag queens and trans women led the call to arms, gay men and lesbians were their loyal lieutenants and three nights of protest followed. The rebellion was named after the gay bar, the Stonewall Inn, and the modern LGBT rights movement was born.

A marvel of the 21st century has been the speed with which LGBT equality has been fostered within the UK. At the close of the 20th century, the only laws applicable to the lesbian and gay community penalised us.

There were specific criminal laws that only targeted gay men. There was an unequal age of consent and the odious Section 28 continued to blight the lives of gay and lesbian people, particularly LGBT+ youth. No laws protected us. We could be fired or thrown out of our homes simply because our employers and/or landlords did not want queers in their workplace or in their properties.

Infamously, in the mid-90s four members of the armed forces had the temerity to challenge the fact that they’d been fired because they were gay and lesbian. They lost that legal challenge. English law upheld their dismissal. The future was bleak.

Yet a decade later UK law fully recognised the equality of LGBT people. We would still need some tweaking here and there, but the principle of equality was firmly established. And in 2016, when David Cameron resigned as Prime Minister, he heralded as one of his greatest successes the fact he had pushed through equal marriage, arguably his finest legacy. Yet this was the same David Cameron who as a new MP had voted to retain Section 28.

Where did this commitment to LGBT equality come from? Why did it happen? The reality is that the UK’s journey towards full equality for LGBT people could not have happened without the EU. And so, when we reflect on, and cherish, that marvel which is LGBT equality, we must begin our journey with the EU.

Could Cameron have evolved without the measures adopted under the auspices of the EU which made LGBT rights a vote winner? Tony Blair and Gordon Brown’s governments are rightly credited for establishing LGBT equality, but could they have achieved what they did without the EU?

We can pinpoint the date when the transformation in relation to LGBT equality took place: the signing of the Amsterdam Treaty on 2 October 1997. That Treaty, which streamlined the EU and prepared it for the 21st Century, created new competences for the EU. It also consigned LGBT discrimination in the EU to the dustbin of history. Article 13 of that Treaty put beyond doubt the fact that discrimination on grounds of sexual orientation is incompatible with the single market.

As well as providing the basis for LGBT equality in the UK, the drafting of Article 13 is also a perfect example of the democratic workings of the EU. The position of the Commission for decades had been that it had no competence in relation to sexual orientation discrimination. The Council and member states had shown little or no interest and were prepared to go along with the Commission’s position.

But MEPs were less compliant. Since the first directly elected European Parliament in 1979, groupings of MEPs had consistently argued for the protection of gay and lesbian people, and they carefully, but doggedly, created an unimpeachable position whereby the EU had to act to protect against LGBT discrimination.

MEPs were then able to use their role in the Amsterdam Treaty process to ensure that Article 13 contained a prohibition on discrimination, including on grounds of sexual orientation. It was a masterclass in MEPs and civil society working together, and in the end the Council had no choice but to accept the inclusion of sexual orientation within Article 13 and with that the competence of the EU to end LGBT discrimination was beyond doubt.

During the drafting John Major’s Conservative government in the UK had been clear that they would not support Article 13 in the form that it was adopted. But when it came to agreeing the final text, Major’s Britain had been transformed by Blair’s optimism. These were early moments in the genesis of LGBT rights.

The culture of Section 28 still pervaded across the UK. The New Labour government took small and tentative steps in relation to LGBT rights, but luckily their work had been done for them. By the time they turned up to sign the Amsterdam Treaty, protection from discrimination on the grounds of sexual orientation was firmly ensconced in Article 13.

The UK now had no choice. Thanks to the EU, for the first time, laws protected LGBT people at work. First came Regulations and it is now the Equality Act 2010 that gives effect to that Directive.

The EU’s commitment to LGBT rights did not end there. By the late ‘90s it was clear that human rights protection within the EU was too diffuse. It was therefore decided that the human rights that people within the EU can take for granted should be set out in one document, and the EU Charter of Fundamental Rights was conceived.

The Charter is a remarkable statement of 21st century human rights guarantees. It is the only international human rights document that expressly protects against discrimination on the ground of sexual orientation. As such it makes clear that discrimination against gay men, lesbians and bisexuals violates human rights law.

One of the first acts of Theresa May’s government was to jettison the EU Charter. It will not remain part of UK law after Brexit. Losing the Charter does matter, as we are removing from the UK’s jurisdiction the only international set of rights that expressly protects LGBT people. That is counter-intuitive.

This could be the last Pride that we celebrate in the UK as members of the EU and as we express our gratitude to all those who established LGBT rights, we should reflect on whether without the EU making LGBT rights real, would we be able to take our equality for granted?

By Jonathan Cooper OBE, an international human rights lawyer and a barrister at Doughty Street Chambers.